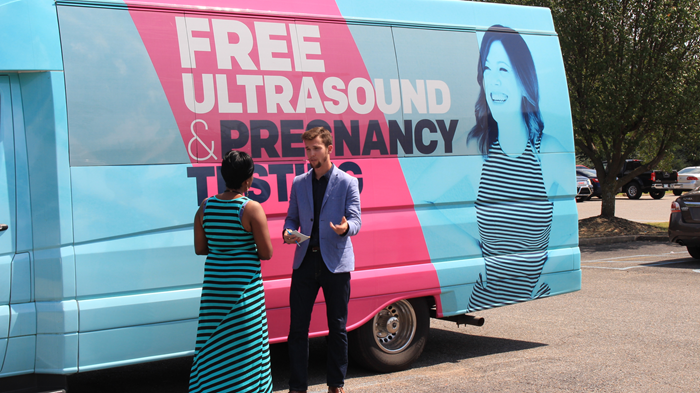 Pro-life pregnancy centers that oppose a California law requiring them to promote abortion resources will get to take their First Amendment claim to the US Supreme Court.

The high court announced Monday that it will hear the case of National Institute of Family and Life Advocates v. Becerra, one of four lawsuits filed against the state’s Reproductive Freedom, Accountability, Comprehensive Care, and Transparency (FACT) Act.

The 2015 law requires centers to post notices including contact information for local providers of free or low-cost abortions and contraception, which pro-life groups argue forces them to communicate a message that violates their beliefs.

“The state should protect freedom of speech and freedom from coerced speech,” said Kevin Theriot, senior counsel for Alliance Defending Freedom (ADF), who is representing National Institute of Family and Life Advocates (NIFLA). “Information about abortion is just about everywhere, so the government doesn’t need to punish pro-life centers for declining to advertise for the very act they can’t promote.”

The NIFLA network represents 137 of California’s roughly 200 pregnancy centers, and works to convert them into licensed medical clinics. The FACT Act also requires unlicensed clinics to indicate their unlicensed status in their marketing and advertising.

The Ninth Circuit Court of Appeals upheld the law last October, saying that informing clients of “family-planning services” does not constitute an endorsement. However, a recent challenge to the law led a Southern California judge to issue a permanent injunction against it, Baptist Press reported.

The Supreme Court said it will limit its consideration of the California case to the question of free speech, and is therefore not expected to address claims of religious freedom violations. NIFLA had initially petitioned the court for both First Amendment claims. (The biggest religious freedom case in Washington next year is expected to be Masterpiece Cakeshop Ltd. v. Colorado Civil Rights Commission, the Christian baker fighting for the right to decline to bake for gay weddings.)

Evangelical groups, including the National Association of Evangelicals and pro-life ministry Care Net, have filed amicus briefs siding with NIFLA. Care Net’s brief said the FACT Act targeted pregnancy crisis centers, given the state’s lack of regulations on abortion; California is one of about a dozen states that don’t require parental consent for a minor to get an abortion, for example.

For years, pro-choice advocates and some government entities have characterized pregnancy centers as deceptive and coercive, given that many have an explicit goal to help women choose to keep their babies.

A new law passed this year in Hawaii, requiring pregnancy centers to display notice of publicly available family planning services, has led Christians to raise similar concerns as in California.

When challenged in court, many laws similar to California’s have been reversed:

Hartford, Connecticut, announced last week that it was considering a regulation like California’s, including a $100-a-day fine for pregnancy centers that do not meet the disclosure requirements.

A few years ago, NARAL Pro-Choice America lobbied Google and Yahoo to take down “deceptive” pregnancy center ads that appeared at the top of search results for abortion. France has also penalized pro-life sites that pose as “official or neutral.”

CT previously covered how Care Net aims to let potential clients know that it won’t provide abortions or abortion referrals—without any law requiring it to do so.

“Critics of pregnancy centers claim that this is not enough,” a 2016 Care Net report stated. “They claim that in order to meet some arbitrary standard of ‘non-deception’ (a standard that only those critics themselves have created), pregnancy centers should have large, publicly visible signs on their buildings stating that they do not perform or refer for abortions.”

The 2018 ruling on NIFLA v. Becerra will apply to the other three suits challenging California’s FACT Act.

“This unbelievable government mandate forces pregnancy help centers and staff to be puppets of the government and channel the state’s abortion message,” said Mat Staver, founder and chairman of Liberty Counsel, which represents a case brought against California by Mountain Right to Life. “We are hopeful this forced speech law will be overturned by the Supreme Court.”

Illinois had similar concerns in mind when it modified a law to require doctors and nurses to notify pregnant patients of “all of their available options, including abortion.” Christian pregnancy centers that employ doctors have filed lawsuits against the state over the new law.