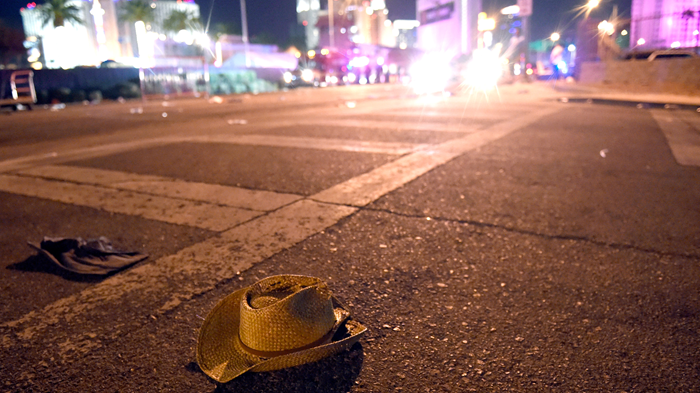 The morning after hundreds of country music fans were shot at a Las Vegas festival, President Donald Trump called on God to comfort grieving families and victims.

“Scripture teaches us the Lord is close to the brokenhearted and saves those who are crushed in spirit,” he said, referencing Psalm 34:18. “We seek comfort in those words, for we know that God lives in the hearts of those who grieve.”

The psalm he quoted ranks among the top verses that Bible readers turn to after mass shootings.

Bible Gateway analyzed search patterns surrounding Sunday night’s concert shooting as well as 18 other major incidents of violence over the past decade, including Virginia Tech in 2007, Sandy Hook Elementary in 2012, San Bernardino in 2015, and Orlando’s Pulse nightclub in 2016. Among the site’s 150 million-plus visitors a year, the four verses that saw distinct spikes in readership around those shootings were: