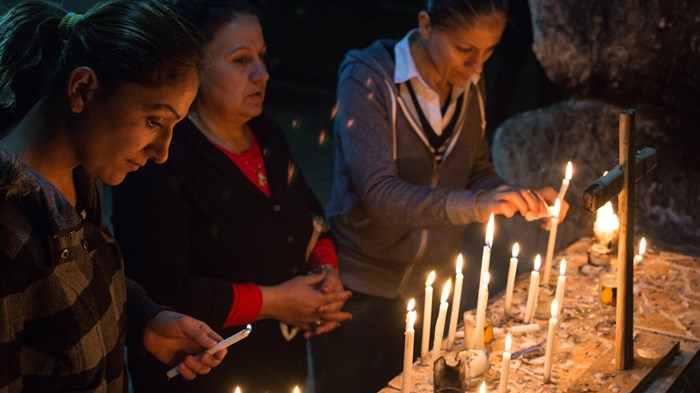 When Haitham Jazrawi started working at Kirkuk Presbyterian Church in Iraq in 1991, there were 72 families. Today, there are still 72 families—but only two of the originals remain. During his 26-year tenure as caretaker and then pastor, Jazrawi has seen a turnover of more than 300 families due to emigration.

Such an outward flow has been the norm in churches across the Middle East. In Iraq and Syria, countries ravaged by years of war and the terror of the Islamic State, roughly two-thirds of Christians have fled.

Among Jazrawi’s congregants, 50 percent are internally displaced from elsewhere in Iraq. “They come as refugees from inside our country,” said the Kirkuk pastor, “from the Nineveh Valley, from Nineveh, from other villages and cities.”

Soon, they may also come from outside of Iraq. With the Trump administration threatening to deport more than 1,400 Iraqis, hundreds of whom are Christians, a rare irony may present itself: the forced movement of Christians ...

Christians Could Return to Middle East, Thanks to ...