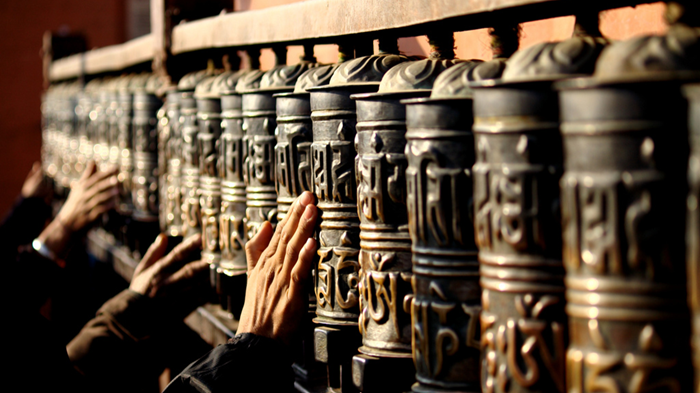 The “Nepali government [has] taken a regressive step as this law severely restricts our freedom of expression and our freedom of religion or belief,” said Tanka Subedi, chair of the national Religious Liberty Forum, to Christian Solidarity Worldwide (CSW). The pastor is 1 of an estimated 375,000 Christians living in the former Hindu kingdom.

The criminal code bill, which the parliament approved in August and President Bidhya Devi Bhandari signed last Monday, establishes further constitutional protections for Hinduism (which 80% of the population practices) by restricting religious conversion and “hurting of religious sentiment,” or blasphemy.

According to a Nepali Christian site, a section of the new law reads:

No one should involve or encourage in conversion of religion.

No one should convert a person from one religion to another religion or profess them own religion and belief with similar intention by using or not using any means of attraction and by disturbing religion or belief of any ethnic groups or community that being practiced since ancient times.

The amended criminal sanctions come a decade after the longtime Hindu monarchy declared itself a secular state, and two years after it adopted a new constitution.

Article 26 of the constitution stated that, “No one shall attempt to change or convert someone from one religion to another, or disturb/jeopardize the religion of others, and such acts/activities shall be punishable by law.”

At the time, CT reported how religious freedom advocates worried that this line in particular could be used as “groundwork for future restrictions and discrimination.” The fears of Elijah Brown, chief of staff at the 21st Century Wilberforce Initiative, and others have come true.

Last year, courts dropped charges against Christians accused of evangelizing to students in the aftermath of the devastating earthquake in Kathmandu, but the case was enough to raise concerns over the “forcible conversion” law.

We urge the Nepali government to repeal this unjust law and amend Article 26 (3) of the constitution as they both curtail the right to freedom of religion or belief and undermine Nepal's commitments under international law, a contradiction made even more striking as Nepal assumes its seat on the Human Rights Council.

Some Christian commentators on the criminal code bill initially declared it a worse threat to minority faiths than living under the officially Hindu state in the years before. The bill proposed “five years of imprisonment and a penalty of 50,000 rupees for anyone found guilty of converting a person from one religion to another.”

If the bill is passed, it’s feared that it will result in a situation worse than Pakistan's blasphemy law — a type of bill that can be misinterpreted and misused by anyone wanting to make a false accusation against anyone else.

More locally, this bill would mean Nepal would revert to a worse state of affairs than the previous Panchayat System (1960-1990), which resulted in minority religious groups being persecuted by the state.

As CT previously reported, Christians were banned from living in Nepal prior to 1960. Over the following decades, “Christianity grew by 10 to 20 percent annually, especially among Dalits at the bottom of Hindu society, making Nepal one of Asia's most stunning church growth stories.”

Despite the legal threats in recent years, Nepal has seen its Christian population triple over the past decade or so due to conversions. Popular folk singer Raju Pariyar joined the faith and was baptized in 2015. But Christians still make up just 1.4 percent of the 29 million residents.

The US State Department flagged anti-conversion and blasphemy laws as one of its biggest concerns for religious freedom globally, stating in 2012 that “such laws often violate freedoms of religion and expression and often are applied in a discriminatory manner.”

*Editor’s note: An earlier version of this post used the wrong conversion rate for Nepalese rupees. The correct US dollar equivalent is $500, not $770.