“Any act that is found morally repugnant by the vast majority of mankind and is insulting to our collective moral conscience cannot be part of God’s revealed will,” states the declaration’s third point.

“We will do all within our power to ensure that religious faith is a blessing to all mankind and the foundation for peace in the world,” concludes its fifth point.

“Even if this is just waving a flag, it is a very positive development,” said Ashty Bahro, a pastor in Dohuk, Iraq, and former chairman of the Evangelical Alliance in Kurdistan. “With such a high-level leader speaking out on the subject, it will encourage Muslims to accept the minorities in the region.”

The declaration [full text here] comes after months of dialogue in both the United States and the Middle East. It was symbolically signed by the mother of an ISIS suicide bomber in Saudi Arabia as well as one of his victims. 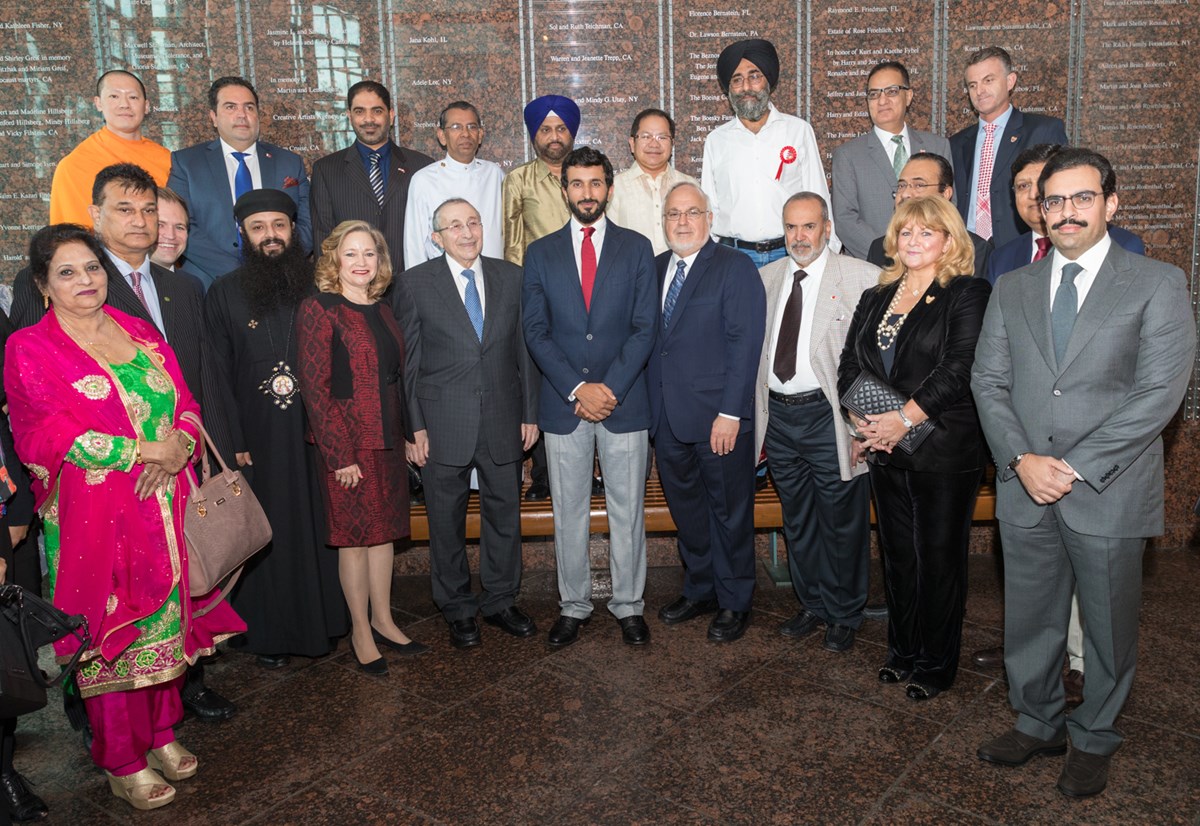 The effort builds upon previous declarations issued from the Muslim world, such as the Marrakesh Declaration (Morocco) in January 2016 and the Jakarta Declaration (Indonesia) in May that same year.

But this declaration is unique in that it is signed by a head of state, as opposed to a collection of scholars.

It also addresses the issue of the individual and his or her rights. Previous declarations stressed the need to protect religious minorities in the Muslim world.

The Marrakesh statement focused on Muhammad’s Charter of Medina as a historic template consistent with the United Nations’s Universal Declaration of Human Rights. The Jakarta statement emphasized the unique nature of Indonesian Islam as welcoming religious diversity.

Bob Roberts, pastor of 3,000-member NorthWood Church in Texas, was a key Christian participant in the Marrakesh statement. It had broader participation and deeper Islamic reflection, he told CT, and is already being implemented legally in some countries.

But the new declaration bears one strong advantage. “Bahrain created it and owns it,” said Roberts, though he looks forward to seeing the eventual legal code. “That paves the way for significant implementation beyond merely a declaration or statement.”

Moore said lawyers were involved in the drafting, and a December meeting in Bahrain is scheduled to integrate the declaration into law.

But while Bahrain stops short of specifically mentioning the right of conversion, it goes further than previous statements to address the individual aspects of religious tolerance.

“Compelled religion cannot bring a person into a meaningful relationship with God,” states the declaration’s second point. “People of all faiths should be accorded the right to congregate to worship, educate, celebrate, and practice the requirements of their respective faiths,” continues its fourth point.

The declaration states that Bahrain has had harmonious religious communities living side by side for hundreds of years. It is a majority Shia Muslim nation ruled by a Sunni monarchy, that also hosts a 200-year-old Hindu temple and is building the largest Catholic cathedral in the Arabian Peninsula.

International churches serve the 14 percent of the population that is Christian, drawn almost entirely from foreign guest workers. In 2013, Michael W. Smith gave a concert to 3,000 attendees at an indoor stadium.

“Bahrain has always been a pioneer in religious coexistence,” said Hrayr Jebejian, general secretary of the Bible Society in the Gulf, which operates two resource centers in the kingdom. “We need to create communities in today’s world where people live in harmony with each other, and this initiative affirms that even more.”

The 2010 census recognized over 1,000 “non-Muslim” citizens, understood to be several hundred indigenous Christians and a few dozen Jews.

Yet Bahrain ranks No. 48 on Open Doors’s World Watch List for Christian persecution. While noting relative freedom for Christians to practice their faith, proselytizing Muslims there is illegal. Bahrain’s constitution provides for religious freedom, but states that the practice should not violate established customs, public policy, or public morals.

“The deficiency in the Bahrain Declaration is that the freedom of choice it declares is limited to those choices within each religion,” said Imad Shehadeh, president of Jordan Evangelical Theological Seminary. “What is lacking is clear specification that this freedom should include changing one’s religion.”

Overall, Shehadeh welcomed and praised the declaration, but insisted it was not novel enough.

“Until there is a declaration that specifically states that Muslims can freely leave Islam in order to adopt another religion,” he told CT, “no sufficient progress has been made.”

Moore spoke about conversion directly with Bahraini authorities, and even encountered one Bahraini who spoke freely of becoming a Christian in the presence of government officials.

“No nation is perfect, but my perspective on Bahrain is isn't based upon speculation,” he told CT. “I went there, and assessed the situation myself.”

While the language of the declaration is similar to that in the Bahraini constitution, Moore said it reflects local realities, especially the sometimes controversial issue of Sunni-Shia relations.

“The declaration is written from within the Arab world to the outside, and not from outside the Arab world looking in,” he said. “It addresses freedom of choice without using incendiary language.” It was drafted in close consultation between Jews, Christians, Sunnis, and Shi’ites, he said.

“Ignorance is the enemy of peace,” states King Hamad bin Isa al Khalifa in the declaration. “It is, therefore, our duty to learn, to share, and to live together, by the tenets of faith in the spirit of mutual respect and love. Faith illuminates our path to peace.”

“As a Christian, I worship a Prince of Peace—Jesus—who is a Jew whom the Qur‘an calls a prophet,” said Moore at the signing ceremony. “Too many people do not know how to live with those diﬀerent than them, especially those with deeply held religious beliefs. But all it takes is a little bit of light to make all the darkness of the world flee in terror.”

CT previously examined what Arab Christians think of Muslim promises to protect them.