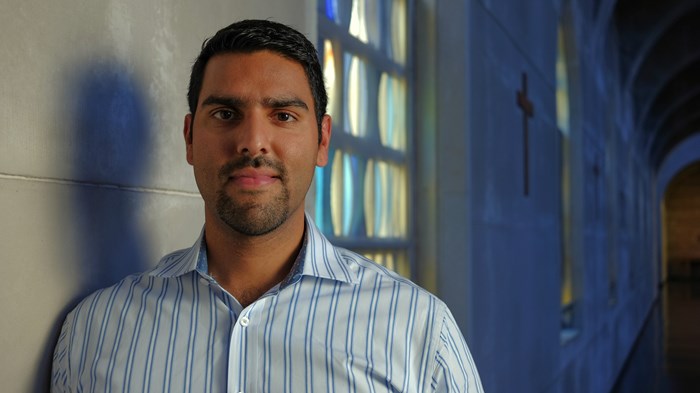 The 34-year-old convert from Islam was an itinerant speaker with Ravi Zacharias International Ministries (RZIM) until his diagnosis last summer. He spent months in aggressive treatment, including the removal of his stomach, all the while praying for a miracle to heal him.

In a September 8 video, the last one posted before his death, Qureshi announced that doctors had “given up” on treating him and put him on palliative care.

“If there’s something I’m wrestling with through all this, it’s ‘Where does my faith need to be?’ vs. ‘I, as a believer, am a real person. Where can I actually find my faith?’” he said.

“In other words, do I need to perform? Do I need to say, ‘I’m going to have this level of faith right now.’ Honestly, I don’t think so. I think God understands where I am right now and he comes alongside us in that and he loves us and gives us the strength.”

Qureshi had been receiving treatment at M. D. Anderson Cancer Center in Houston, where his home faced floods during Hurricane Harvey weeks before.

He was raised in a Pakistani-American Ahmadi Muslim family and came to faith reading the Bible to debate a medical school friend. He shared his testimony in his book, Seeking Allah, Finding Jesus, and in a 2014 issue of Christianity Today.

The God of the Bible “reached me through investigations, dreams, and visions, and called me to prayer in my suffering,” he said. “It was there that I found Jesus. To follow him is worth giving up everything.”

Ravi Zacharias and his team met with their ailing colleague for a preliminary goodbye in May. At the time, Zacharias wrote, “He is torn between what seems imminent and what is always possible with God.”

He described Qureshi as “one of the finest preachers I have ever heard.” [Editor’s note: Zacharias later shared a personal tribute to his protégé, as well as gave the eulogy at his memorial service.]

Qureshi got his M.D. from Eastern Virginia Medical School and held masters degrees in Christian apologetics from Biola University and in religion from Duke University.

He is also the author of No God but One: Allah or Jesus? and Answering Jihad: A Better Way Forward and had been working on another book, 20 Questions Muslims Ask and the Answers that Convert Them. The cross-cultural apologist was listed among CT’s 33 Christians under 33.

He leaves behind his wife, Michelle, and daughter, Ayah.