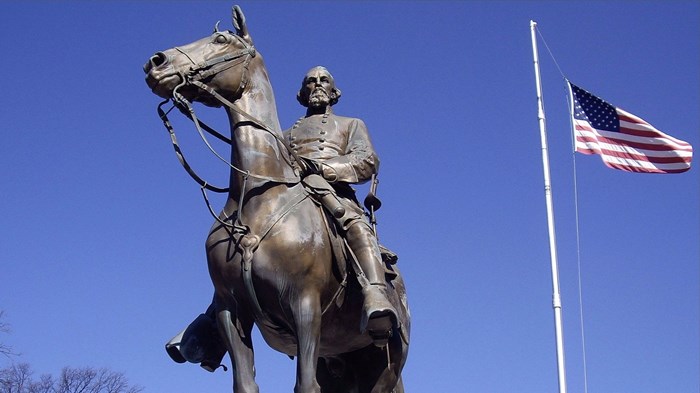 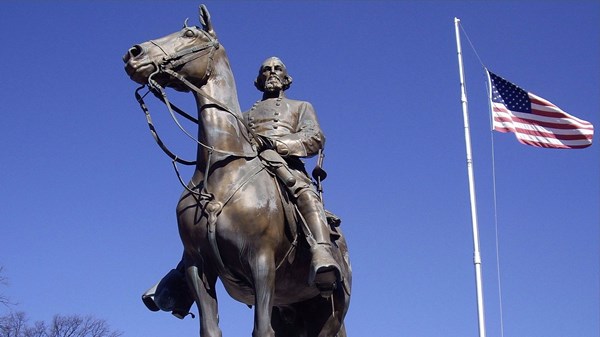 After Charlottesville, more Christians are aligning with efforts to remove Confederate names and landmarks. In the past week, the president of the Southern Baptist Convention (SBC) and about a dozen of its pastors called for the removal of a Confederate statue in Memphis, Tennessee, while members of a historic Episcopal church in Lexington, Virginia, voted to remove Robert E. Lee from its name.

The SBC’s Steve Gaines, senior pastor of Bellevue Baptist Church, joined more than 150 Memphis-area clergy in a letter requesting the state historical commission relocate a statue of Memphis native Nathan Bedford Forrest. The Confederate general and early Ku Klux Klan leader is buried in a city park that bore his name until 2013.

Both “are a source of offense to many citizens of Memphis due to Forrest’s and Davis’ support of the enslavement of African Americans,” he told Baptist Press. Two Civil War battles took place in the city, including a failed raid led by Forrest.

Confederate general Lee’s former parish, which was named R. E. Lee Memorial Episcopal Church more than 110 years ago, voted on Monday to change its name to Grace Episcopal Church. The church’s leaders were split 7–5 in favor. Their decision followed a contentious attempt to revert back to the earlier name in 2015, after the Charleston church shootings.

“It’s been a very divisive issue for two years,” rector Tom Crittenden toldThe Roanoke Times. “But Charlottesville seems to have moved us to this point. Not that we have a different view of Lee historically in our church, but we have appreciation for our need to move on.”

Lee attended the Lexington church and served as senior warden during the final five years of his life, so defenders of the the memorial name remember Lee’s involvement in ending the war and reconciling North and South, as well as his personal faith.

“Recognizing that in the current political climate, Lee has become a touchstone for controversy and misunderstanding and a rallying symbol of hate groups, we acknowledge that the best hope for Lee is the gospel of grace through which we are all forgiven sinners,” read the church leaders’ statement on Charlottesville. “Our commitment is not to Lee, but to that gospel which is his hope and ours.”

Regional bishop Mark Boulakas endorsed the change, Episcopal News Service reported. “It’s been a costly process both spiritually, financially, and emotionally for the congregation, but I’m proud of their work and encouraged by it,” he said.

While plenty of churches, schools, and municipalities were weighing the future of their Confederate markers before Charlottesville, the white nationalist rally in defense of a Lee statue brought more urgency to the issue.

A NPR/PBS News Hour/Marist Poll survey taken after the protests found that few white evangelicals agreed that statues honoring Confederate leaders should be taken down. Only 6 percent said they should be removed because they offend some people, far fewer than the 27 percent of Americans and 40 percent of African Americans who wanted to see them removed.

That disparity is likely a result of geography. The former Confederate states—and those that served as the border between the two sides during the Civil War—have a higher percentage of white evangelical residents than northern or western states. According to the American Bible Society and Bara Group, 18 of the top 20 Bible-minded cities are also either Confederate or border states.

Earlier this month, former SBC president and Georgia native James Merritt spoke on a Southern Baptist podcast in favor of removing Confederate monuments, according to Baptist Press. He said:

On the one hand, I don't think we ought to take the law into our own hands and just tear monuments down without any approval. I do believe that we ought to seriously consider moving these monuments. And anybody that wants to go see them … let them go see them. But from a Christian perspective, anything that I can do to take any stumbling block, any barrier—anything I can do to be a minister of reconciliation and bring racial healing to this country—I believe I ought to do it.

In 2016, at the encouragement of leaders like Merritt and Russell Moore, the SBC voted to repudiate the display of the Confederate flag. Texas pastor Dwight McKissic, who proposed that flag resolution, also proposed this summer’s resolution to condemn the alt-right movement.