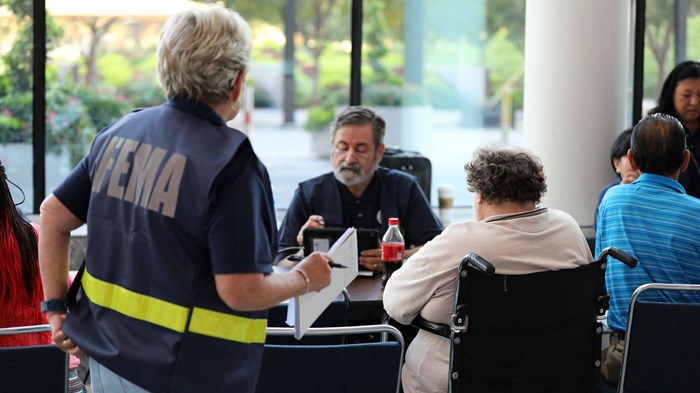 Hurricanes don’t discriminate. As Matthew 5:45 states, God “sends rain on the just and on the unjust.”

But the Federal Emergency Management Agency (FEMA) has to differentiate which victims qualify for government aid. And churches don’t make the cut.

So three Texas churches impacted by Hurricane Harvey sued FEMA this week for deeming them ineligible for disaster relief grants. The agency’s policy excludes sanctuaries that serve as shelters after natural disasters.

“Churches have been told by FEMA: We will use you, but we will not help you,” said Daniel Blomberg, an attorney for Becket, the religious liberty advocate representing the churches.

The three churches filed suit Monday in federal district court in Texas, hoping for relief before the end of FEMA’s month-long application window for Harvey victims.

“Time is of the essence with respect to the subject matter of the churches’ claim. Mold will not wait for litigation process to spread through the churches’ buildings; storm and flood debris will not stop rotting while the government processes their claims,” the suit states.

Churches from Corpus Christi to Houston have rallied to the faithful to help with initial relief efforts, and many church buildings themselves suffered from the unprecedented flooding from last month’s hurricane.

A FEMA spokesperson declined to comment on the pending litigation, brought by a trio of Pentecostal and charismatic churches across three southeastern Texas counties: Harvest Family Church in suburban Houston, Hi-Way Tabernacle in Cleveland, and Rockport First Assembly of God. Harvest Family and Hi-Way both flooded in the hurricane, while Rockport—located just blocks from the Corpus Christi coast—lost its roof.

They claim that FEMA discriminates on the basis of religion by using it as a factor to keep otherwise public-serving organizations from applying for relief that certain secular counterparts remain eligible for.

Their case brings up the precedent set by the US Supreme Court’s recent Trinity Lutheran playground ruling, which stated in June that a church could not be kept from applying for a public grant “solely because it is a church.”

Since many churches use their buildings for both religious purposes and for charitable outreach to the public, FEMA clarifies the eligibility of mixed-use facilities and explicitly bars organizations that put on “religious activities, such as worship, proselytizing, religious instruction, or fundraising activities that benefit a religious institution and not the community at large.” Religious nonprofits that run secular community centers, that are open to all, and do not host any worship activities, are an exception.

Justice Neil Gorsuch’s opinion in the Trinity Lutheran case brought up how “the court leaves open the possibility a useful distinction might be drawn between laws that discriminate on the basis of religious status and religious use.” FEMA’s policy likely falls into the latter category.

“They’re not asking that FEMA give them the money; they just want a place at the table” to apply for it, said Blomberg.

Though houses of worship cannot apply for money to offset response costs or to rebuild damaged buildings, FEMA policy lists churches among the facilities that are typically used as emergency shelters.

Hi-Way Tabernacle, an Assemblies of God congregation outside of Houston, is hosting hurricane evacuees for the third time:

As of September 4, the church was sheltering between 60 and 70 people, with more expected. The Tabernacle’s gym has been transformed into a warehouse for the county, storing and distributing food, water, hygiene products, and clothing. Over 8,000 FEMA emergency meals have been distributed from the Tabernacle’s facilities. Relief workers are using the facilities to provide both medical services and haircuts to victims. The Tabernacle has been informed that governmental disaster relief helicopters may be landing on its property as well.

In the first few days of flooding, the City of Houston called on several churches to serve as official temporary shelters, and many others opened their doors on their own. Now that recovery and cleanup efforts have begun, churches continue to collect and distribute materials and prepare damaged homes for renovation, rallying together as “the faith-based FEMA” that often turns out after major disasters.

Samaritan’s Purse is operating out of five areas affected by Harvey, dispatching over 2,000 volunteers. World Vision has collected supplies to help around 100,000 people displaced by the storm. Send Relief and Southern Baptist Disaster Relief are providing hot meals, clean water, and other necessities.

FEMA has already approved $66.4 million in Hurricane Harvey relief funds. During previous storms like Katrina and Sandy, affected households received between $7,000 and $8,000 in assistance on average.