Africa’s youngest head of state heals the wounds of one of its oldest churches.
Jayson Casper
August 14, 2018 10:15 AM 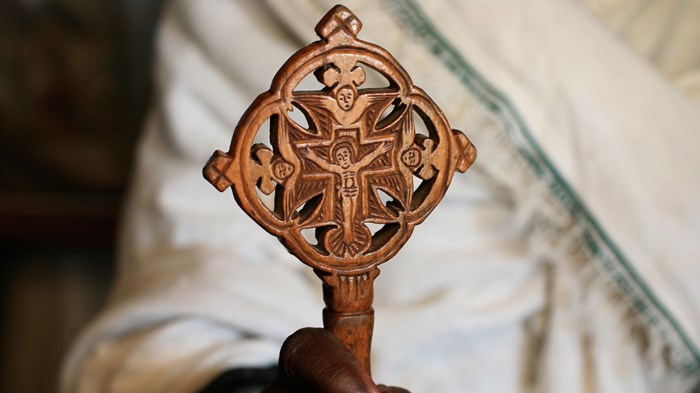 Ending 27 years of schism, Ethiopian Orthodox Christians in their homeland and in America reunited the two feuding branches of one of the world’s oldest churches.

“It is impossible to think of Ethiopia without taking note of the Ethiopian Orthodox Tewahedo Church, which is both great and sacred,” said Abiy Ahmed at the July 27 ceremony in Washington, reported the Fana state-run news agency.

A member of the World Council of Churches, the Tewahedo church split in 1991 due to political manipulations.

He later fled to the United States, where dissidents and diaspora Ethiopians formed a rival patriarchate. According to church tradition, the position is held for life, they maintained.

Following the reconciliation, Patriarch Merkorios will return to Ethiopia’s capital, Addis Ababa, to serve alongside the incumbent Patriarch Mathias, who will maintain administrative authority.

Their honor will be equal, and the names of both will be lifted in prayer as long as both are alive, reported OCP News Service, an Orthodox media network.

All mutual excommunications will be lifted, and bishops appointed by the rival synods will continue in service.

Significantly, delegates unanimously requested forgiveness from the “heartbroken” children of the church.

“Division has no benefit,” Aba Efrem, head of Saint Marcos Church, told the Ethiopian Herald, a government-owned newspaper. “Unity can do more for the church to strengthen peace and love in Ethiopia.”

Peace and love have been a rallying cry for Prime Minister Ahmed, who in only four months in power has overturned the political status quo.

He has forged peace with neighboring Eritrea, ending a 20-year militarized border conflict. He has fired controversial generals and freed political prisoners.

And he has already survived an assassination attempt.

“We have a country that is endowed with great bounty and wealth,” said Ahmed at his first subsequent rally, “but is starving for love.”

The 42-year-old prime minister is Africa’s youngest head of state. The son of a Muslim father and Orthodox mother, he professes evangelical Protestantism, according to OPC News.

Possessing a PhD in Peace Studies, as a member of parliament Ahmed earlier fostered reconciliation between Muslims and Christians in his hometown of Beshasha.

And from his first days in office, he met with Patriarch Mathias to assure him of support in ending the schism. Negotiations had been cautiously ongoing for years, but perceptions of government opposition muted the effort, reported OPC News.

He also visited with delegates traveling to the United States, and made them pledge not to return to Ethiopia without Patriarch Merkorios, reported Borkena, a website focused on Ethiopian news.

CT has reported on improved relations between evangelicals and Orthodox in Ethiopia, though tensions remain.

Roughly 44 percent of the nation’s population are Orthodox, while 19 percent are evangelicals of different denominations. Muslims constitute roughly a third of the population.

The Ethiopian Orthodox Tewahedo Church began in 330 AD, when the kingdom of Axum became the second state after Armenia to adopt Christianity.

Two kidnapped brother sailors from Syria, Frumentius and Aedesius, were taken as slaves to the king and taught the faith to royal family.

The word Tewahedo means “being made one,” in reference to the Oriental Orthodox belief in Jesus’ one, unified nature—both human and divine.

Rejected by the Chalcedonian Creed of 451 held by Protestants, Catholics, and Eastern Orthodox, the Ethiopian church was long under ecclesiastic jurisdiction of the Coptic Orthodox Church of Egypt.

In 1959, it became independent and appointed its first patriarch.

And now, due to the purposeful intervention of an evangelical, its members are united again.

“By the will of God, the day has finally come with the unforgettable commitment of the Prime Minister.”