Pew finds 7 in 10 Americans, as well as highly committed evangelicals, say the pesky insects should be genetically engineered to reduce disease.
Rebecca Randall
August 16, 2018 9:01 AM 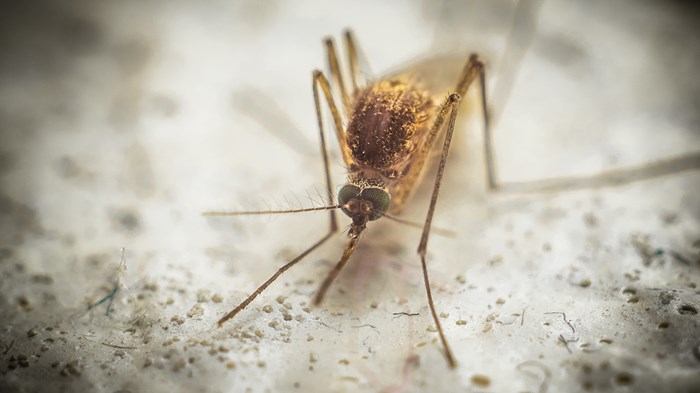 When asked about five ways that science can use genetic engineering on animals, many Americans express a reticence to mess with nature or “God’s plan.”

Except when it comes to mosquitoes.

A new survey released today by the Pew Research Center finds 7 in 10 Americans support genetically engineering mosquitoes to limit their reproduction, which would slow the spread of diseases such as malaria, dengue fever, and Zika virus. Evangelicals were equally supportive of the idea (69%), and Catholics even more so (75%).

Pew asked more than 2,500 Americans their views on five uses of animal biotechnology currently in development or newly on the market. While evangelicals were on the same page as other Americans about mosquitoes, they were more reluctant to support any of the other uses than the general public. Meanwhile, Catholics tended to be more supportive.

Pew found that fewer highly committed evangelicals (43%) felt using animals as human organ donors was an appropriate use of biotechnology compared to evangelicals with medium levels of commitment (51%). (Pew identifies highly religious Americans as those who attend services weekly, pray daily, and say religion is very important in their lives.) 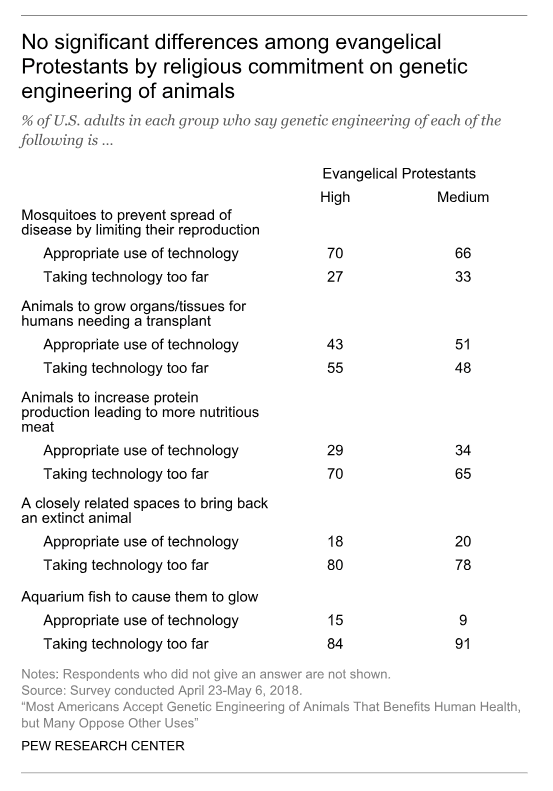 Americans were less supportive of genetically engineering animals to improve the nutrition of meat for human consumption, to bring back extinct animals, or to create aquarium fish that glow. One outlier: evangelicals with medium levels of commitment (91%) were more likely to say engineering glowing fish would be taking the technology too far than those with high levels of commitment (84%).

Men were also more likely than women to approve of any of the biotechnology scenarios, as were those with higher levels of science knowledge. 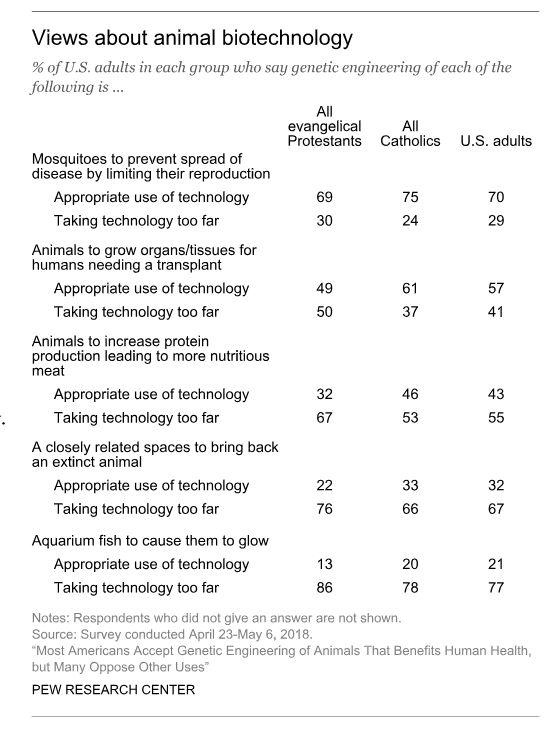 Pew asked respondents who opposed each of the five scenarios to explain why, in their own words. Many articulated a concern that scientists would be messing with nature or with God’s plan.

Almost a third of all respondents who disapproved of engineering mosquitoes explained it that way. Another 23 percent also worried about disrupting the ecosystem: “I do not think we know enough about the effects of removing a whole class of insects from the environment. What would be the effects on those animal and plants ‘up the chain’?” said one respondent.

Only a small number (7%) of those opposed felt there were other ways to prevent mosquito-borne diseases.

In a CT article last year, Kenyan researcher Francis Muregi said he preferred targeting the parasites carried by mosquitoes, such as Plasmodium that causes malaria, rather than the insects themselves.

“I believe God allows us to subdue our foes, and vectors [mosquitoes] are unwittingly used by pathogens to harm us. It would be better to have all mosquitoes dead than one child dead,” he said.

But he added, “One must remember that a mosquito is a victim of [Plasmodium] just as we are.”

About 2 in 10 Americans opposed to engineering human organs to harvest from animals hesitate because they worry about disrupting nature or God’s plan (18%), while another 2 in 10 worry about animal welfare (21%).

Messing with nature or God’s plan was a top concern for those opposed to engineering animal meat to be more nutritious (22%), bringing back an extinct species (23%), or making aquarium fish glow (18%).

The reason cited most often to oppose creating glowing fish was simply that it is unnecessary and frivolous (48%). “… [While] changing a fish to glow might sound like something people would want to see, it’s not something beneficial to humankind. At this point, it would just [be] playing God to entertain rather [than] help us,” said one respondent. 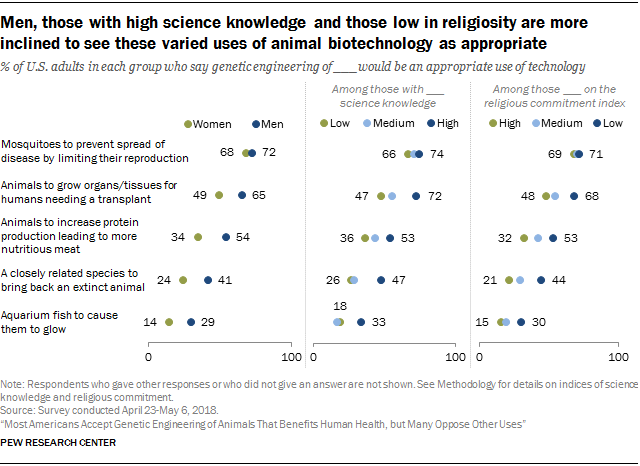