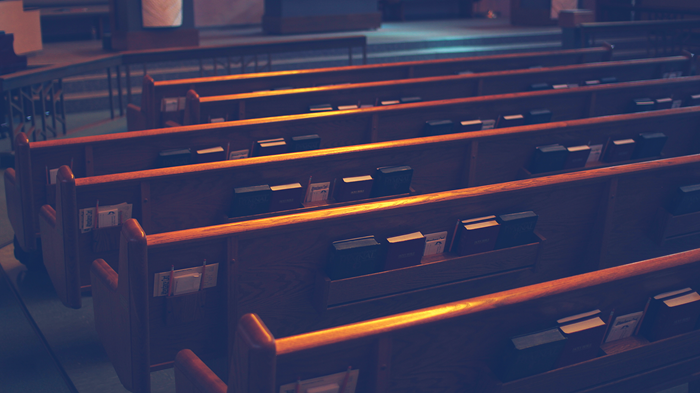 Hundreds of women and men have accused leaders of independent fundamental Baptist churches of sexual misconduct in a major investigative report published last weekend by the Fort Worth Star-Telegram.

The series uncovered 412 allegations of abuse across nearly 200 churches and institutions, which by definition exist apart from denominational affiliations and in contrast to more mainstream Baptist or evangelical bodies like the Southern Baptist Convention.

“From Connecticut to California, the stories are tragically similar: A music minister molested a 15-year-old girl in North Carolina and moved to another church in Florida,” the Star-Telegram wrote. “Another girl’s parents stood in front of their Connecticut congregation to acknowledge their daughter’s ‘sin’ after she was abused by her youth pastor, beginning at 16. This year, four women accused a pastor in California of covering up sexual misconduct and shielding the abusers over almost 25 years.”

In all, 168 leaders—including some of the most prominent pastors among the group’s thousands of US congregations—faced abuse accusations over incidents spanning from the 1970s to present-day.

More than 130 of them have been found guilty of rape, kidnapping, sexual assault, and a litany of other crimes, with most victims being children and teens, according to a database compiled by the Star-Telegram. Dozens of abusive pastors had multiple victims—one raped 11 girls in his congregation—and several had abused children as young as 7 years old.

Victims repeatedly cited deference to pastoral authority as a factor for why they initially trusted their abusers and why it became so difficult to bring their wrongdoing to light.

Though 21 cases were made public for the first time through the recent Star-Telegram investigation, several influential independent fundamental Baptist church leaders have been accused of abusing young women in their flocks over the years.

“The fact that such abuse occurs anywhere, anytime, is horrendous,” Shelton Smith, editor of Sword of the Lord, an independent fundamental Baptist newspaper, told CT. He said he was familiar with most of the cases discussed in the recent news report.

Smith referenced abuse scandals among independent Baptists and others in an article earlier this year, urging leaders to immediately report allegations to authorities and remove the accused from positions of influence while cases undergo investigation.

“Honesty and integrity are the backbone and the bedrock of all that we do,” Smith wrote for the 84-year-old publication, founded by the late fundamentalist evangelist John R. Rice. “However sad the day, whatever the day may bring and whoever is involved, as Bible-believing, Christ-honoring Christians, we must step up, bear the load, and do our best to do right.”

CT previously covered the scandal involving Jack Schaap—former pastor of the largest independent Baptist congregation, First Baptist Church of Hammond, Indiana—who was fired in 2012 and sentenced to prison for his “inappropriate relationship” with a 16-year-old.

Fifteen years before, Schaap’s predecessor and father-in-law Jack Hyles was sued, along with the church, for failing to protect a woman who alleged she was raped multiple times while attending Sunday school there, CT reported. Chicago magazine went on to find more than a dozen men with ties to the congregation who had been arrested or sued for abuse while in ministry positions across the country.

At least four women in the Star-Telegram report came forward with allegations against Jack Hyles’s son, Dave Hyles, who pastored a church in the Dallas suburbs and now runs Fallen in Grace Ministries. He has never faced charges and declined to comment for the investigation, which suggested that Hyles and others accused of abuse had been shuffled among independent Baptist churches. The Texas newspaper reported that at least 45 pastors who faced allegations remain in leadership.

“No doubt, that has happened in some rare instances, but that has not been standard practice,” said Smith, who explained that churches have become more legally savvy in their procedures for handling allegations and keeping abusers out of positions of power. “If a man fouls up morally in independent Baptist circles, he will find it very difficult to get another church.”

Todd Cook, pastor of Calvary Baptist Church of Bensenville, Illinois, and author of Hope for the Brokenhearted, a book about ministry to abuse survivors, agreed that independent Baptists have grown more serious about pastor accountability and safeguards for children, citing the fallout from a sex abuse scandal at Bob Jones University.

“Within our churches, we are very aware this is becoming a public issue,” Cook said in an interview with CT. “Many Baptist churches are setting policies around children to try and prevent abuse and make it more difficult for predators to do those things. No one is above falling in sin, but that’s no excuse.”

Cook said that his own two children had attended Camp Joy, which was mentioned in the Star-Telegram investigation as a location where two church volunteers had abused young girls.

For one, they lack a unified presence since individual churches largely operate on their own. The label can be used by a range of autonomous, Bible-believing Baptists (fundamental being a reference to the core doctrines of the Christian faith). Independent fundamental Baptist churches include those loosely affiliated in fellowships—more common in the North—as well as those whose pastors may share particular networks—more common in the South— Central Baptist Theological Seminary professor Kevin Bauder told Quick to Listen for the CT podcast’s explainer on such churches.

Additionally, many independent Baptist fundamentalists practice “second-degree separatism,” distancing themselves not only from “the world” but also from fellow Christians who do not share their fundamentalist beliefs, noted Messiah College historian John Fea, who researched 20th-century Protestant fundamentalism in America.

During the movement’s formation in the 1940s, and its growth in the decades following, voices such as Jack Hyles and Bob Jones contrasted with “neo-evangelicals” (think Billy Graham) as they remained committed to fundamentalism and separatism, Fea wrote.

These leaders and their institutions—Hyles-Anderson College and Bob Jones University—have come to represent a loose subset of independent Baptists sometimes referred to with capitals or an acronym: Independent Fundamentalist Baptists (IFB).

Perhaps the most well-known Independent Fundamentalist Baptists today are the Duggars, the quiverfull family made famous by the reality show 19 Kids and Counting. Though not all in the movement look the same, the Duggars showcase several theological and cultural distinctives common among independent fundamental Baptists: adhering to strict biblical inerrancy, usually based exclusively on the King James Version (KJV); homeschooling; abstaining from pop culture as entertainment; and dressing modestly.

Among independent Baptists, “the local church is autonomous, and the local church is controlled by the pastor, so variation does exist because of the dependence on the pastor,” said Beth Allison Barr, a Baylor University history professor and Southern Baptist pastor’s wife. “Yet there is also remarkable consistency among independent Baptists. The stereotype of women in long skirts and the Bible limited to KJV versions is often true.”

On IndependentBaptist.com, a site sharing articles from Jack Hyles as well as more contemporary leaders, various posts critique contemporary worship, defend the KJV-only approach, offer strategies for “soulwinning,” and explain why they dress up for church. The site says it has 13,000 subscribers.

One post recently pushed back against rumor-driven “internet justice” in the #MeToo era, saying, “If 20 people accuse someone of doing the same thing that person is no more guilty than if one person accused. Many false accusers rose up against Christ but that did not make Him guilty. Justice still must be carried out and the person must still be presumed innocent.”

Despite the lack of formal denominational ties or hierarchy, the Star-Telegram described “systemic, widespread abuse” in independent fundamental Baptist churches, noting Bible college networks and pastor friendships tie leaders together. The report indicates there are at least 6,000 independent fundamental Baptist churches in the US, according to one online directory.

“When a spiritual leader or a church refers a fallen pastor to another church, it is fair to blame those who knowingly referred him. It is not fair, however, to throw the larger group or denomination ‘under the bus’ for lack of scriptural action that we as Baptists believe is to be handled by the local church body (Matthew 18),” wrote Paul Chappell, senior pastor of the Lancaster Baptist Church and president of West Coast Baptist College, following Schaap’s scandal in 2012.

Chappell, whose California congregation is considered the second largest independent Baptist church after First Baptist Hammond, called on pastors to provide accountability for one another. “It is dangerous for pastors to operate in an untouchable bubble of authority structure,” he said. “Although there are different ideas about how it should be structured, every spiritual leader needs genuine opportunities for fellowship, transparency, and accountability.”

His brother, Mark Chappell, pastors a church in Phoenix and was named in the Star-Telegram investigation over an alleged incident reported to a previous congregation where he was a youth pastor. Mark Chappell did not comment for the Texas paper’s story.

[Update: Paul Chappell blogged on Thursday in response to the recent coverage, saying, “We are always saddened to hear of sin and abuse in the Christian world and in Baptist ranks in particular. In such instances, we are reminded of the need for an awakening of conscience as to how these issues are dealt with—both in the removal of those who no longer meet biblical qualifications for ministry and in the aid, counsel, and comfort of those who have been taken advantage of. Ministry-related abuse damages the name of Christ and damages hearts, lives, and spiritual growth of the victims.”]

Former members quoted by the Star-Telegram also critiqued how teachings on pastoral authority and male headship play out in independent fundamental Baptist circles.

Cook explained that independent Baptists vary on church structure, some sticking to a model similar to Jack Hyles, where authority is concentrated around a single lead pastor, and others adopting more of a “pastor-led, congregation-ruled” approach.

He described abusers in their congregations as “wolves in sheep’s clothing” and brought up resources designed to help spot pedophiles who were grooming children.

As Smith noted in his article in May, “incidents of alleged moral turpitude” span Christian traditions.

“The independent Baptist crowd has many thousands of good men in positions of leadership,” Smith said to CT. “When anyone of them commits an immoral and/or illegal act, it hurts all the rest. If it happens, it must be dealt with scripturally and legally. It must never be tolerated or condoned.”

This year brought a reckoning over harassment and sexism in the Southern Baptist Convention that led to the ousting of one of its most influential denominational leaders, Paige Patterson. Additionally, the Catholic Church uncovered new batches of abuse cases in Philadelphia, Washington D.C., and across the country, leading to another round of criticism over how the church has handled priest misconduct.

“Catholics and Fundamentalists need to clean their house. But, so do evangelicals,” wrote the Billy Graham Center’s Ed Stetzer and Laurie Nichols in a response to the Star-Telegram report.

“Churches across denominational and geographic lines are all falling short of who we are called to be. It isn’t an issue for one group. It is an issue for many religious groups. Few of our faith traditions are in the position to cast stones, but all of us need to be aware and take action.”

Tomorrow their Wheaton College center hosts a “one-day conversation” on the #metoo and #churchtoo movements, entitled Reflections: A GC2 Summit on Responding to Sexual Harassment, Abuse, and Violence.