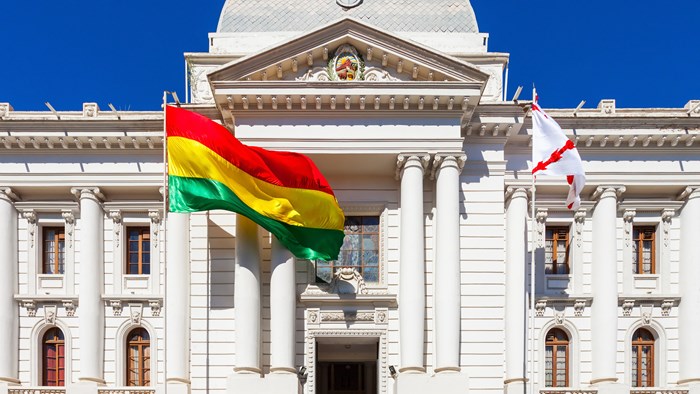 This coming Sunday, evangelical churches in Bolivia will observe a day of prayer and fasting in the wake of their socialist government introducing potentially severe restrictions on religious freedom.

Article 88 of the mountainous South American nation’s new penal code, authorized December 15, states that “whoever recruits, transports, deprives of freedom, or hosts people with the aim of recruiting them to take part in armed conflicts or religious or worship organizations will be penalized 5 to 12 years of imprisonment,” according to a translation by Evangelical Focus, a media initiative of the Spanish Evangelical Alliance.

Changes to the code also permit abortion during the first eight weeks of pregnancy and expand punishment of “recklessness, negligence, malpractice” in all careers—worrying professionals from doctors to journalists.

“It is deplorable that Bolivia becomes the first Latin American country to persecute the rights of freedom of conscience and of religion, which are protected by the Universal Declaration of Human Rights, the declaration of San José de Costa Rica, and our Constitution,” the National Association of Evangelicals in Bolivia (ANDEB) stated when the changes were introduced.

The code “is imprecise, ambiguous, badly written, contradictory, and its punitive power can constitute state abuse,” ANDEB later stated after the changes were approved. Bolivia’s population is 77 percent Catholic and 16 percent Protestant, though Morales, the Andean nation’s first indigenous president, has been walking the country back from its official Catholicism since 2013.

“Will they denounce us if we bring a group of people to a Christian camp?” pastor Miguel Machaca Monroy, president of the coalition of evangelical churches in the capital city of Sucre, asked Evangelical Focus. “Will I no longer be able to preach the gospel on the streets?”

“The article says that one commits the crime of human trafficking who: captures, transports, transfers, welcomes, or receives people, with the purpose of participation in religious or worship organizations,” the organizations stated. “This means that one can be punished: a) who carries out proselytizing activities, in public or private, because they are ‘capturing people’; b) who transports a person from their home to their church or religious temple, or simply invites them to the church; c) who welcomes or receives people to participate in a religious or worship organization, that is, who would commit this crime are pastors, rabbis, priests, parents, leaders, etc.”

As always, the level of enforcement will determine how harmful to religious freedom the new restrictions prove to be.

ANDEB urged Morales’s government to work toward “solutions through sincere and proactive dialogue,” and to avoid the “use of violence.”

Meanwhile, ANDEB will “maintain the emergency alert of the evangelical people in Bolivia, and as a consequence, events, gatherings, prayer meetings, and meetings of spiritual intercessions for our country will be organized in all cities and places where there are evangelical Christian churches and organizations.”

They aren’t the only ones. After a 43-day strike from medical professionals, Morales requested that the legislative assembly repeal several articles that would have imprisoned anyone who caused “damage to the health” of another person while “in the exercise of his profession, trade, or activity.”

Meanwhile, “various unions” carried out strikes last week to protest the removal of Morales’s term limits, and journalists declared the media in a state of “emergency” for the penal code’s “ambiguous” language regarding slander and defamation.

In 2013, CT noted how Bolivia was imposing an animist worldview on its Christian churches.