Survey finds nondenominational ones are most active. But half of churchgoers say their church doesn’t mention either issue.
Bob Smietana - Facts & Trends
January 24, 2018 10:28 AM 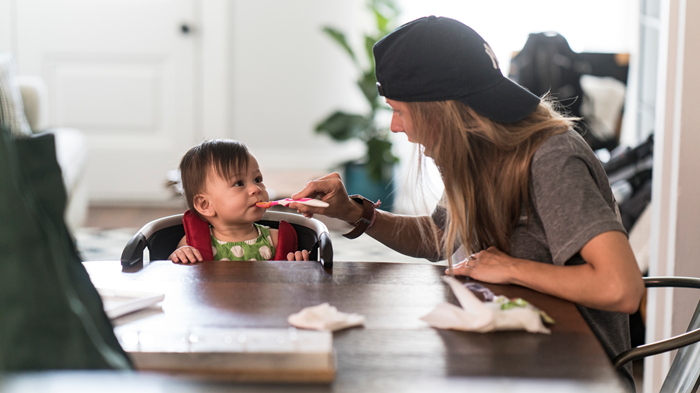 The Bible has a lot to say about caring for orphans. Protestant churches in the United States appear to be listening.

About 4 in 10 Protestant churchgoers say their congregation has been involved with adoption or foster care in the past year, according to LifeWay Research.

That may be because the Bible tells them to, said Scott McConnell, executive director of LifeWay Research.

“Foster care appears to come naturally for churchgoers,” he said. “It’s not surprising, since the Bible commands them to care for widows and orphans.”

Since the early 2000s, many Protestant churches have commemorated Orphan Sunday every November to draw attention to the plight of orphans around the world.

In the past, they’ve often focused on international adoption and orphanages. But in recent years, foster care—both in the United States and abroad—has become a focus as well.

LifeWay’s survey of 1,010 Protestant churchgoers—defined as those who attend a Protestant or nondenominational church at least once a month—found 25 percent say someone from their church has been involved in foster care over the past year. 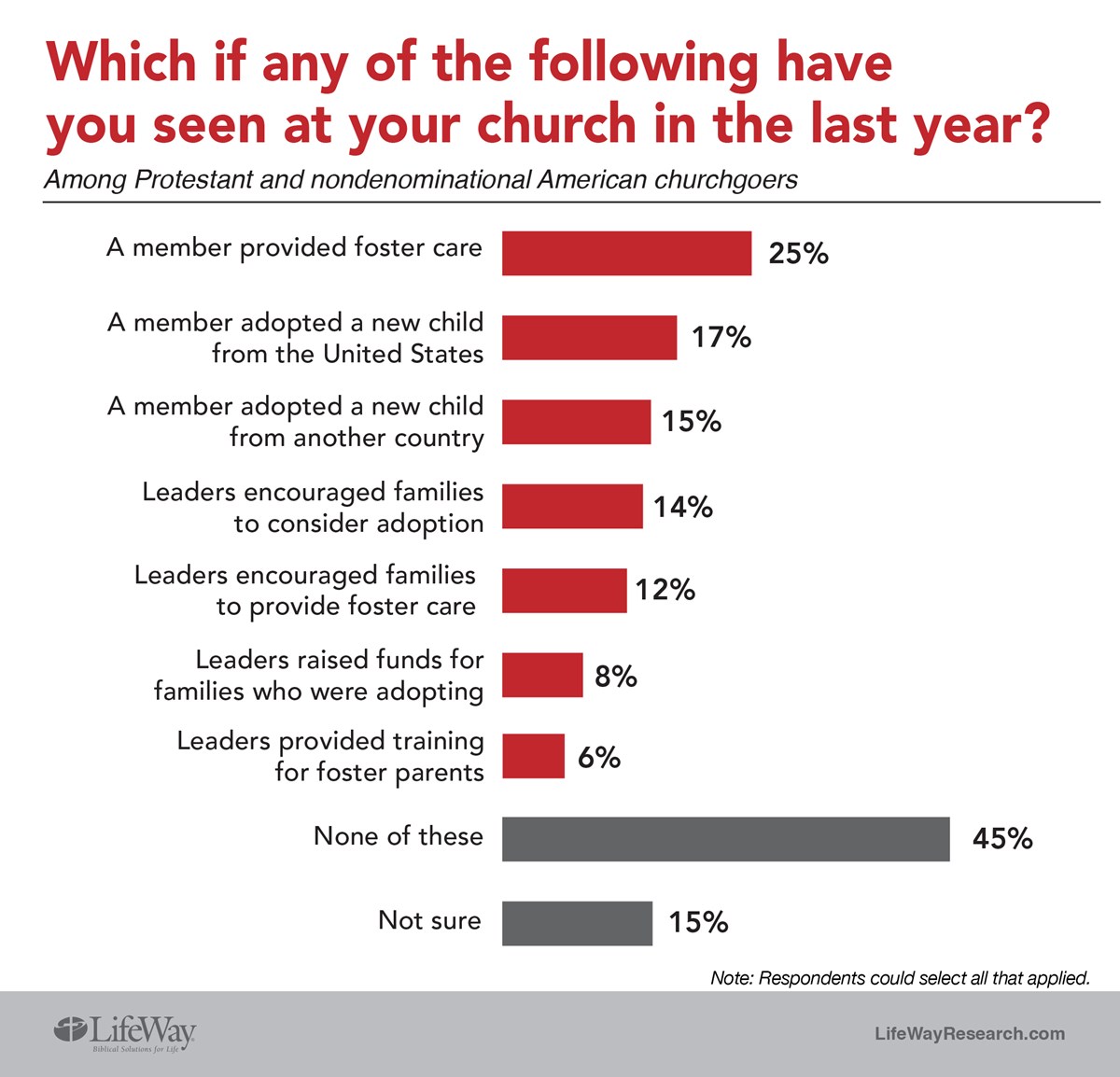 Churchgoers from nondenominational churches are also most likely to know someone at church who had adopted a child from the United States (25%). Baptists (15%), Lutherans (12%), and Pentecostals (10%) are less likely.

Churchgoers from larger congregations are more likely to know someone who had adopted from abroad (30%) than those from smaller churches (7%). So are those from nondenominational churches (34%).

White (20%) and Hispanic (15%) churchgoers are more likely than African-American churchgoers (4%) to say someone from their church has adopted a child from another country.

Still, church leaders in general don’t talk much about adoption.

Overall, about half (45%) of churchgoers say their church has had no involvement with or conversation about foster care and adoption. Leaders at smaller congregations are less likely to encourage families to consider adoption (8%) or foster care (8%), to raise funds for adoptive families (5%), or to provide training for foster parents (2%).

Leaders at larger congregations are more likely to encourage families to consider adoption (23%) or foster care (20%) and to raise funds for adoptive families (15%) or provide training for foster parents (13%).

White (15%) and Hispanic (22%) churchgoers are more like to say their church’s leaders encouraged families to consider adoption. African-American churchgoers are less likely (6%).

According to a 2015 report from the Adoption and Foster Care Analysis and Reporting System, 427,910 children were in foster care, with 111,820 waiting for adoption.

“There may be no greater expression of the Christian faith than extending hope and love to children whose birth families are not able to able to care for them,” said McConnell.

LifeWay Research conducted the study Aug. 22–30, 2017, using the web-enabled KnowledgePanel®, a probability-based panel designed to be representative of the U.S. population. Initially, participants are chosen scientifically by a random selection of telephone numbers and residential addresses. People in selected households are then invited by telephone or by mail to participate in the web-enabled KnowledgePanel®. For those who agree to participate but do not already have internet access, GfK provides at no cost a laptop and ISPconnection.

For this survey, a nationally representative sample of U.S. Protestant and nondenominational adults (18 and older) whoattend religious services once a month or more often was selected from the KnowledgePanel®.

Sample stratification and base weights were used for gender, age, race/ethnicity, region, metro/non-metro, home ownership, education, and income to reflect the most recent U.S. Census data. Study-specific weights included for gender by age, race/ethnicity, region, and education to reflect GSS 2016 data. The completed sample is 1,010 surveys. The sample provides 95 percent confidence that the sampling error does not exceed plus or minus 3.1 percent. Margins of error are higher in sub-groups.

How Protestant Churches Are Involved with Adoption ...