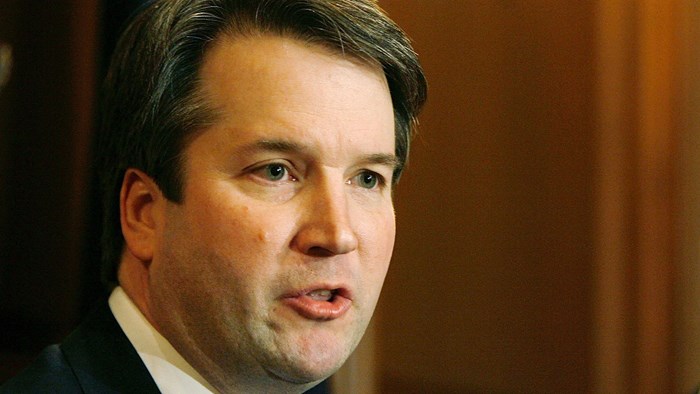 President Donald Trump has nominated appeal court judge Brett Kavanaugh to replace outgoing Supreme Court Justice Anthony Kennedy, who after three decades of service, will retire at the end of this month.

“Judge Kavanaugh has impeccable credentials, unsurpassed qualifications and a proven commitment to equal justice under the law,” said Trump on Tuesday night.

The president praised Kavanaugh as a “judge’s judge,” “a true thought leader among his peers,” “a brilliant jurist,” and “universally regarded as one of the sharpest legal minds of our times.”

“Mr. President, I am grateful to you. I am humbled by your confidence in me,” said Kavanaugh, after the President’s introduction.

Kavanaugh, 53, has a long history of genuine legal experience and support from establishment Republicans. Should he be confirmed, his presence will tilt the court further to the right, as he is considerably more conservative than the more centrist, swing-vote conservative Kennedy.

Having issued nearly 300 opinions during his tenure on the DC Circuit Court of Appeals, Kavanaugh boasted considerably more bench experience than any of the other prospective nominees—Raymond Kethledge, Amy Coney Barrett, and Thomas Hardiman.

Christian conservatives had little but praise for Trump’s nomination.

The Southern Baptist Convention’s Ethics and Religious Liberty Commission president Russell Moore said that he was confident that Kavanaugh would be a “strong defender of the freedoms guaranteed by the Constitution and Bill of Rights, especially our First Freedom of religious liberty.”

“I pray that Judge Kavanaugh will serve for decades to come with a firm and unwavering commitment to our Constitution’s principles,” said Moore. “I join with Baptists and other evangelicals in calling upon the Senate to confirm Judge Kavanaugh without delay.”

“Notably for these times marked by political and cultural divisions, Judge Kavanaugh has the reputation of being fair-minded and able to work with his fellow judges who might have a different point of view,” Daly said in a statement. “His temperament is well-suited for the demands of our nation’s highest court.”

“I pray for our country in this process, that instead of yet another vitriolic and divisive political battle, the confirmation process would instead be a reaffirmation of the strength of our democracy and its institutions,” said Rodriguez in a statement.

The American Center for Law and Justice’s Jay Sekulow, who is also a member of Trump’s legal team, called Kavanaugh’s nomination a “superb choice that is certain to serve this nation well.”

“Judge Kavanaugh is a brilliant jurist who embraces the philosophy of our Founders - an unwavering commitment to the rule of law and the Constitution,” said Sekulow in a statement.

As a young lawyer, Kavanaugh clerked for Kennedy, the man he may now replace. In 2003, he was appointed to the DC circuit by George W. Bush, though he wasn’t officially confirmed until 2006 after a long stall by Democrats who expressed skepticism of his record and level of experience.

A staunch defender of religious liberty, Kavanaugh rejected challenges to prayers at the president’s inauguration and the phrase “so help me God” in the presidential oath.

“We cannot resolve this case by discounting the sense of anguish and outrage plaintiffs and some other Americans feel at listening to a government-sponsored religious prayer,” he stated in the 2010 case. “We likewise cannot dismiss the desire of others in America to publicly ask for God’s blessing on certain government activities and to publicly seek God’s guidance for certain government officials.”

In the 2015 case, Priests for Life v. HHS, Kavanaugh opposed a decision against a challenge to the Health and Human Services contraceptive mandate, dissenting from the DC circuit’s decision not to review the case.

According to Kavanaugh’s dissent, the HHS regulations “substantially burden the religious organizations’ exercise of religion because the regulations require the organizations to take an action contrary to their sincere religious beliefs (submitting the form) or else pay significant monetary penalties.”

Kavanaugh also dissented on a recent, contentious case in which a pregnant teenager in immigration custody sought an abortion, arguing that as she was a minor, the US government had a responsibility to attempt to transfer her out of government detention and into the care of a sponsor before she made her final decision on whether to seek an abortion. His opinion was overruled by his fellow judges, but some pro-life advocates critiqued Kavanaugh for not going far enough in condemning the girl’s right to an abortion in the first place.

Early in his career, Kavanaugh worked on the recount that led to George W. Bush’s election to the presidency. Before that, he made a case for President Clinton’s impeachment following his affair with White House intern Monica Lewinsky, a fact that may pose a stumbling block for some Republicans in light of Robert Mueller’s special counsel investigation into foreign interference in the nation’s presidential election and Donald Trump’s 2016 campaign.

The next appointee will further cement the judiciary’s conservative shift, as early last year, President Trump nominated Neil Gorsuch to the Supreme Court. He was confirmed last April.