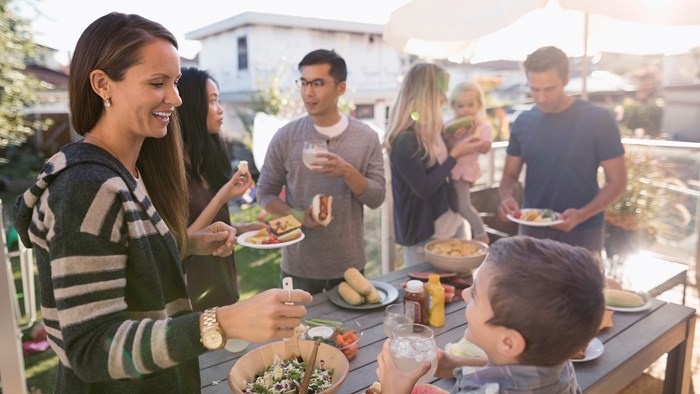 America’s Protestants like to invite their friends to church.

At least once in a while.

Nearly two-thirds of Protestant churchgoers say they’ve invited at least one person to visit their church in the past six months, according to a new report from Nashville-based LifeWay Research.

“It’s a fairly easy thing for churchgoers to do,” said Scott McConnell, executive director of LifeWay Research. “In any six-month stretch, there are major Christian holidays and often other special events that are perfect occasions for churchgoers to invite friends and acquaintances.”

For the study, LifeWay Research surveyed 1,010 Americans who attend a Protestant or nondenominational church at least once a month.

Churchgoers were asked how often they’d invited an individual or a family to attend a worship service with them at their church in the last six months. They could include repeated invitations to the same people. Invitations counted even if they were turned down.

“That’s a pretty substantial number,” said McConnell. “For a number of churchgoers, inviting people to church isn’t on their radar.”

Churchgoers who attend Assemblies of God or other Pentecostal churches (71%) and those who attend non-denominational churches (69%) are more likely to say they’ve invited at least one person to church. Lutherans (55%) and Methodists (53%) are less likely.

Forty-three percent of Methodists say they had not invited anyone, as did 41 percent of Lutherans. Fewer nondenominational (20%), Baptist (22%) or Assemblies of God/Pentecostal (23%) churchgoers skipped invitations.

Churchgoers who are Baptist (31%) or Assemblies of God/Pentecostal (30%) are more likely to have invited three or more people than Lutherans (17%) or Methodists (15%).

Not surprisingly, the more often people go to church, the more likely they are to invite someone to go along. Twenty-seven percent of people who attend at least once a week had invited three or more people. That drops to 10 percent for those who attended once or twice a month.

Inviting people not top of mind

Researchers also asked churchgoers why they didn’t bring more people to church with them.

“Inviting people to church should be commonplace,” he said. “Still, some churchgoers don’t put much thought into inviting others.”

McConnell said he’s a bit concerned with people who say they don’t know anyone to invite.

“That’s problematic,” he said. “There are a small but significant number of churchgoers who seem to have no contact with people who don’t go to church.”

McConnell said he’s not surprised to find that people turn down invitations to come to church. A 2016 LifeWay Research study found only a third of unchurched people said they were likely to come to a church worship service if invited (35 percent).

“In today’s culture, you might be inviting someone to attend a church service for the first time in their lives,” he said. “Communicating the value of why a churchgoer attends is going to take some time.”