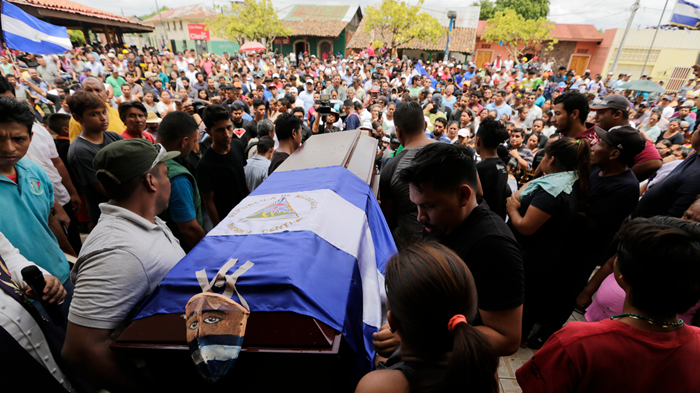 Most summers, Corner of Love, a Christian nonprofit in northern Nicaragua, hosts 30 teams of volunteers to help with its school, medical services, and water improvement projects. But this year, no one’s coming.

Ministry leaders canceled the summer programming last month since recent political unrest—the worst in the Central American country since the 1980s—could endanger visitors. Already an estimated 200 people have been killed this spring as Nicaraguans take to the streets to protest the current administration, led by President Daniel Ortega.

As the protests continue through the summer, Christian groups have begun postponing their mission trips or canceling them altogether, which leaves the communities they hoped to serve in even worse shape amid the national crisis.

“Everything is on the line: our finca (ranch), our clinic, our hospital, our school,” said Corner of Love CEO Tanya Mroczek-Amador, who recently traveled to DC to lobby for support against the Nicaraguan government.

Summer is typically the busiest time for ministries in the region; a drop in mission trips during this season stands to hurt them for the rest of the year.

“Revenue from missions teams supports the work on the ground, including paying staff and taking care of facilities,” said Shawn Doss, whose organization Hope Missions recently had to cancel its July trip to Nicaragua. “They rely on revenue from teams coming down to help. They’re really struggling.”

In the case of Nicaragua, many short-term missions groups work in regions that aren’t directly affected by the protests and violence. The issue is getting there; most teams fly into major cities like Managua or Granada and then take a bus several hours to their ministry site.

Travelers can expect to face holdups at government checkpoints. “Every time the car is stopped it represents danger,” said Mroczek-Amador, with Corner of Love.

Another mission trip coordinator, Praying Pelican Missions, directs teams to the US Embassy’s Nicaragua page for the government’s assessment of country risks. Some churches have opted not to send their high schoolers to the country because of security concerns.

“I also know of two groups who have said, ‘Yes we’re coming regardless; we know this is what we’re supposed to do. Until God tells us no, we’re going,’” said Nathan Norman, the organization’s operations director for Guatemala/Nicaragua.

While overall numbers have dwindled for Praying Pelican Missions’ Nicaragua teams, another crisis further north hasn’t had the same effect. For the past several weeks, an erupting volcano in Guatemala left at least 110 dead, another 200 missing, and nearly 2,800 residents displaced.

Despite the chaos, mission trips are still on, and Christian visitors are eager to help.

“I talked to a team leader today about Guatemala and he said each team member would be bringing toiletry items, shoes, and other supplies in their suitcases to give them to a local pastor, so he could distribute to them to people who needed them,” said Norman.

Jeff Craig, the family and missions pastor at Crosspointe Church in Anaheim, said he had to assure some young team members and parents about an upcoming trip to the country.

“I believe God will Romans 8:28 this situation and create more opportunities for us to truly be the church and help people in time of need,” said Craig. “Some people may be more open to the gospel because of this tragedy. We will be right there.”

When it comes to supporting people in the wake of natural disasters, founder and executive director of Wheaton College’s Humanitarian Disaster Institute Jamie Aten exhorts churches to make sure that they coordinate with local contacts.

“Going in on your own can be a mistake,” said Aten. “Teams really need to really make sure they aren’t inadvertently taking away resources from communities that have been affected. Too many times we go into a disaster zone and think we’re bringing aid, when instead what we’re doing only increases the chaos.”

Meanwhile in Nicaragua, the political protests since April only add to ongoing violence and unrest. Last week, pro-government forces murdered an evangelical pastor, his wife, and four other family members after the couple refused to grant them their permission to shoot from their balcony.

“The whole political situation has been devastating to our partners in Nicaragua,” said Norman.

The Central American country has seen its Protestant population rise to 40 percent—among the highest in the region—but has also faced threats of restrictions on missionary activities in recent years. Some ministries report harassment if they don’t comply with government pressure.

“The government is constantly applying pressure and trying to get you to come over to their side,” Mroczek-Amador said. “There have been nonprofits in Nicaragua that have ended up hanging a Sandinista flag.”

Prior to his reelection over a decade ago, President Ortega previously oversaw the repressive Sandinista government that went into power after the Nicaraguan revolution.

“The police are not there to protect you. If you oppose the government, you have no protection all together,” she said. “I’m married to a Nicaraguan who left during the revolution. He said he has already seen this situation—back when war broke out.”

When trips get canceled, churches tend to wait and reschedule rather than switching to another location altogether.

“Many of our churches seek long term partnerships with ministries and communities,” said Doss, whose organization coordinates dozens of trips a year. “They’ve been going to the same locations for two or three years. Switching to another location doesn’t fit the vision so they’d rather postpone their trip for another season.”

Even without the opportunity to serve in person, the connection between ministry leaders can inspire Christians to pay attention to crises outside American borders.

“You have churches who met a pastor in Nicaragua, fell in love with this pastor, helped build a brand-new church, talk to this pastor and church on the internet or telephone,” said Norman. Recent disasters “should drive us US Christians to our knees to pray for our brothers and sisters around the world.”