After months of delays, Vice President Pence pushes to streamline aid to the persecuted.
Kate Shellnutt
June 15, 2018 10:17 AM 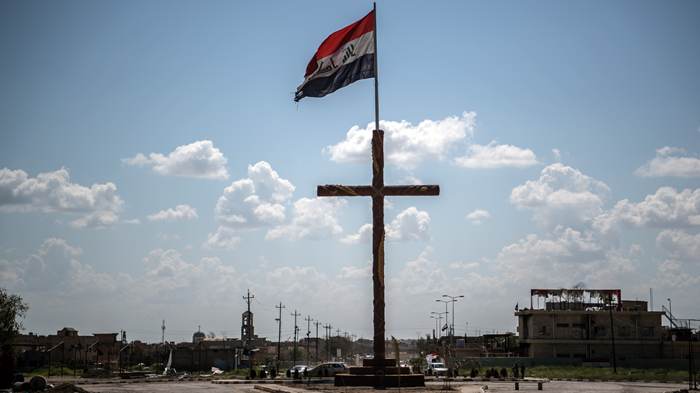 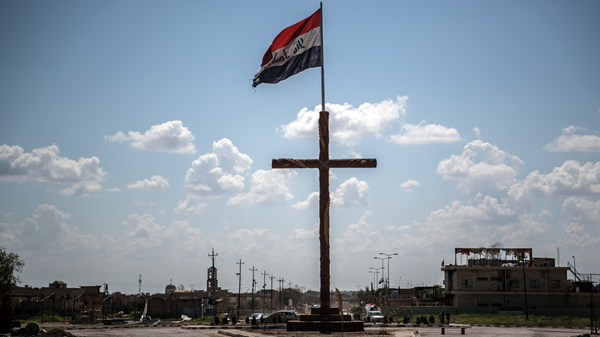 Following mounting complaints from Iraq’s beleaguered Christian minority—who are desperate for security and a chance to rebuild—the United States has doubled-down on its pledge to channel funds to the persecuted religious groups who need such resources for their communities to survive.

At the direction of the White House, the US Agency for International Development (USAID) will address holdups in the process to assist Christians and Yazidis threatened by ISIS genocide.

Vice President Mike Pence announced last year that the US would shift its aid to support them directly rather through the United Nations, only to realize in recent weeks that many groups in the region were still waiting for the help they were promised.

“The Vice President will not tolerate bureaucratic delays in implementing the Administration’s vision to deliver the assistance we promised to the people we pledged to help,” spokeswoman Alyssa Farah said in a statement last week, announcing that USAID administrator Mark Green would travel to Iraq to meet with local leaders.

In a Wall Street Journal op-ed, Green wrote that despite the Trump administration’s efforts to prioritize Christians and other persecuted minorities, the bureaucracy in place over the past several months still leaned on earlier thinking, “such as an overreliance on the UN and an inadequate appreciation for the work accomplished by faith-based organizations.”

“The US stands with the persecuted religious and ethnic communities of the Middle East. And the federal government won’t rest until these oppressed people receive the help they need to thrive again,” Green said.

“That’s the message I will deliver personally to Christian and Yazidi leaders when I visit Iraq this month. On behalf of President Trump, I will assure them that American assistance will soon turn from an inconsistent trickle into a steady stream.”

The trickle of funding so far this year had left out some major humanitarian players in the Nineveh Plains region, including Christian groups that had been involved in relief and reconstruction efforts there for years.

Grant proposals by the Nineveh Reconstruction Committee and the Catholic University in Erbil, for example, had been rejected outright, leaving religious freedom advocates and officials concerned about how US funds were being used in the region.

While the Catholic Church in Iraq attempts to help thousands of families resettle in villages leveled by ISIS, Archbishop Bashar Warda, leader of the Chaldean Catholic Church in Erbil, said the US assistance they had hoped for never arrived. Worse, as he told Crux, private funding dropped because donors expected the groups to receive government aid as pledged by Pence.

Because the vice president’s announcement was so widely celebrated among Christian leaders and advocates for the persecuted church—representatives from Knights of Columbus, Open Doors USA, the 21st Century Wilberforce Initiative, and more—the news that the US failed to follow through with the assistance came as a major disappointment.

For the sake of Christianity’s future in Iraq, and the security of the Middle East, “USAID must use whatever creativity is necessary to complete its mission and keep Mr. Pence’s pledge to Iraq’s religious minorities,” wrote Representative Chris Smith, who chairs a congressional foreign affairs subcommittee on international organizations, and national security expert Robert McFarlane.

Even as Green and the administration make efforts to improve the process, questions remain over the long-term stability and future for the region, where Christianity sits “on the edge of extinction” due to the unrest that forced as many as 90 percent of believers to flee their historic homeland.

“Given the various proposed cuts to USAID and the State Department, if large amounts of money are made available this year, how are the programs that they catalyze sustainable if the next fiscal year has no money to follow-up?” asked Chris Seiple, president emeritus of the Institute for Global Engagement. “Will the money given leave people with higher expectations, and less results?”

For years, Seiple has observed the tricky balance between the desire to single out religious minorities to give them the help they need and bringing together all groups in the region to work together on peacemaking efforts.

“It still remains true that statistically, Muslims suffered the most at the hands of ISIS. But Yazidis and Christians suffered existentially,” he told CT. “So how do you do break through an international legal norm and culture for all relief and development agencies, government and NGOs—to render aid in a religion-blind manner, irrespective of their beliefs—to help people based on their religion?”

After visiting Iraq in December, he shared some of the biggest needs and areas of progress among Christians and Yazidis. While funding can help address the physical hurdles they are working to overcome, the humanitarian crisis in Nineveh is also a geopolitical one that leaders need to address with better organizational structures and unifying narratives for Iraq’s most vulnerable.