Both officially and unofficially, leaders of America’s largest Protestant denomination turn their attention to better responses to sexism and abuse.
Kate Shellnutt
June 12, 2018 7:00 AM 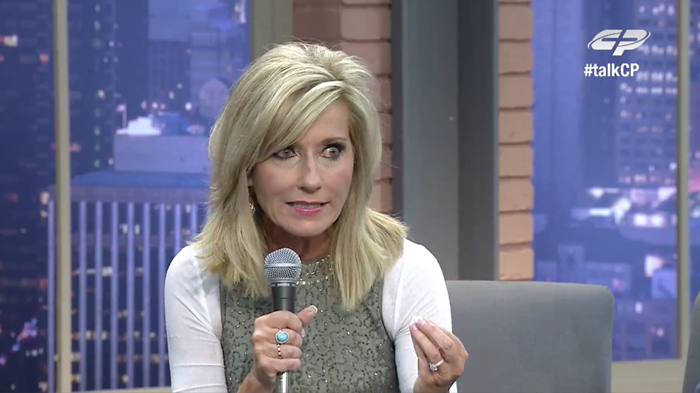 The Southern Baptist Convention (SBC) has a lot to talk about at its two-day annual meeting kicking off today in Dallas. This year, amid the standard business of elections, entity updates, worship sets, and messages, leaders of America’s largest Protestant body have brought unprecedented attention to the women in its churches and its pastoral response to abuse.

2018 also marks the 100th anniversary of women attending the SBC annual meeting as messengers. At least two proposed resolutions up for consideration directly address the role of women in the complementarian denomination. But unofficially, the conversation is much bigger than that.

Many have awaited this national Southern Baptist gathering—the first since what some have deemed the #MeToo movement’s entry into evangelicalism—as grounds to engage an issue its leaders can no longer downplay.

At the start of the year, Southern Baptists watched as a decades-old, unreported sexual assault at a Houston Baptist congregation led to the resignation of two pastors, including the perpetrator Andy Savage, who went from being infamously applauded by his congregation to apologizing for his past immorality in a matter of weeks.

Months later, Executive Committee president Frank Page vacated the SBC’s top leadership role over an inappropriate relationship. And in recent weeks, longtime SBC figurehead Paige Patterson was forced out of his presidency at Southwestern Baptist Theological Seminary over his mishandling of abuse allegations after weeks of controversy over his past remarks toward women.

Like Southern Baptist Theological Seminary president Al Mohler, who wrote last month that “judgment has now come to the house of the Southern Baptist Convention,” prominent leaders have pushed each other to speak and act during this public reckoning for their movement.

“The world is watching. We need to convey to the world that we care for women more than we care for our positions of power,” said Austin pastor Matt Carter, speaking Monday on a panel on abuse in the lead-up to the conference. “The church has hidden behind those power structures for too long.”

A pastor who oversaw Savage stepped down this year from Carter’s church, The Austin Stone, after the allegations became public. Carter appeared alongside Ethics and Religious Liberty Commission president Russell Moore and Bible teacher Beth Moore, who last month called out sexism in the SBC in a viral open letter.

The popular author and speaker—herself an abuse survivor—commended Carter and Russell Moore for their resolute positions on reporting allegations to authorities, offering more resources for women to seek counsel, and spotlighting the stories of women who have undergone abuse.

But she also acknowledged the barriers that keep victims from trusting the church, even as leaders grow more open and more eager to help.

“In every case of abuse or assault is a misuse of power … it has turned on her and has done her wrong,” she explained. “By the time you’re in a church context, she’s already intimidated by power. Especially if there are not female voices, it’s just exaggerated the fear she might not be understood or not be heard.”

As they attempt to assure that the women within their denomination will be trusted and cared for, Southern Baptist leaders have been forced to recognize that this hasn’t always been the case.

“Sinful men have in Scripture and the history of the church wronged women, abused women, silenced women, objectified women by ungodly comments and ungodly acts, preyed on women, left women unprotected, failed to report injustices and evils committed against women to civil authorities established by God, and failed to act out of the overflow of the image of Christ,” reads one popular resolution submitted for today’s meeting, written by Jason K. Allen, president of Midwestern Baptist Theological Seminary.

Allen’s submission, entitled “On Affirming the Dignity of Women and the Holiness of Ministers,” condemns comments and behaviors that disrespect women within the denomination and calls for better responses to misconduct.

“Especially as we reel from events of recent days, the value of women inside the SBC needs to be proclaimed from the biggest stages we’ve got,” said Sarah Short, who’s attending the meeting from the Summit Church in North Carolina. (Her pastor, J. D. Greear is running for SBC president). “Our brightest and most revered leaders need to say it with their mouths and our convention needs to adopt it as a resolution. It’s time.”

Another line of the draft text states, “To the shame of the Southern Baptist Convention and the very obscuring of the glory of God, a number of Southern Baptist leaders, professors, and ministers have since our last annual gathering sinned against the Lord and against women by their ungodly behavior and language.”

In addition to the backing of dozens of current and past presidents, prominent pastors, and entity heads, the resolution has been applauded by Southern Baptist women—including some of the original signatories of a viral letter condemning Patterson’s stance toward women.

“These strong, clear, biblical words are desperately needed by the church,” said Karen Swallow Prior, a Liberty University professor and an ERLC research fellow. “If the words are followed by action, both at the annual meeting this week and in every congregation, I have great hope that this will be a significant turning point for the SBC that will make for our denomination a more biblical, more solid, and more vibrant future.”

Similarly, Kelsey Hency, the Southern Baptist editor in chief of Fathom Magazine, agreed that Allen’s resolution goes beyond offering lip service to the current SBC controversy and “doesn’t read as an attempt at a well-timed PR move, but as an effort to move the SBC closer to Christlikeness.”

Update: Among 16 resolutions passed by the SBC delegation on Tuesday were measures acknowledging women’s involvement in the SBC, condemning abuse, and upholding the dignity of ministers; though they addressed women and the climate of sexual misconduct, they did not contain the exact language proposed by Allen. The adopted resolutions similarly stated:

Florida pastor Dean Inserra told The Tennessean that statements or resolutions are not enough, particularly in the wake of the Patterson controversy, and that he also wants to see new approaches from fresh leadership. “I think it begins by refusing to be in denial that there’s a serious problem,” Inserra said. “As a convention as a whole, there’s a culture problem.”

#MeToo was also the focus of an ERLC panel held on the eve of the annual meeting that included Kimberlee Norris, a sexual assault trial attorney and the co-founder of Ministry Safe, which trains organizations to prevent and monitor for sexual abuse.

During the panel, pastor and former SBC president James Merritt encouraged leaders to make their churches safe places where women can feel comfortable reporting abuse. (As CT previously reported, nearly 9 in 10 pastors believe their church is already a safe place for women to come forward in cases of domestic violence, and Baptists are the denomination most likely to offer victims financial resources or a place to stay if they are in need, according to a LifeWay Research survey.)

Last night, Merritt also defended the idea of women’s leadership on the denominational level, saying “A woman can be the president of the Southern Baptist Convention. I don’t see anything in the Bible that prohibits that.”

His suggestion follows Texas pastor Dwight McKissic, who wrote last week that this would be an apt time for Southern Baptists to have a woman such as Beth Moore in the presidential role.

Within the convention hall in Dallas, Southern Baptists stand by their complementarian stance on gender, which upholds marital submission and reserves lead pastor positions for men, while acknowledging the need for better treatment of women and celebrating their contributions to the church.

The Tennessean reports that a motion may be proposed during the meeting to change SBC bylaws to explicitly bar women from the presidency. (Going into the meeting, both candidates up for the job this year were men.)

Concerns surrounding abuse in the denomination have led some, including author and advocate Mary DeMuth, to organize a prayer rally outside of today’s event in Dallas. DeMuth, who signed the Patterson letter (which did not challenge complementarianism), said she was encouraged by Allen’s resolution.

“He recognizes the beautiful image-bearing nature of both men and women, specifically names abuses upon women (silencing, abusing, objectifying, preying), repents of cover-up and other egregious actions on behalf of SBC churches along the same lines as Daniel 9, and rightly recognizes the evil behind the marginalizing and exploitation of women,” she told CT.

“Reading this resolution ignited a spark of hope that, perhaps, my denomination is willing to reexamine their hearts in relating to over half of their congregations.”

The women were less excited about the proposed Resolution on the 100th Anniversary of Women as Messengers to the SBC, which honors the first messengers (Kathy Litton and Susie Hawkins) and thanks God for “women who have contributed in biblically appropriate ways through discipleship, missions, education, evangelism, service, leadership, and working for advocacy and justice.”

“I could never imagine such a statement being seen as necessary to be made regarding men,” said Prior. “If one replaced the word ‘women’ with ‘men’ throughout the document, the ludicrousness of such a resolution would be immediately clear. That such a resolution is needed for women is itself a sad commentary on the status of women in the SBC of late.”

Subscribe to CT and get one year free
Tags:
AbuseSexual SinSouthern BaptistsWomenWomen in Leadership
Posted by:
Kate Shellnutt