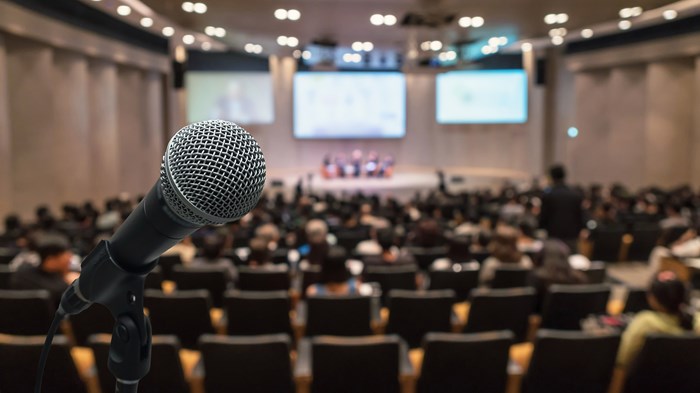 C. J. Mahaney announced today that he will back out of next month’s Together for the Gospel (T4G) conference to keep the controversy over Sovereign Grace Churches (SGC) away from the event.

“Given the recent, renewed controversy surrounding Sovereign Grace Churches and me individually, I have decided to withdraw from the 2018 T4G conference,” Mahaney wrote.

Over the past several weeks, Rachael Denhollander, the former gymnast whose Larry Nassar testimony went viral, has used her platform to address abuse in the church, particularly years-old allegations of abuse at Covenant Life Church, where Mahaney—the former president of Sovereign Grace Ministries (SGM)—had served as senior pastor.

Though the 2012 case against SGM was dismissed in court, Denhollander has repeatedly challenged the church network’s claims, most recently in a 7,800-word statement posted on Facebook last Thursday.

“I categorically reject the suggestion that I have ever conspired to cover up sexual abuse or other wrong-doing,” he wrote on Wednesday.

Mahaney did not participate in the 2014 T4G conference due to the lawsuits against the ministry at that time, and he opted to once again step away from the event he has put on for over a decade with fellow Reformed leaders Mark Dever, Ligon Duncan, and Albert Mohler.

“This conference exists to serve pastors with the gospel and exalt the Lord Jesus. I want to do all I can to promote that purpose,” his statement said. “Mark, Lig, Al and the other speakers should also be able to devote themselves to that purpose without the distraction of having to defend me or answer questions about Sovereign Grace Churches.”

The sold-out conference is scheduled to take place April 11–13 in Louisville, Kentucky, and will be livestreamed for free. Mahaney had been scheduled to offer a plenary talk at the conference, but now the title of his remarks has been replaced with a link to his withdrawal letter.

“I do not want this wonderful conference to become a context where questions about me or Sovereign Grace distract from the exaltation of Christ and him crucified (1 Cor. 2:2),” he stated.

Denhollander said she was “deeply grieved” by Mahaney’s announcement that he would be stepping away. She stated that if SGM has sufficiently shown the allegations to be false, Mahaney’s decision would be unnecessary, and if the allegation were true, it wouldn’t be a solution to the bigger problem.

As a result of Denhollander’s claims in a series of interviews and Facebook posts, SGC has addressed the matter with more detail than ever before. Its leadership team responded to allegations of cover-ups by pastors by pointing to the results of the 2012 case and emphasizing that abuse has not been widespread among its churches and that no policy directed leaders to not report abuse.

Current SGC leadership said characterizations including hers are ultimately “uninformed, irresponsible, and have severely damaged the reputations of innocent pastors and churches.”

Denhollander has trained as an attorney and spent seven years looking into the SGM case, partially a result of seeing her former congregation in Louisville defend and help restore Mahaney in its aftermath. She has specifically called for SGC to undergo a thorough, independent third-party investigation.

Covenant Life Church no longer belongs to SGC, so current ministry leaders have not had full access to the investigations commissioned by that congregation, SGC wrote.

A statement posted in mid-February defends the network against Denhollander’s earlier claims while emphasizing its growing awareness around abuse:

With respect to caring for victims, we readily acknowledge that we have learned much over the last 30+ years. There have been times when we simply did not do it well. We do not believe these instances were common, and they were by no means ill-intentioned. But in hindsight, we regret this and wish that we had done it better.

The leaders concluded, “For everyone reading this, we hope you realize that SGC, its pastors, and its members share a hatred of the sin of sexual abuse and a commitment to protecting against it.”