The pope remains popular, but hasn’t inspired people to join his church—or even roused Catholics to go to Mass more often.
Sarah Eekhoff Zylstra
March 06, 2018 10:17 AM 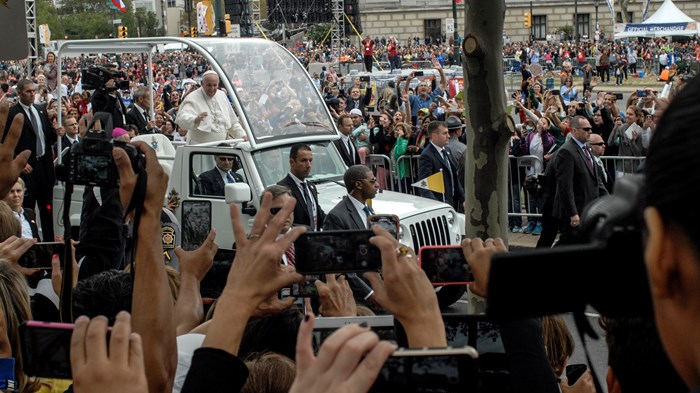 The “Francis effect”—a phrase used to describe the presumed positive impact of Pope Francis upon Catholicism—has been used so often that it has inspired a book, a podcast, and a documentary.

But it hasn’t been enough to inspire Americans to join the Catholic church—or even to encourage US Catholics to go to Mass more often. 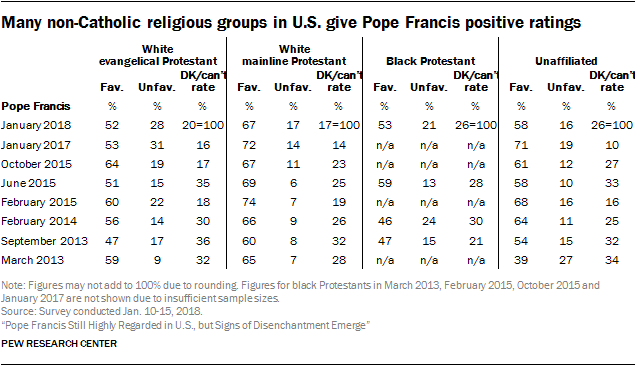 Pew dug into the growing discontent among Catholics, which appears to be coming almost exclusively from political conservatives. Those who identify as or lean Republican were much more likely to have a diminished view of the pope: 79 percent viewed him favorably, down from 90 percent in 2014. 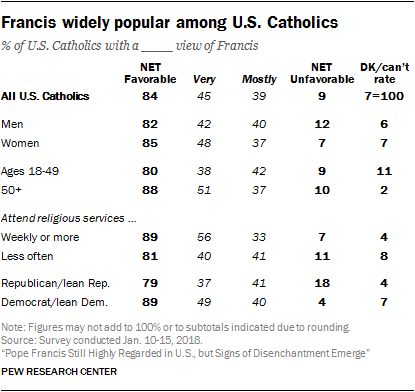 The substantial drop in Republican support is significant, given that slightly more white Catholics are Republican now (54%) than they were five years ago (50%). At the same time, the share of Catholics that are Hispanic—a demographic that usually votes Democrat—has grown (from 32% to 36%).

Interestingly, even as charges of Francis’ liberalism are on the rise, so is Catholic popular support for same-sex marriage: 67 percent now approve, up from 54 percent in late 2012 and early 2013). The stance among Catholic laity on abortion, on the other hand, has remained steady: 53 percent say it should be legal in all/most cases, while 44 percent say it should be illegal in all/most cases.

The majority of Catholics said that the pontiff has done “a lot” or “a little” to make the church more accepting of homosexuality (74%), as well as divorce and remarriage (69%).

Those who attend religious services at least weekly are more likely than those who don’t to say that Francis is doing a good job. They most appreciate the way he is standing up for traditional moral values (81% vs. 64% of those who attend less often), spreading the Catholic faith (78% vs. 66%), and appointing new bishops and cardinals (70% vs. 50%). They also like the way the pope is addressing environmental issues (67% vs. 50%), though they seem less sure about how he’s handling the sex abuse scandal (54% vs. 40%).

“While Francis continues to get positive ratings on multiple fronts, several of these positive ratings have declined noticeably in the past three years, and the share giving him negative ratings has increased,” Pew reported. Among all US Catholics, those who said he was doing an “only fair” or “poor” job of standing up for moral values doubled from 13 percent in 2015 to 26 percent today, while those who said he was doing “only fair” or “poor” at spreading the Catholic faith rose from 10 percent to 25 percent.

Overall, American Catholics aren’t ready to assign Francis a legacy—or a “Francis effect”—just yet. Some said his most significant action was setting a good Christian example (9%), while others said it was his focus on helping the poor (8%) or being more accepting (9%). But a plurality said they didn’t know or wouldn’t answer the question (29%).