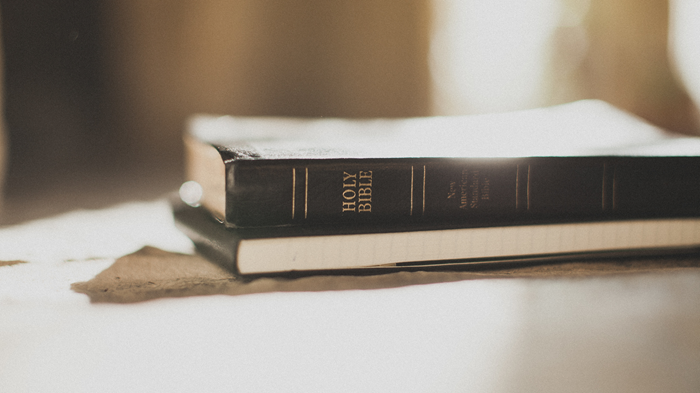 Plenty of Christian organizations require employees to sign a statement of faith. For over 200 years, the American Bible Society (ABS) wasn’t one of them.

But now the Philadelphia-based ministry plans to implement an “affirmation of biblical community” next year, requiring all employees to uphold basic Christian beliefs and the authority of Scripture, as well as committing to activities such as church involvement and refraining from sex outside of traditional marriage.

“This is a newsworthy story because the society, since its founding in 1816, has never had a doctrinal statement for employees. In fact, the American Bible Society was built on the idea that the Bible should be distributed ‘without note or comment,’” wrote historian John Fea.

The new affirmation doesn’t signal a brand-new direction for ABS, but reflects a decades-long shift from ecumenical to evangelical, which dates back to changes in the ’90s, chronicled in Fea’s bookThe Bible Cause: A History of the American Bible Society.

“The organization now feels comfortable enough in its evangelical identity to make such a formal statement of its beliefs,” which includes some evangelical parlance but would easily be embraced by orthodox Christians across traditions, Fea told CT. “The gay employees and the more ecumenical Christians who worked for the ABS should have seen this coming.”

Roy Peterson, a Bible translation expert who took over as ABS president in 2014, stated the covenant may change its staff makeup—Religion News Service reports that already 9 of 200 staff members have quit ahead of the January 2019 transition—but won’t change the nature of their work.

“To be clear, while we are now clarifying an understanding of Scripture with our employees, we remain committed to making the Bible available to anyone who needs it, regardless of alignment on these values,” said Peterson. “This decision does not signal intent to advocate or champion any cause other than increased engagement with the Bible.”

The employee statement does showcase what ABS believes about the scriptures it sets out to share, with lines like:

“While it shores-up the evangelical identity of the organization, it also eliminates people, groups, churches, and organizations that do not conform to this statement,” while keeping partnerships with groups like conservative Catholics and Orthodox Christians who would be willing to embrace such doctrinal statements, he told CT. (Earlier this year, ABS also defended its policy to restrict use of the .bible domain, which it runs in partnership with evangelical, Catholic, and Orthodox organizations, to sites that respect Scripture and its teachings.)

Stanley Carlson-Thies, founder and senior director of the Institutional Religious Freedom Alliance (IRFA), pointed out that the ABS affirmation seems focused on both evangelicals themselves, with its list of beliefs and moral guidelines, and those outside the tradition. The statement asks employees to show respect for “all people without distinction” and to minister to others “within and beyond our communities.”

To some evangelicals, the move toward more explicit faith statements is a practical and helpful one. Putting beliefs on paper brings a sense of clarity amid the current confusion over evangelical identity, and requiring employees to sign on to such covenants can keep expectations straightforward and prevent legal issues.

Carlson-Thies predicts more religious organizations will adopt or revise their statements to address the lack of consensus over basic convictions.

“In a more complex legal environment with greater sensitivity to invidious discrimination, it is now even more important for religious organizations to be clear about their belief and conduct expectations for staff, and to tie those expectations to the core religious beliefs,” he said.

“It bears stressing that an organization that adopts tighter boundaries on belief and conduct for staff need not at all aim to become more restrictive in who and how it serves; far from it: for many religious organizations, just as Jesus taught, it is faithfulness to orthodoxy that compels service and respect for all.”

In recent years, major evangelical ministries like World Vision and InterVarsity Christian Fellowship (IVCF) have amended their employment policies or statements of faith to include explicit lines regarding sexuality.

“When opposing beliefs begin to push against the faith once for all delivered to the saints, the faith needs to make clear and biblical statements to ensure biblical fidelity. Creeds and statements of faith often aim to make things clear, and describe what’s central, in the middle of the muddy cultural milieu,” wrote Ed Stetzer, executive director of the Billy Graham Center at Wheaton College, following the IVCF news in 2016.

“Belief-driven organizations must hire people who share their views on core issues—that’s just common sense and simple fidelity to their central beliefs.”

ABS announced its decision to adopt a faith statement last December (full text below), and employees will have until January 2019 before they are asked to commit or to leave the organization. “We did this because we believe a staff made up of people with a deep and personal connection to the Bible will bring unity and clarity as we continue our third century of ministry,” said Peterson.

The ABS mission remains a big task in America’s secularizing spiritual landscape. According to its most recent annual State of the Bible report, fewer Americans rely on the Good Book like they used to. Last year, 32 percent of adults said they never read, listened to, or prayed with the Bible, up from 27 percent from the year before.

Just as ABS will ask its employees to affirm the Bible’s authority over their lives, it regularly surveys Americans on whether they look to Scripture for guidance on various issues. In the 2017 report, for example, 61 percent of American adults and 88 percent of practicing Protestants said they were familiar with the Bible’s teachings on homosexuality. That was also the first time ABS asked whether the Bible influences their views on LGBT issues; 37 percent of Americans said yes.

The work we share is built on generations of faithful service. Dating back to our nation’s first founders, we join tens of thousands who have served, sacrificed and shone the light of God’s Word where needed most.

And for each new generation, our hope remains the same: that God’s Word would be extended to all people, even as far as the waters cover the sea (Habakkuk 2:14). This is the motivation for our Affirmation of Biblical Community-- uniting us in a common commitment to the Scriptures, in faithful service to the whole Church.

I believe in and worship one God eternally existent in three persons, Father, Son and Holy Spirit: God, the Father, the Almighty, maker of heaven and earth; God, the Son, our one Lord Jesus Christ, the only Son of God, who for our eternal salvation became incarnate from the Virgin Mary and was made a human being; for our sins he was crucified, suffered death, was buried, and on the third day was resurrected; he ascended into heaven and from there shall come again in glory to judge the living and the dead; God, the Holy Spirit, through whose presence and power come regeneration and empowerment for ministry. I believe the Bible is inspired by God, an open invitation to all people, and, for me, provides authoritative guidance for my faith and conduct. I look for the resurrection of the dead and the life of the world to come.

I will seek spiritual maturity through regular Bible engagement, participating in worship and prayer with others, and being involved in a local Christian church (2 Timothy 3:16-17; Colossians 3:16; Hebrews 10:25). I will seek to be involved in ministering to the needs of others, both within and beyond our communities (Hebrews 10:24; Luke 10:25-37; James 1:27). I will seek to show respect for all people without distinction, for each is created in God’s image (Genesis 1:27; Galatians 3:28). I will seek to increasingly display the Spirit’s fruit of love, joy, peace, patience, kindness, goodness, faithfulness, gentleness, and self-control (Galatians 5:22-23). I will seek to resist temptations of deception, malicious speech, stealing, cheating others, and dishonoring my body through substance abuse, objectifying or taking advantage of other people (Galatians 5:16-21; Colossians 3:5-11). I will seek to refrain from sexual activity outside of the marriage covenant prescribed and exemplified in the Bible: “a man will leave his father and mother and unite with his wife, and the two will become one," symbolizing the relationship between Christ and His Church (Matthew 19:5; Ephesians 5:31). If married, I will seek to view my marriage as a human symbol of the relationship between Christ and His Church, and I choose to honor the covenant of marriage as a lifelong commitment, and I choose to pursue all reasonable avenues of reconciliation should my spouse and I have unresolved conflict (Malachi 2:13-16; Matthew 5:31-32).

I acknowledge that every person sins (engaging in conduct that falls short of God’s standards), and I will seek to rejoice in God’s unconditional love and forgiveness of all repentant sinners (Romans 3:23; Ephesians 1:7). I will seek to treat all persons with love and respect, even if I disagree with their values, attitudes, and behaviors (1 Peter 2:17; Matthew 7:12). When relational conflict arises, regardless of fault I will seek to follow a biblical process for correction, forgiveness, reconciliation, and restoration. (Matthew 5:23-24, 18:15-17; 1 Corinthians 6:1-6). I believe that seeking unity in the pursuit of Christ makes possible the unity of our collective ministry.