As Christian Zionism influences US policy in Israel, Palestinian evangelicals seek greater acceptance from the American church.
Jayson Casper in Bethlehem
May 25, 2018 10:36 AM 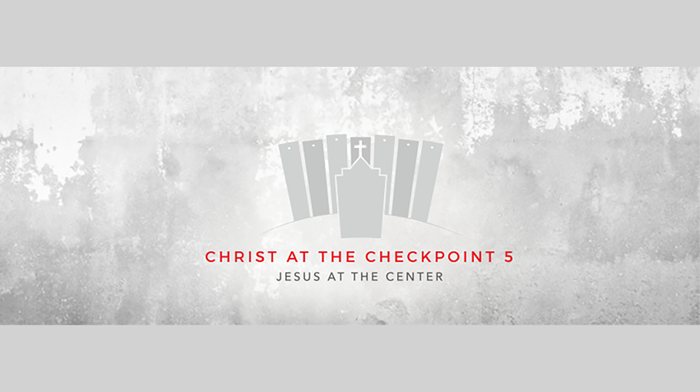 Image: Christ at the Checkpoint

Fares Abraham grew up in the West Bank village of Beit Sahour, where tradition says the angels sang “Peace on Earth” to the startled shepherds. But his clearest memory is of his mother shot in the back by an Israeli soldier as she shuffled him and the neighborhood kids into her house during the first intifada (“uprising”).

Now in his mid-30s, the Liberty University graduate created Levant Ministries five years ago to mobilize Arab youth to fulfill the Great Commission.

And when he comes back home, he is at peace with his upbringing.

“When I was young, I asked myself if I should join the resistance or be a bystander,” he said to the 500 attendees—including 150 local Palestinian Christians—gathered in Bethlehem from 24 countries at the fourth biennial Christ at the Checkpoint (CATC) conference in 2016.

“But now I can go up to a checkpoint, look a soldier in the eye, and say, ‘I forgive you and love you in the name of Jesus.’”

Working also with global partners, Abraham believes the younger generations are pro-peace, becoming increasingly pro-justice the more their lives are transformed by the gospel.

It is a message communicated at CATC, though its anti-Christian Zionism is often criticized as being anti-Israel.

“We as Palestinian Christians, victims of the occupation, want the worldwide evangelical church to stand with us,” said Sami Awad, executive director of the Holy Land Trust and a conference organizer.

“But after six years, I am hearing less and less of this focus. Before we allowed the political agenda to lead our theology. Now we ask how our gospel theology should drive us within the conflict and politics.” 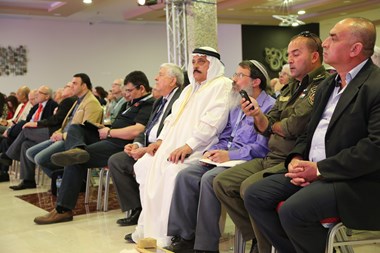 But that was two years ago. Their world today has dramatically changed since Donald Trump—with his many evangelical advisors—was elected president.

Awad said the fifth CATC, held next week from May 28 to June 1, comes at a pivotal moment.

“I thought Christian Zionism had reached its peak, and was beginning a slow decline,” he said. “But now it has reached the highest levels of power.”

The recent US embassy move to Jerusalem makes him nervous about an American green light for more dangerous developments—like the incorporation of settlements into Israel proper.

“Will there even be a movement to rebuild the temple?” Awad asked. “Many are rejoicing to be connected to power, and see what is happening as a fulfillment of prophecy.”

Abraham is right, however. A recent LifeWay Research survey found that younger American evangelicals are still solidly pro-Israel but less decidedly so than earlier generations. And nearly two-thirds agree that Christians should do more to love and care for the Palestinian people (as do 59% of all evangelicals).

“I think we are making an impact. Today there is a dialogue, and no one can ignore our perspective,” said the primary conference organizer. “I am pleased to see we are pushing people to revisit their positions and theology.” 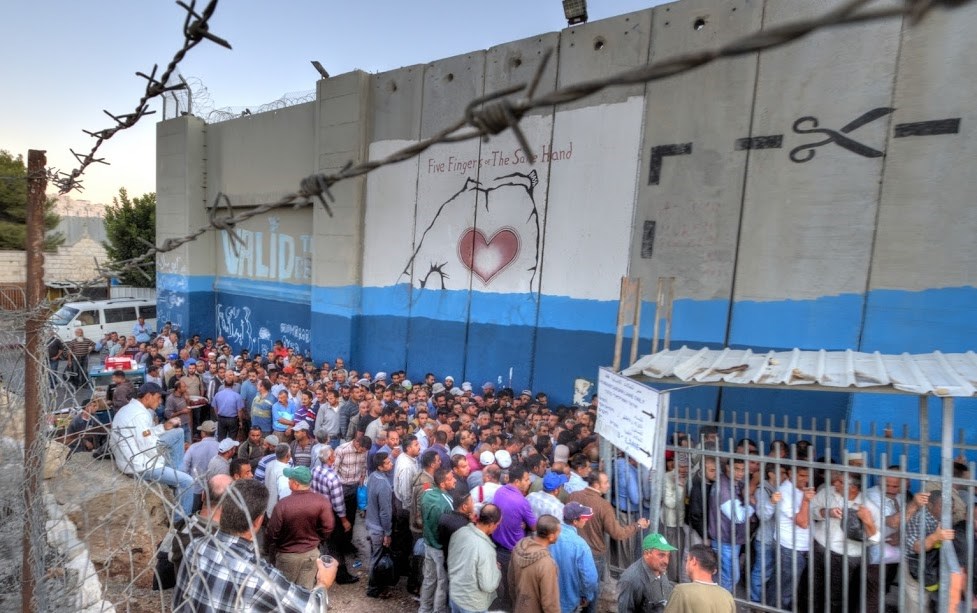 Isaac finds this to be true also among those who disagree, referring specifically to a new Christian Zionism that moves away from dispensationalism and end-times scenarios. In April 2015, the Institute on Religion and Democracy sponsored a conference to reassert the classic political and theological heritage in support of a Jewish Israel.

“Evangelicals do need a new, updated public policy perspective regarding the Middle East that stresses human rights for all people,” wrote IRD president Mark Tooley in 2016.

But he criticized CATC’s “tired old version of Liberation Theology and anti-Israel bias,” and called its supporters “dangerously naïve.”

Awad had found those pre-Trump developments to be largely positive. He called it a “soft-Christian Zionism,” and credited it for listening well to Palestinian concerns.

But lately, he has only heard silence.

Robert Nicholson, executive director of the Philos Project, attended the 2016 conference and will again this year. A friend to Awad, he chides CATC’s shortcomings in self-criticism and mischaracterization of Christian Zionists as “shofar-blowing evangelicals.”

Yet he does not want to be quiet about openness toward Palestinians. Despite his disagreements, Nicholson recognizes that the CATC organizers represent “the best Palestinians we could hope for.”

“If all were like them,” he said, “I believe that the situation here would be in a much better place.” [CT recently published his op-ed on how to affirm a positive Palestinian future beyond the Nakba.]

But the challenge to Christian Zionism is still too much for many to bear, and interpreted often as undermining Israel.

“Israel is the only country in the Middle East where Christians enjoy religious liberty,” said Rabbi Yechiel Eckstein, founder and president of the International Fellowship of Christians and Jews, which last year raised more than $140 million to support Israel, and more than $1.5 billion since 1983.

“Even as I decry the anti-Israel rhetoric that has taken place [at CATC], I give thanks for the many, many Christians who truly know Israel and continue to support the land and her people in prayer.”

Almost every American evangelical (95%) who has traveled to Israel views the state positively, according to the LifeWay survey.

But equally critical is Gabriel Naddaf, an Israeli Greek Orthodox priest who encourages Christians to join Israel’s army and adopt the ancient moniker of Arameans.

“CATC uses buzzwords like ‘love’ and ‘justice’ and ‘reconciliation’,” he told CT after the 2016 conference. “In the next breath, they incite against loyal indigenous Christians, slanderously suggesting that we are ‘Uncle Toms’ who betray our heritage.

“Yet we are true to our heritage, and it is they who betray basic evangelical values.” 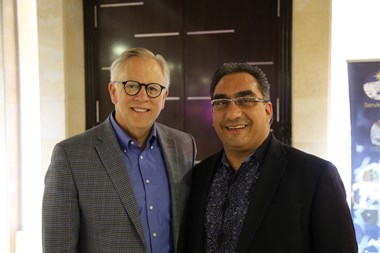 But there are signs CATC is inching into the evangelical mainstream.

Efraim Tendero, secretary general of the World Evangelical Alliance, addressed the 2016 conference, as did Mark Labberton, president of Fuller Seminary.

This year, headliners include Ajith Fernando of Youth for Christ and Eugene Cho, author and lead pastor of Seattle’s urban, multicultural Quest Church.

David Brog of Christians United for Israel has lamented that young evangelicals are waning in their support, especially on college campuses.

Fuller is indicative, as Labberton led the 2016 CATC daily Bible study and stated his presence was a statement of compassion and empathy with a persecuted part of the church.

“Except for a few politicians commenting in the opening, the conference has been absent from shrill political positioning in lieu of a call to love, peace, and justice applied to everyone,” said Labberton, noting that Israeli policies are pushing Palestinians from the land.

“I am not aware of another venue where the diversity of religious, theological, and political voices are brought together in such a respectful and thoughtful way.”

In 2016, this included recorded interviews with Hamas leaders and presentations by a Jewish rabbi and a Jewish settler.

The theme then was “The Gospel in the Face of Religious Extremism.” This year: “Jesus Christ at the Center.”

Awad said that this year a resurgent Christian Zionism led organizers to go back to their roots, and focus on Jesus’ gospel teachings.

And so they also invited Michael Brown, a Messianic Jew, who told Israel Today he wants to hold CATC accountable for its “wayward theology.”

“I get to voice my disagreements in the clearest possible terms, without compromise, excuse, or equivocation. Then I get to hear them do the same,” he wrote on his website, in response to friends who said his presence legitimized the conference.

“Then we get to challenge each other. Isn’t this exactly what followers of Jesus should do?”

CATC tries, though even its own community can be resistant. Salim Munayer of the Musalaha reconciliation ministry decried the increasing tendency of Palestinian Christians to withdraw into a ghetto-like mentality toward both Muslims and Jews.

But perhaps Awad can be an example, as his Holy Land Trust has conducted dialogue with settlers and Islamists alike. And a week before the 2018 conference, he was invited to the Negev Desert to address 120 Israeli activists in nonviolence, moving beyond tactics into personal transformation.

Perhaps the hard work is starting to pay off.

“I cannot be a voice to the other side in nearly the same way as one of their own,” he said. “But when you meet, each person goes back to speak the message.

“As communal beings, we naturally only trust our own kind. So we need to make our own community uncomfortable.”