The denomination drops end times doctrine from its statement of faith in a move to “major on the majors” and “minor on the minors.”
Daniel Silliman|August 23, 2019 08:00 AM 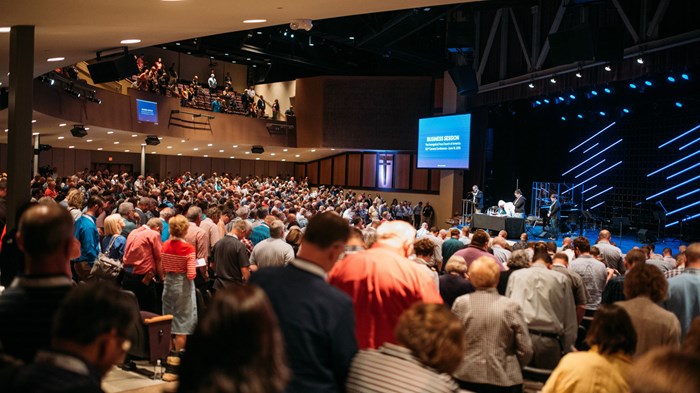 The Evangelical Free Church of America (EFCA) changed its position on end times theology, voting this summer to drop the word “premillennial” from the denomination’s statement of faith.

Many of the 350,000 people who belong to EFCA churches still believe Jesus will return to earth to reign as king for 1,000 years, but the denomination no longer considers that doctrine essential to the gospel.

An internal document explaining the rationale for the change says premillennialism “is clearly a minority position among evangelical believers.” Premillennialism has been a “denominational distinctive” for the EFCA, according to the document, but shouldn’t be overemphasized.

“The thought was, we must either stop saying we are a denomination that majors on the majors … and minors on the minors, or we must stop requiring premillennialism as the one and only eschatological position,” said Greg Strand, EFCA executive director of theology, in an interview with Ed Stetzer.

The revised statement says, “We believe in the personal, bodily and glorious return of our Lord Jesus Christ.” Whether or not Jesus will set up a literal kingdom on earth for a millennium is left to individual discretion.

The EFCA has been considering the change for more than a decade. John Woodbridge, a professor of church history at Trinity Evangelical Divinity School (TEDS), the ECFA-affiliated seminary in Deerfield, Illinois, spoke in favor of the shift back in 2008.

“People really saw high stakes in the move. One person of great stature told me that if you give up premillennialism, you will give up biblical inerrancy,” Woodbridge told CT. “For me, I never made that connection. John Calvin, Martin Luther, and others, certainly in the Reformed tradition, had a high view of Scripture, but they were never premillennial.”

The US church didn’t accept that argument in 2008, but the Canadian branch of the denomination did.

“It just happened to be easier for us,” said Bill Taylor, executive director of the Evangelical Free Church of Canada. “There’s a stronger dispensationalist history in the US than we have in Canada.”

Taylor said, looking back, the change was good for the Canadian evangelicals—and the darker predictions didn’t come true. “We’ve had no slippery slope to an allegorical approach to the Word,” he said. “There’s no pull toward liberalism, so there’s no negative impact in that way.”

When issue came up again in the EFCA leadership conference this year, a majority of US delegates were ready to vote to drop the word premillennial. The revision passed 79 percent to 21 percent.

Matthew Avery Sutton, a US historian at Washington State University and the author of American Apocalypse: A History of Modern Evangelicalism, was surprised by the timing.

The change was met with nonchalance at TEDS, where the faculty signed the revised EFCA statement of faith before the start of the school year.

“It’s not a huge topic,” said Graham Cole, the academic dean. “I’m not aware, of all my years here, of any big controversy over the issue.”

Dropping “premillennial” from the faith statement will mean one big change for Trinity, though.

“We’ll have a much larger pool from which to hire,” Cole said. “Our faculty have to hold to an inerrant Bible and the gospel of grace, but that eschatological barrier is removed.”