The historic designation comes as the government shuts down fellow Christian congregations in the province, leaving advocates to wonder whether it represents propaganda or progress.
David Roach
December 06, 2019 9:00 AM 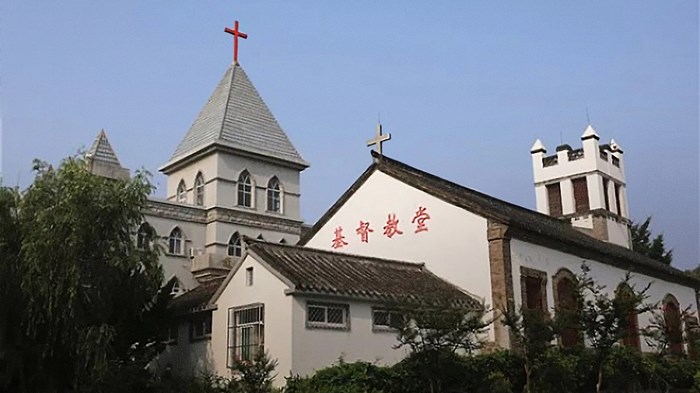 As the Southern Baptist Convention (SBC) collects its annual Lottie Moon Christmas Offering for International Missions, China has designated a church attended by the offering’s namesake a protected historical and cultural site. But a religious liberty watchdog wonders if the designation is part of an effort to deflect attention from religious persecution in the Shandong province.

China’s decision to protect the historic Southern Baptist missionary’s church “is ironic,” given Shandong’s status as “one of the worst places in China” for Christian persecution, said Massimo Introvigne, editor in chief of Bitter Winter, a magazine that monitors religious liberty in China. But “it makes sense” in “the framework of international propaganda.”

“At a time when everybody is talking about religious repression in China,” Introvigne, an Italian sociologist of religion, told Christianity Today, the government may be attempting to state, “You say we are persecuting Christianity in Shandong, but exactly in Shandong we are honoring Lottie Moon.”

News of the historical site designation for Wulin Shenghui Church of Penglai in Shandong broke last month in the Chinese publication China Christian Daily and made its way to the US via a release from the SBC’s International Mission Board, which has received $4.5 billion through the Lottie Moon Offering since its inception 120 years ago. The IMB’s Week of Prayer for International Missions this year is December 1–8. 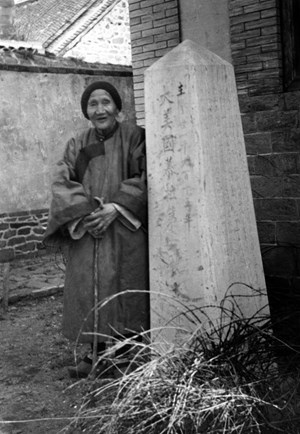 A monument dedicated to Lottie Moon was built by Chinese Christians in 1915.

Wulin Shenghui Church was constructed in 1872 by Southern Baptist missionaries but was closed to foreigners for decades before reopening in the late 1980s. Preserved within the church is a monument honoring Moon erected by Chinese Christians in 1915, three years following her death.

Moon lived in Penglai, then known as Tengchow, from 1873 to 1912 and attended the church for much of that time. She gained fame for her passionate evangelism, her reports back to the US, and her death, which some claim was due to starvation from giving all her own money to Chinese people suffering in a famine. (Others claim the starvation story is a myth, including historian Regina Sullivan in her book Lottie Moon: A Southern Baptist Missionary to China in History and Legend.)

Chinese authorities reopened the church building in 1987 during a visit by representatives of the Woman’s Missionary Union (WMU), an SBC auxiliary that promotes missions. At the time, Chinese officials said local Christians would be permitted to use the building for worship, and the WMU announced plans to take American tour groups to the area beginning the following year.

Local Baptists likely will be happy with the historical site designation, Introvigne said, because “to honor a figure which is clearly connected to the Baptist tradition [seems] to run counter” to the Chinese government’s effort to “de-denominationalize” the state-sanctioned Three-Self Patriotic Movement. China’s campaign to remove denominational divisions within state-sanctioned Christianity is part of a larger effort known as “sinicization” aimed at reducing Western influence on religion and making it more Chinese.

Religious persecution in general has increased in China since a 2017 law tightened restrictions on religious gatherings, buildings, and teachings. This year, the US Commission on International Religious Freedom listed China among 16 nations recommended for designation as “countries of particular concern” for “egregious violations” of religious freedom.

Despite any positive effects the historical site designation may have, Shandong remains a region of acute Christian persecution. In May, Persecution.org reported that China’s State Administration of Religious Affairs had established a station in the province to forcibly remove crosses, ban minors from attending church, shut down religious training centers, and remove religious symbols.

Last month, government officials replaced a statue of Jesus on the top of one Shandong church with a lightning rod, AsiaNews.it reported. A separate church had its cross forcibly removed this Easter, according to Persecution.org. Introvigne said thousands of underground house churches have been shut down in Shandong along with some government-sanctioned churches.

Religious groups known as xie jiao—organizations deemed heterodox by the government either for their theology or their political views—are among the most heavily persecuted in Shandong. The Church of Almighty God, which believes Jesus has returned to earth as a Chinese woman, had more than 50 members arrested in Shandong earlier this year, Bitter Winter reported.

Amid the religious persecution, Chinese Southern Baptist leader Amos Lee is hopeful the historical site designation of Lottie Moon’s church could be “part of the work of God.”

“Even in China we should not discount that God is really up to something,” Lee, executive director of the Chinese Baptist Fellowship of the United States and Canada, told CT. If God used the pagan king of Babylon as “a servant of God” in the Old Testament, he may also be softening the hearts of Chinese leaders.

“Nothing is impossible with God,” he said.

Introvigne also is hopeful for change in China, but he remains skeptical of the ruling Communist Party’s reasons for protecting Moon’s church. “It’s surely easier to honor a dead evangelist than to grant basic liberties to the living ones,” he said.

A monument dedicated to Lottie Moon was built by Chinese Christians in 1915.
expand
Give Today
Christianity Today strengthens the church by richly communicating the breadth of the true, good, and beautiful gospel.
Learn more
© 2020 Christianity Today - a 501(c)(3) nonprofit organization.