How Christians care for one another when their leaders fall.
Kate Shellnutt
February 21, 2019 8:00 AM 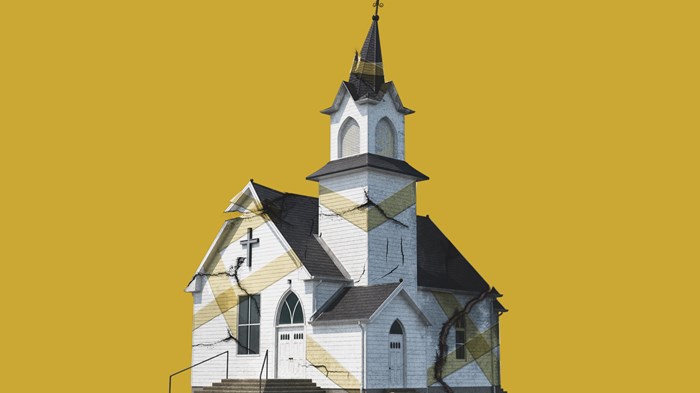 Last weekend was the first time Harvest Bible Chapel gathered for worship without James MacDonald as its senior pastor.

Days after firing the church’s founder, the elders of the Chicago-area multisite congregation announced more changes. The executive committee—the top leaders on the elder board—would also be resigning within months. A task force had been formed to review church structure and processes. This week, the elder board winnowed from 30 people to 9.

At Harvest, concerns had lingered for years after the church’s dismissal of three elders in 2013, alleged mismanagement, and negative reports swirling around MacDonald. As leaders and members pray and plan for a healthier church culture, they’re also left lamenting the hurt, confusion, and discord that’s led to this point.

“We know there are many of you feeling shock and frustration—those feelings are real and understandable. We know there are many who have been grieved by these things over the past weeks, months and even years—and we share your grief,” Dave Learned, pastor of counseling ministry, told the congregation on Saturday night. “Our earnest desire is that God would, in his grace, forgive our sins, heal our wounds, and restore unity and harmony to this congregation.”

Harvest numbers around 12,000 members across seven campuses. As a result of the saga, some have already stopped attending or joined nearby congregations, including 2,000 that left around the 2013 incident. During a major transition for the congregation—and the loss of the charismatic preacher who had been its famous face and voice—more will inevitably opt to leave.

Either way, if they stay or go, the body of Christ absorbs the blow; “if one part suffers, every part suffers with it” (1 Cor. 12:26). Those affected by the turmoil at Harvest—or elsewhere—need space to grieve and the hope of the gospel.

Church leaders and fellow pastors in the Chicago suburbs have opened their doors to those who fled Harvest. A former women’s ministry director at Harvest who left four years ago, Lina Abujamra, posted on Facebook last week to invite anyone over who needed to talk about what was going on at the church.

“While only a handful showed up, the range of their pain was wide. Some women were still in the middle of the trauma and were still currently attending Harvest. Others had old wounds that had resurfaced and were hurting, having never felt closure to their stories,” Abujamra, a Bible teacher and Moody Radio host, wrote on her blog.

“For years, they had been made to feel like the outcasts, but finally vindication in its godly form was working its way out. And still some came because their loved ones and spouses have abandoned the faith completely and now refuse to go to church—and they long to understand why.”

At Judson University in Elgin, Illinois, campus minister Chris Lash found himself discussing MacDonald’s leadership and firing with students, many of them new believers. Their line of questions felt sadly familiar. Lash similarly saw students grapple with Bill Hybels’s departure from Willow Creek Community Church less than a year ago.

“I’m seeing people who are really burned by a place like Harvest. They’re confused,” said Lash, the director of university ministries, who is planning discussion sessions to address the role of lament and how a Christian responds when the church fails. “Whether it’s the darkness of sin, the darkness of leadership abuses, let’s name that for what it is, and let Christ begin to heal.”

While Harvest and Willow Creek represent two recent, prominent examples in the Chicago area, abuses of power and church mismanagement happen across denominations and in churches of all sizes. Plenty in the pews have been left with the twisted grief of watching once-respected leaders leave their positions and facing the reality of a church in crisis.

Five years ago, after mounting controversy, Mark Driscoll resigned from Mars Hill Church, the multisite megachurch he famously founded around Seattle. Christians across the individual campuses—which became independent churches and took on new names months after he left—grappled with defending their former preacher, dismissing him outright, or just wondering what went wrong.

Campuses lost members by the hundreds, and in the case of the main Bellevue campus, where Driscoll preached in person, thousands, according to The Gospel Coalition (TGC).

Former attendees overwhelmed nearby church plants with both logistical demands and the spiritual baggage of leaving a church after a leadership crisis. “I had never been asked by so many people I don’t know—before I even heard their name—about bylaws and pastoral pay structures in my life,” one Seattle church planter told TGC.

Their experience offers some lessons and, ultimately, gospel hope, as Christians seek to care for their neighbors suffering at Harvest or other congregations in the midst of tough transitions.

“Some will leave, and they did. Some will stay and be angry, and they did. And some will have no clue what’s going on,” said David Fairchild, lead pastor of Trinity West Seattle Church, Mars Hill’s former West Seattle campus, in a recent interview with CT. “Others, who had been in the church a long time, that had maybe been through difficulties like this, will often be your greatest advocates. They recognize the church endures through all of it, and the church will remain through all of it in one form or another.”

During the adjustment period, Fairchild began to preach on the bigger story of the Bible, to offer perspective and context for their place in church history. Then came a sermon series on 1 Corinthians, called This Beautiful Mess, which explored the challenges of a church wounded by sin and infighting.

Mars Hill had always been a place where they would “tell it like it is,” an attitude that led to frank discussions—in Sunday chatter, member meetings, small groups, and one-on-one sessions—about the questions raised by Driscoll’s departure and the church going forward. Fairchild said leaders at Trinity West took their cues from the congregation, remained patient with their grieving and grappling rather than pushing to “move on” to the next season for the church.

Other former campuses had similar experiences. Aaron Gray, pastor of Sound City Bible Church, formerly Mars Hill Shoreline, remembered being sensitive to how leaders communicated to the congregation afterward, careful not trigger pain or suspicion with their remarks on Sundays. They knew that their people needed time to heal.

Changes were on their way, absolutely. New processes and practices would be inevitable. But ultimately, the truth of the gospel became the greatest immediate refuge and the perfect guide for the rebuilding that would come.

“After so many things were unknown, it became really important to focus on the things that were known, even the things that sound incredibly simple. In a time of trial, pain, transition, that’s just the baseline of the gospel itself, that Jesus is alive, the tomb is empty, that Christ died for our sins,” Gray said. “Though the local church is going through an incredible season of turmoil, Jesus promised that he would build his church and the gates of hell would not prevail.”

The Lord continues his work despite and through church’s most difficult times, proving his faithfulness even then.

“Something that’s been really good for me to realize through this process is that when our influence outpaces our maturity, the kindest thing that God can do is remove our influence and bring it to the level of our maturity,” said Fairchild. “Whether it be Mark or James or anyone else that’s experiencing that, it’s not a hateful punishment of God, it’s a loving discipline of our Father.”

In Learned’s statement to Harvest on Saturday, he referenced praying for MacDonald, but also emphasized the church’s place beyond him. “Harvest Bible Chapel was not founded on a great pastor, or a great leadership staff, but on a great God, and a great gospel of grace,” he said.

“We’ve received the benefit of many years of teaching from this pulpit that the message is more than the messenger, and that God stands ready to respond to those who would humble themselves and repent before him. These are truths from the Word of God, not from any pastor, and we can still rely on them.”