Latest translation of US evangelical document on LGBT issues divides Dutch Bible Belt and leads to criminal threats against a Christian politician.
Kate Shellnutt|January 10, 2019 09:51 AM 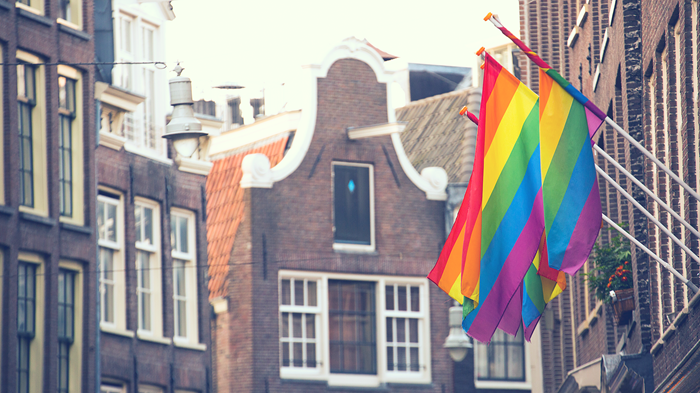 When the Council on Biblical Manhood and Womanhood (CBMW) debuted its treatise on gender and sexuality at a Southern Baptist conference in 2017, the mayor of Nashville condemned its affirmation of traditional marriage and biological sex as well as its use of her city’s name.

A year and a half later, government officials 4,300 miles away are debating the legal ramifications of the document in The Netherlands, where 200-plus evangelical Protestants recently signed a Dutch translation of the Nashville Statement.

The country’s public prosecutor began investigating this week whether backing the “Nashville Verklaring,” as a Christian political party leader has done, violates anti-discrimination measures in the Dutch constitution. Among its 14 points on sexuality, the Nashville Statement declares that same-sex marriage, gay identity, and transgender identity do not reflect God’s design for humanity.

The conservative Christian proclamation hasn’t gone over smoothly in the Netherlands, which became the first country to legalize same-sex marriage in 2001 and where just 15 percent of the population believes in God. LGBT advocates in government buildings, businesses, and affirming churches and Christian colleges flew rainbow flags yesterday to oppose the Nashville Statement.

While more conservative Protestant leaders repeat the defense made by their counterparts in the US—that the document represents the church’s longstanding position on marriage and sexuality—fellow Christians worry that they have divided the church by bringing American culture wars onto Dutch soil.

“This document undoubtedly brings deep divisions among Christians in the Netherlands,” wrote Jan Wolsheimer, director of the evangelical council Missie Nederland, just a couple months after he applauded the historic ecumenical partnership around the marathon asylum service in The Hague.

“In addition, I find it from a pastoral point of view a document that will give a lot of grief in those circles where people have a different opinion on homosexuality and gender issues.”

Lawmaker Kees van der Staaij—the leader of the Reformed (as in Calvinist) political party, Staatkundig Gereformeerde Partij (SGP)—faced criticism in the Dutch capital for signing the document. A Christian university has admonished the professor who initiated the Dutch translation. Fellow believers, even those who may share an opposition to same-sex marriage, have lamented it as unhelpful and polarizing. A political cartoon in a Christian newspaper represented the Nashville Statement with a country singer crooning about being a “looong way from home.”

“The statement is certainly occasioned by particular developments in the West in the aftermath of the sexual revolution,” CBMW president Denny Burk said to CT. “Nevertheless, we intended for the statement to reflect biblical principles that could be accessed by any culture.”

The vast majority of those who drafted and initially signed the Nashville Statement were Americans, along with a handful of British pastors and a Central American pastor. Within two months of its release, Spanish, German, and Chinese Christians had requested translations, which were made available on the CBMW site.

Last month, evangelist Arjan Baan and pastor and professor Piet de Vries led a team of a half dozen pastors and theologians to translate the English statement into Dutch—the version generating the national outcry this week.

De Vries belongs to the Restored Reformed Church (Hersteld Hervormde Kerk or HHK), a denomination of orthodox holdouts who declined to join the nation’s main Protestant body, the Protestant Church in the Netherlands (Protestantse Kerk in Nederland or PKN), when it was formed in a merger 15 years ago. According to The Economist, “The mainstream PKN, with over 1 million adherents, has lost members year by year; the stricter HHK has held steady.”

Restored Reformed pastors have been more likely to sign onto the Nashville Statement; just 30 of 1,600 Protestant Church in the Netherlands pastors have done so, all from the Reformed wing (Gereformeerde Bond), according to PKN leader René de Reuver.

The Dutch translation from Baan and de Vries retains as much of the original language as possible to identify with the intent and movement launched by the CBMW and ERLC in the US, but adds a short afterword urging greater pastoral care given the treatment of the LGBT community in the past.

According to the Christian newspaper Netherlands Dagblad, the workgroup allows the wording to remain “American-like,” rather than switch to translations in Dutch that could carry a different emotional tone. Though de Vries wanted to see more detail around struggling with “sinful nature,” the translators wanted to stick with the original text, noting that they are joining an international document and belong to the same global church.

While Dutch Christians have challenged the wording, the bigger issue is the content.

“I read with agreement that people explained why they didn’t want to sign the Nashville Statement. Not pastoral enough, import of American culture war, etc. All true,” read a translation of a tweet from Willem Smouter, president of the Dutch Reformed Churches (Nederlands Gereformeerde Kerken or NGK).

“But the main thing I think is this, that the statement states, ‘We deny that it is in accordance with these sacred intentions when people want to see themselves consciously and position themselves as persons with a homosexual or transgender identity.’”

The Nashville Statement spoke to “many of the most controversial issues that the church now faces inevitably in the context of our modern American civilization,” said Southern Baptist Theological Seminary president Al Mohler, a CBMW council member, on his radio show yesterday. “But, of course, the situation is not merely American, it is increasingly worldwide.”

“Furthermore, many of the issues that the Nashville Statement had to address in 2017 had actually emerged earlier in another context, specifically, the context the Europe,” he said, raising concerns about the trajectory of secularization in the Netherlands and its neighbors.

The Nashville Statement, a follow-up to the CBMW’s landmark Danvers Statement on complementarianism and gender roles, garnered 22,000 signatures over time in addition to the prominent US evangelicals who backed it from the beginning, including James Dobson, John Piper, Francis Chan, and Ligon Duncan.

The original English version also drew criticism from LGBT-affirming Christians and non-Christians in America, as well as certain fellow evangelicals who opposed same-sex marriage but challenged the framing, details, or wording of the statement.

As commentators in the Netherlands continue to decry the beliefs in the statement as outdated, unloving, and out-of-touch, Burk at CBMW has clarified that its purpose is not political.

“It is a church document, not a political document,” he said. “It is meant to function as a confessional standard for churches and ministries that wish to adopt it. It is not a prescription or plan for public policy. In that sense, it is more like the Chicago Statement on Biblical Inerrancy than the Manhattan Declaration.”

Eline Kuijper, a reporter for Netherlands Dagblag, told CT that she doubts that politicians like van der Staaij will end up being legally prosecuted for their support; after all, the country’s constitution also has protections for freedom of speech, opinion, and religion.

Even without criminal charges, the outcry represents a landmark shakeup between the Dutch Bible belt and its more liberal neighbors.

As The Economist concluded, “In the end, the effect of the Nashville Statement’s Dutch version has been to confirm that, outside a tiny minority, acceptance of homosexuality and transgender identity is too firmly established in Dutch society—and in Dutch Christianity—to dislodge.”