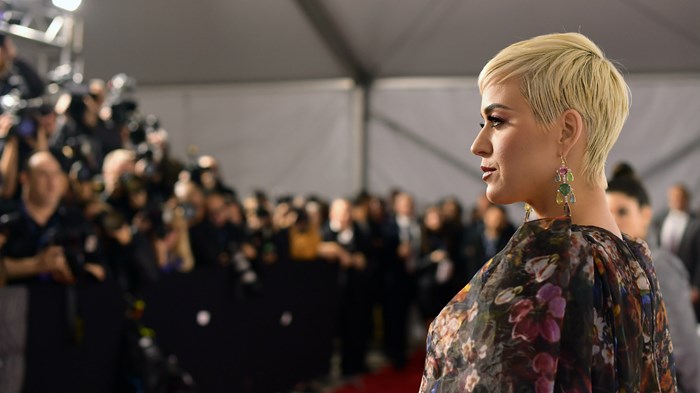 Update (August 1): Katy Perry and the creators of “Dark Horse” were ordered to pay $2.8 million in damages after being sued by Christian rappers for copyright infringement, The New York Times reported.

The jury calculated the payout for Flame (Marcus Gray) and his collaborators after determining that 22.5 percent of the pop hit’s profits came from beat taken from his song, “Joyful Noise.”

The bulk of the damages will come from Capitol Records, which was fined at $1.3 million. Perry owes $550,000, with her producers and their companies paying the remainder.

Update (July 29): She stole a beat, ‘cause she liked it? A federal jury sided against Katy Perry, ruling on Monday that her song “Dark Horse” copied from a Christian rap song, the Associated Press reported.

Flame (Marcus Gray) will be rewarded copyright damages due to the similarities between Perry’s hit and his 2009 song “Joyful Noise.”

He has yet to offer comment on the victory after a weeklong trial, which CT reported on below.

According to the AP:

Perry and the song’s co-authors, including her producer Dr. Luke, testified during the seven-day trial that none of them had heard the song or heard of Gray before the lawsuit, nor did they listen to Christian music.

Gray’s attorneys had only to demonstrate, however, that “Joyful Noise” had wide dissemination and could have been heard by Perry and her co-authors, and provide as evidence that it had millions of plays on YouTube and Spotify, and that the album it’s included on was nominated for a Grammy.

Fellow Christian rapper Lecrae was featured on “Joyful Noise,” which came out in 2009, but dropped his name from the suit.

Original post (July 25): The mainstream pop and Christian hip-hop (CHH) worlds collided again this month, as a five-year-old lawsuit claiming Katy Perry stole beats from a CHH song made it to court.

Last week, Perry took the stand before a civil jury in downtown Los Angeles and maintained that she was not familiar with Flame’s “Joyful Noise” (featuring Lecrae) when she created her 2013 magic-themed, pop-meets-trap hit “Dark Horse.” Despite her origins as a Christian musician—then performing as Katy Hudson—Perry said that she was “mostly always listening to…secular music.”

A US District Court judge rejected a summary judgment bid by Perry and several other songwriters last summer, and the trial will continue on Friday, when Flame (Marcus Gray) is expected to testify again.

Flame originally claimed in a 2015 lawsuit that his song had been “irreparably tarnished by its association with the witchcraft, paganism, black magic, and Illuminati imagery evoked by the same music in ‘Dark Horse.’”

Judge Christina Snyder deferred to the opinion of the plaintiff’s musicologist who argued that the songs were similar enough on "five or six" musical criteria and shared unique melodic descents that he believed the plaintiffs' claims.

The same musicologist also took the stand in court last week to support the plaintiff’s case and testified, “I have not seen another piece that descends in the way these two do."

Perry dismissed an argument that her decision to cut the opening beat of the song at her 2015 Super Bowl performance was related to the lawsuit.

Several weeks after the lawsuit was filed in July 2014, Lecrae, who was featured on “Joyful Noise,” distanced himself from lawsuit and later dropped his name from the suit. "I'll say this -- I have no qualms with Katy Perry. Love her and if she wants to talk at any point in time, I'm more than willing to that," Lecrae told MTV News.

“I was in Hong Kong [when] the press release went out, and it’s not my song—it's my guy Flame's song and I respect everyone's intellectual properties—but that statement about the witchcraft and stuff, that's not my statement and I don't stand behind that statement.”

“Dark Horse” was released in September 2013 and reached No. 1 on the Billboard charts in January 2014. Six years earlier, Flame’s album was nominated for a Grammy for Best Rock or Rap Gospel Album, and “Joyful Noise” also received a Dove Award nomination.

Along with Flame, fellow artists Da T.R.U.T.H. (Emanuel Lambert) and Chike Ojukwu are also listed on the lawsuit.

CT first reported on the dispute in 2014, noting that Perry, a pastor’s daughter, began her career as a Christian artist and said she kept the faith even after her first single “I Kissed a Girl.” She has since spoken out to say she is no longer a Christian.