Most healthcare workers want to offer spiritual care if the sick are open to it—but doing so cost a Pentecostal nurse in the UK her job.
Griffin Paul Jackson|June 14, 2019 08:00 AM 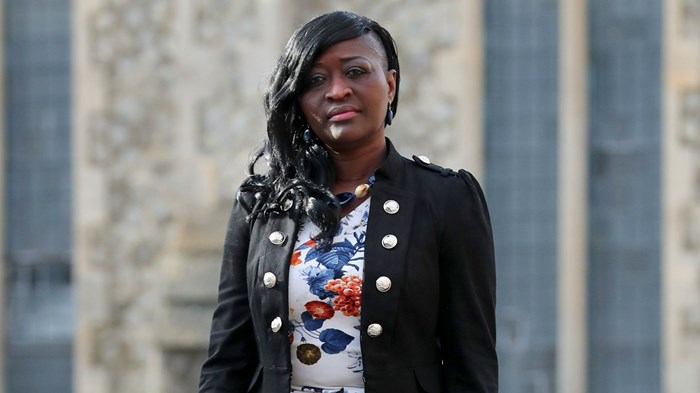 A British nurse named Sarah Kuteh was fired from the hospital where she had worked for nearly a decade because she spoke with patients about her faith, passed out Bibles, and sang hymns on the job. Last month, a UK court rejected Kuteh’s most recent appeal.

“The Respondent employer did not have a blanket ban on religious speech at the workplace,” according to the court of appeals ruling. “What was considered to be inappropriate was for the Claimant [Kuteh] to initiate discussions about religion and for her to disobey a lawful instruction given to her by management.”

Kuteh is the latest in a string of cases of Christian medical workers in the UK who faced punishment for sharing their faith at work. Her lawyers at the Christian Legal Centre are considering further action as questions continue to come up around the appropriate place for religious expression in healthcare—particularly when a sizable number of patients indicate they welcome spiritual care from their providers.

The uproar around Kuteh initially broke in June 2016, when a cancer patient complained about what he characterized as her “very bizarre” behavior. The patient said Kuteh “told him that the only way he could get to the Lord was through Jesus,” and that she would give him a Bible if he didn’t have one.

Court documents also allege that Kuteh, a Pentecostal Christian, encouraged the patient to sing along as she sang Psalm 23 and that she held his hand tightly as she prayed an “intense” prayer that went “on and on.” On a hospital form, the patient had checked “open-minded” when asked about his religious beliefs. But in describing Kuteh’s actions to the court, he likened her evangelism to a Monty Python skit.

Little more than two months after the incident, adjudicators had concluded that Kuteh’s conduct violated Nursing and Midwifery Council (NMC) rules, and she was fired for gross misconduct. Despite Kuteh’s initial pushback, an employment tribunal upheld her dismissal, though she was allowed to practice nursing again after a year of restrictions.

In subsequent proceedings, it was discovered that Kuteh had a pattern of sharing her faith bedside. On other occasions, a patient said she “spent more time talking about religion than doing the assessment,” reportedThe Telegraph. She was accused of “preaching” by another patient.

Ultimately, Kuteh objected that the employment tribunal had “failed to consider the correct interpretation of the NMC Code and the distinction between appropriate and inappropriate expressions of religious beliefs.” She also claimed that the European Convention on Human Rights permitted her conduct, drawing a distinction between “true evangelism and improper proselytism.”

Last month’s ruling has, for now, put an end to Kuteh’s case, but the ramifications are ongoing. According to CBN News, some have praised Kuteh’s methods.

“Many Ghanaian Christians have a habit of talking about Jesus all the time, even though in the UK it is seen to be culturally inappropriate,” said Graham Miller, the CEO of London City Mission. “Praise the Lord for Sarah’s compassionate heart and courage!”

Kuteh’s case is not unique, especially in the UK. In 2008, another UK nurse, Caroline Petrie, was suspended from her job for offering to pray for a patient during a home visit. The patient reported the event, saying she was “taken aback,” though not offended. Petrie was later reinstated.

Another British nurse, Shirley Chaplin, was dismissed from her position in 2009 after she was ordered to remove or hide her crucifix for “health and safety” reasons and refused, setting in motion a case that made it all the way to international court. And in 2011, British doctor Richard Scott shared his Christian faith with a suicidal 24-year-old patient—Scott said the patient told him to “go for it”—and was found guilty of malpractice.

In the ongoing tension between appropriate and inappropriate religious practices between medical professionals and patients, the lines are still blurry, even as courts hand down their rulings.

More than 20 years ago, CT published a three-part story about the medical community increasingly discovering the medical benefits of faith and prayer; a major study conducted more recently found that prayer—at least in clinical trial settings—mostly didn’t change patient outcomes. Tempered by regulation and secularism in the culture and professional medical settings, most medical professionals still acknowledge the relevance of religious practices in the engagement with patients.

In response to the Petrie case in 2008, Nursing Times conducted a survey that found 91 percent of the 2,500 respondents felt Petrie should not have been suspended for offering to pray with her patient. The survey also found that 40 percent of nurses had been asked by a patient to pray and more than 9 in 10 (91%) said nurses praying for patients could sometimes be appropriate.

A 2018 Medscape poll found that 88 percent of nurses were “comfortable” or “very comfortable” with praying with or for patients. Nearly 8 in 10 (77%) physicians said the same, along with 73 percent of medical students. Majorities of nurses, physicians, and medical students say they “always or frequently” accept patient requests to pray with them (87%, 69%, and 75%, respectively).

Not only are medical professionals willing and able to pray with patients, but “the majority of patients believe that spiritual care by physicians is important,” according to a recent study in the AMA Journal of Ethics. Approximately half say that want their doctors to pray with them.

Relaying a case about a doctor praying an impromptu and undesired prayer with a patient, Duke University professor and physician Peter A. Ubel wrote in The Atlantic in 2013, “It was wrong for that neurosurgeon to preach at his patient’s bedside without first inquiring about his patient’s spirituality. It is equally wrong for physicians to act as if patients’ spiritual beliefs have no relevance in their medical care.”

“Spiritual issues are central to patients’ experience of illness, particularly when they are really sick,” says physician James A. Tulsky of the Harvard Cancer Center. “To ignore spirituality is to ignore a central piece of what it means for many people to be a patient.”

Perhaps even more dangerous than ignoring spirituality in hospital rooms is overdoing it. In Kuteh’s case, she expressed to the court that she was deeply sorry and recognized that she had imposed her views, though she asserted that she hadn’t initiated the discussions and that she “felt compelled by her passion to comfort patients.”