Major ministry ends class action with no acknowledgment of guilt and gives board seat to plaintiff.
Sarah Eekhoff Zylstra|March 1, 2019 08:51 AM 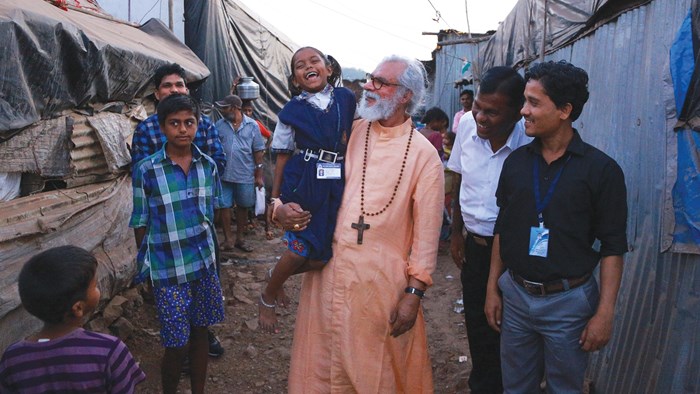 After three years in court, Gospel for Asia (GFA) announced yesterday that it would pay $37 million and a board seat to settle a class-action lawsuit.

One of America’s largest ministries—in 2013 alone, it brought in about $93.8 million—GFA faced two lawsuits accusing it of sending only 13 percent of its donations to the field instead of the oft-promised 100 percent.

The first of those lawsuits was dismissed so it could go to arbitration. Then its plaintiffs were included in the second lawsuit—along with about 200,000 others who donated between January 2009 to September 2018—when the suit switched to a class action in the fall.

In the settlement, the plaintiffs and GFA agree that “all donations designated for use in the field were ultimately sent to the field.”

“The ministry hopes that those who receive these funds will simply turn around and donate the same amount of money to another worthwhile ministry,” Moore stated. “[GFA’s] desire is only for the Lord’s work to be done.”

Approximately 200,000 past donors to GFA will be eligible to receive a portion of the $37 million settlement, after court and attorney fees.

The amount was only 10 percent of what the plaintiffs asked for, but “I feel good,” said plaintiffs’ attorney Marc Stanley. “We also got significant reforms.”

One of those is a seat at the board for plaintiff Garland Murphy, a doctor who along with his wife gave $8,922 to GFA in 2012 based on its “100% Guarantee.” Another reform is taking away a board seat from founder K. P. Yohannan’s wife Gisela and replacing her with a person approved by both Yohannan and Murphy.

No new board members related to Yohannan may join the board for the next three years. And the board will add a subcommittee—which will include Murphy but not Yohannan or his son Daniel Punnose—which will file regular reports to the court for three years.

Those reports will track how well GFA is doing in complying with its promises to train the board in its obligations, to publish annual reports, and to make clear to donors that it “retains discretion to use donated funds in any manner that serves ministry purposes.”

Part of Murphy’s complaint was that GFA’s loose bookkeeping—“millions of hard copy” receipts were spread across its partners in India—hid the fact that money purportedly raised for water buffaloes or “Jesus wells” wasn’t actually spent on those things. GFA contended that all of the money made it to the field, but “there was no guarantee” the money “would be used for its exact designated purpose,” according to court documents.

GFA will also “attempt to comply” with all Evangelical Council for Financial Accountability (ECFA) guidelines, according to the settlement. In 2015, GFA was kicked out of the organization it helped found after ECFA concluded that GFA misled donors, mismanaged resources, had an ineffective board, and violated most of the accountability group’s core standards.

“The fact of the matter is that Gospel for Asia did not act fraudulently, and all the donations they received made it to the field,” Moore stated. “The agreement to settle was, in part, precipitated by a concern that the ministry could [not] continue to bear the weight of defending itself. Class action lawsuits are enormous burdens for large, for-profit companies. So, one needs just to imagine the weight of an action like this against a not-for-profit organization.

“The good news is that the lessons learned from this burdensome series of events will make the ministry stronger,” he stated.

But first it’ll make GFA poorer. The nonprofit will pay $26 million within 30 days and raise the rest within a year, according to the settlement—with its Texas headquarters on the hook as collateral.

And that money can’t come from donations designated for something else.

The plaintiffs “recognize that funds payable … were donated to GFA-USA for use in the field,” the settlement said. Those obligations have to be paid first, and GFA’s “field partners will provide documentation that all such designations were satisfied.”

“To the extend the funds [to pay off the lawsuit] … are raised through donations,” the settlement states, “they shall be raised through solicitations for general ministry purposes.”

“For three long years, our ministry wondered more often than I’d like to admit if we would survive this ordeal,” stated Yohannan. “… I’m most proud of the fact that we managed to continue to serve those in need even as we fought every day to survive ourselves.”