With a prayer tent going up in Beirut square, participants see a “spiritual dimension” to anti-corruption demonstrations.
Jayson Casper|November 8, 2019 08:00 AM 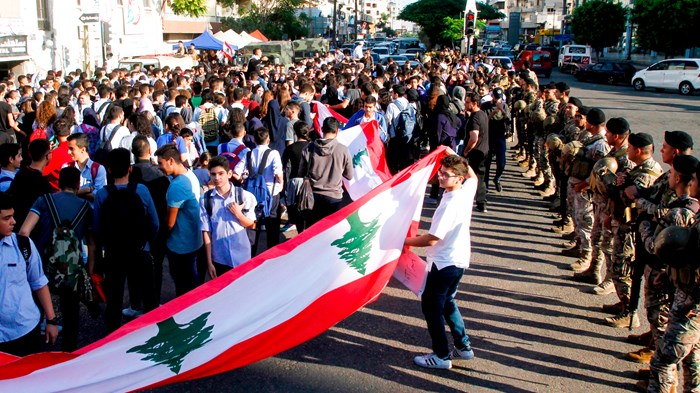 At first, it was two high school girls.

The education minister in Lebanon had just canceled classes nationwide due to an explosion of popular anger at proposed taxes. Public squares in Beirut and other cities swelled with demonstrations. The two students asked Steve White, principal of the Lebanese Evangelical School (LES), if he would join them and protest too.

White, a Lebanese citizen since 2013, became principal in 2000, succeeding his English father who’d held the post since 1968. Founded by a British missionary in 1860, LES preaches the gospel clearly and is one of the top schools in Lebanon. But it bucks the sectarian trend of community enclaves as 85 percent of its students are Muslim—most coming from the Shiite community. Discussion about religion and politics is forbidden.

The protests began October 17. At the height of student interest, White arranged four school buses for a unique civic education. Though he knows his students well, he couldn’t tell their breakdown ...