Kristina Arriaga’s surprising resignation from the USCIRF reveals some broader disagreement about who has a voice in US efforts to address persecution abroad.
David Roach|November 25, 2019 10:22 AM 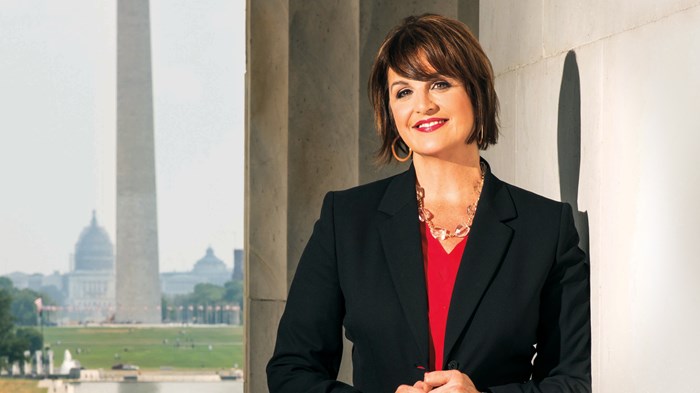 When American pastor Andrew Brunson was imprisoned in Turkey, the US Commission on International Religious Freedom (USCIRF) played a major role in spotlighting his case and eventually securing his release. USCIRF commissioners were the first Americans other than his family and local State Department staff to visit Brunson in prison. USCIRF commissioners witnessed his trial on allegedly trumped-up charges and sounded a media alarm, and a USCIRF commissioner accompanied him home.

But former USCIRF commissioner Kristina Arriaga says none of that would have occurred if senior members of the commission’s paid staff had gotten their way. The senior staff argued USCIRF was not permitted to advocate for Brunson, Arriaga told Christianity Today, because he was an American and the commission’s mandate is to advance international religious freedom. Nonetheless, the commission voted unanimously across party lines to overrule the staff and speak out.

That episode was just one example, Arriaga said, of how some government officials “want to control commissioners” in a way that could hamper religious liberty around the world. Now she is concerned that a proposed USCIRF reauthorization bill in the Senate signals bipartisan willingness by legislators to side with those bureaucrats. Even though the bill has been withdrawn, she has resigned from USCIRF in protest to highlight the problem.

“I felt that there had to be sort of a shock and awe campaign by going public to alert Democrats and Republicans who value USCIRF that this bill had been introduced in the dark,” said Arriaga, who was first appointed to USCIRF in 2016 by then-Speaker of the House Paul Ryan. She had a long career at the religious liberty legal firm Becket Fund, including as its executive director.

Arriaga’s resignation and an ensuing op-ed in the Wall Street Journal have stirred discussion, highlighting that Washington policymakers are at odds concerning the proper approach to international religious liberty.

Chris Seiple, president emeritus of the Institute for Global Engagement (IGE), told CT Arriaga’s resignation “begs questions about how USCIRF is run” because of her “experience and expertise with religious freedom.”

Reports differ on the nature of the conflict. The Associated Press characterized it as “senators in both parties seeking increased oversight” on USCIRF “and commissioners in both parties balking.” Others say it’s part of a broader struggle, in which various offices across the US government are taking different approaches to religious liberty and international engagement.

Whatever the root of the disagreement, Arriaga says the world’s persecuted people of faith will be the biggest losers if it isn’t resolved.

USCIRF was created by a 1998 act of Congress to monitor religious liberty around the world and make policy recommendations to both the executive branch and Congress. USCIRF’s nine unpaid commissioners are appointed by Congress and the president under a scheme that effectively gives five slots to the party of the president and four to the other major party. Six votes are required to pass any recommendation, causing the commission to operate with bipartisan consensus. The independent commission lacks authority to enforce its recommendations but has achieved significant victories around the world.

In addition to its role in springing Brunson from incarceration, the commission has helped secure the release of other imprisoned people of faith and derailed unjust prosecutions of believers. Perhaps USCIRF’s most high-profile activities are its annual report on international religious liberty and its recommendations to the State Department of countries to classify as religious freedom violators.

Across the globe, government restrictions on religion have “increased markedly,” according to a report released earlier this year by the Pew Research Center. Fifty-two countries imposed “high” or “very high” levels of religious restriction in 2017, up from 40 a decade earlier.

USCIRF’s role in combatting that religious hostility will halt at least temporarily if lawmakers can’t reach some agreement on its oversight and funding before December 21, the date its current funding expires.

Much of the present discussion about USCIRF stems from a bipartisan reauthorization bill introduced in the Senate two months ago by Marco Rubio (R-Florida), Bob Menendez (D-New Jersey), Cory Gardner (R-Colorado), and Dick Durbin (D-Illinois). The legislation would have given USCIRF $4.5 million for the next four years. It also included what Durbin called “important reforms to improve the Commission’s accountability.”

But the bill was withdrawn following objections by Republican and Democratic USCIRF commissioners. USCIRF chairman Tony Perkins, a Republican and the president of the Family Research Council, toldWorld magazine portions of the bill represent “Congress micromanaging this independent agency that they created to be a watchdog for religious freedom.” Democratic commissioner Gayle Manchin, wife of West Virginia Senator Joe Manchin, told AP commissioners “did not want our mission to be watered down.” Arriaga worried the bill empowered bureaucrats to overrule commissioners.

Another proposed change that drew Arriaga’s attention was an expansion of USCIRF’s mission to include monitoring the “abuse of religion to justify human rights violations.” That language, Arriaga said, could empower future USCIRF chairmen to “criticize conservative Christian congregations that will not marry same-sex couples,” target Jews for practicing circumcision (a practice some critics have called child abuse), or monitor religious groups that don’t ordain women.

Former USCIRF commissioner Richard Land told CT the proposed changes would “neuter” the commission and limit and pool of religious liberty experts willing to serve. “When President [George W.] Bush came and asked me to serve, it they had these requirements, I would have said, ‘Sorry, Mr. President,’” Land said.

Rubio tweeted that he would prefer to fund USCIRF without reforms, but Democrats’ votes are needed and they won’t sign on to such a proposal. USCIRF “disappears unless Congress acts,” he said. “Linking those of us trying to help to these changes is wrong.”

The resignation also is symptomatic of a larger problem, said Seiple, now a senior fellow at the University of Washington’s Jackson School of International Studies. He believes it’s time for a reexamination of America’s approach to religious freedom. Members of both major parties have claimed there is a lack of religious liberty acumen among some USCIRF commissioners and staff, he said, and a proposal by the Trump administration to condition foreign aid on countries’ treatment of religious minorities runs contrary to some longstanding policy initiatives.

A “blue ribbon commission of experts from both sides of the aisle” should “review the structures by which the US government does religious freedom and religious engagement,” Seiple said. Meanwhile, USCIRF should be funded for one year through a continuing resolution while the government’s overall approach to religious freedom is evaluated.

Despite the differing approaches to religious freedom in Washington, the American public appears united in its support of religious liberty. Polling released this month by the religious liberty watchdog Becket indicated 87 percent of Americans support the “right to practice religion in daily life without facing discrimination or harm.”

Amid such consensus, Perkins tweeted, “We will continue to ensure USCIRF will not be put on a short leash, but remain a watchdog for religious freedom.”