When You Are Persecuted in One Place, Flee to Another. But Not to America.

When You Are Persecuted in One Place, Flee to Another. But Not to America.

Both US policy and Middle East wisdom discourage suffering Christians from resettling in the West.
Jayson Casper
November 05, 2019 11:00 AM 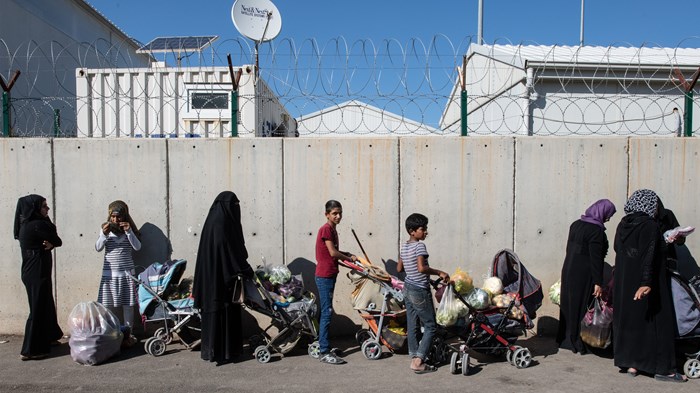 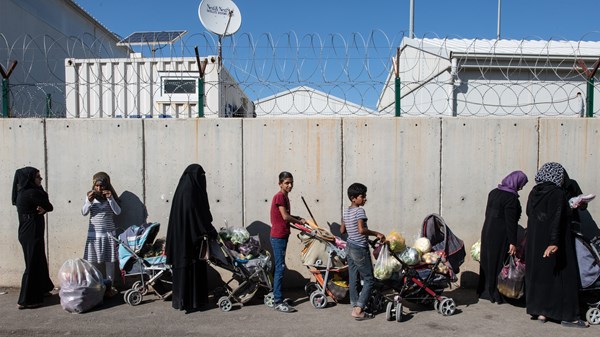 When You Are Persecuted in One Place, Flee to Another. But Not ...

The United States did not resettle a single refugee in October.

According to 30 years of records from World Relief, last month was the first time a calendar month went empty. For the past five years, the October average was 4,945 refugees resettled.

Among those impacted: persecuted Christians.

The humanitarian arm of the National Association of Evangelicals tracked the number of arrivals from the 10 countries identified by the US State Department as Countries of Particular Concern for violating religious freedom. The 5,024 Christians whose cases were accepted in fiscal year 2019 is a decrease of two-thirds from the 15,341 who were accepted in fiscal 2015. A maximum of 5,000 is allotted for victims of religious persecution in fiscal 2020—for all religions and countries.

“I urge the administration to reconsider its approach and set a cap that better represents the compassion and hospitality of the American people.”

But Secretary of State Mike Pompeo defended the policy.

“Addressing the core problems that drive refugees away from their homes helps more people more rapidly than resettling them in the United States,” he stated, pointing out an estimated backlog of one million asylum cases.

“Helping displaced people as close to their homes as possible,” stated Pompeo, noting the $9.3 million the US has spent to alleviate humanitarian crises, “better facilitates their eventual safe and voluntary return.”

Jesus says the same in Matthew 10:23 (NIV): “When you are persecuted in one place, flee to another. Truly I tell you, you will not finish going through the towns of Israel before the Son of Man comes.”

But with Christian attention focused this past weekend on the International Day of Prayer for the Persecuted Church, the RLP document—reaffirmed with the Refugee Highway Partnership (RHP), a partner of the World Evangelical Alliance, in 2017—suggests that the clear choice of the local leaders who shepherd the displaced echoes Pompeo.

“Amongst church leaders across the Middle East, there is a strong consensus that indigenous Christians should stay in their countries wherever possible,” the RLP stated. “We advise and assist Christians under persecution to relocate out of their country/region only as a matter of last resort.”

Daniel Hoffman, executive director of Middle East Concern, which helped craft the RLP document, described the exceptions as threats to life, liberty, and the custody of children, which can be a factor in cases of conversion from Islam. He also said that staying in the region leaves open the door to potential reconciliation and return, which he has witnessed.

But Toufic Baaklini, president of In Defense of Christians, said that at the time of ISIS, Beltway advocates wanted to relocate the entire community to the US.

“This was well meaning but very misguided,” he said. “In a way, it would have completed the work of ISIS by eradicating Christians from the region.”

Keeping them local is essential, said Imad Shehadeh, president of the Jordan Evangelical Theological Seminary (JETS). His institution requires every student receiving a scholarship to sign a document pledging to stay.

“Too many Christians are leaving,” he said.

Family harmony is crucial, so JETS also trains the wives of students to share this vision.

Shehadeh’s Arab world colleague, Martin Accad, can speak from experience. Now the chief academic officer at Arab Baptist Theological Seminary (ABTS) in Lebanon, Accad’s father had the family stubbornly endure a 15-year civil war. He is committed to the same with his own family.

Growing up, Accad heard the message: “If we leave, who will support those who cannot? Who will witness to the love of Christ?”

“Following Jesus is not about arriving to a more comfortable situation,” he said. “But today, I am a bit more lenient.”

Like JETS, ABTS has many Arab world students, and asks them to express a sincere desire to stay and serve their people. Faculty try to help by mentoring students through issues of grief, fear, and bitterness carried from their war-torn nations.

But those who lack the courage or strength must not be judged.

“There are many who leave and become stronger as God works with them in their host country, and a few years later they return with a new passion to serve in their country of birth,” Accad said. “God in his grace has a place for such people.”

One example is Camille Melky, who left Lebanon during the civil war at age 17. After sound mentorship at a Christian liberal arts college in America, he returned home, thinking he could change the world. Instead, he ran headlong into the despair of others.

Gathering 25 young believers in a Bible study, he found 20 of them anticipated moving abroad in the next five years, if possible. The five who didn’t saw no path out.

“Unless the church can give the youth hope in Christ,” Melky said, “then we will have a much smaller Christian community, and it will not impact society.”

To address the problem, he founded Heart for Lebanon. His 56 staff members in three locations now give hope to the Lebanese and non-Lebanese alike.

The first wave was Iraqi, 85 percent Christian, in 2008. The next wave was Syrian, mostly Muslim, in 2011. Christians followed with the rise of ISIS, and are now 35 percent of his total.

What happened next feeds into Pompeo’s narrative.

Of the 120,000 Iraqis who came to Lebanon, only 30,000 remain, Melky said. They have gone to America, Canada, Europe, and Australia. Very few have returned to Iraq.

It is too early to judge what will happen with the Syrians. Like Accad, Melky has hope that many will deepen their faith abroad and return. But while he frequently receives requests from churches in the West to send him an Iraqi or Syrian pastor to serve with refugees there, no one has offered to support that same pastor in Lebanon.

“For the one family you relocate, you can provide for 10 to stay here,” Melky said. “Of course, that depends on if they want to stay.”

But there are also advantages when people leave, said Maged Atiya, a Coptic American physicist. A broader social prospective, greater political and cultural influence, and financial assistance provided from the West would actually help the church back home, he said—with a caveat.

“It is high time that Eastern churches detach ethnic identification from religious confession,” he said, as the Coptic Orthodox Church—growing significantly in the diaspora—still views itself as an Egyptian institution.

“A more global church would not be weaker, and the new members in countries other than Egypt could do a lot for Egyptians of all religions.” Atiya advocates more visas for those who want to leave.

In Palestine, the Philos Project is actively helping; its “Gaza Exodus” provides funds and legal facilitation for Christians to relocate to the West Bank.

Before Hamas took control in 2007, there were 4,000 Christians living in the coastal strip, said Khalil Sayegh, advocacy fellow for Philos who heads the project. Today, there are less than 1,000—including his own mother and father, who do not plan to leave.

One family does, because they despair that with so few Christians, they will be unable to find a husband to marry their daughter. Another said their children are frequently harassed by Muslims.

“The Christians of Gaza can no longer endure the situation there, and many of them are looking for opportunities to leave,” said Sayegh.

“Better for us to keep them in another part of Palestine, instead of having them leave to the West.”

Philos founder Robert Nicholson fears the similar lack of a critical mass in Mesopotamia means Christians there can no longer maintain a stable homeland. He is floating ideas of relocation to Armenia.

And he is frustrated that his warnings have gone unheeded.

“Human rights and religious freedom advocates almost always focus on the short-term needs of humanitarian relief,” he said. “But three things are needed for a viable future: a robust population base, real influence in politics, and access to—or even better—control of the organs of physical security.”

Advocates should have pushed the US government to secure a self-administrative region for Christians in Iraq’s Nineveh Plain, he said.

“Some Christians will want to stay where they are; others will want to flee to the West,” Nicholson said. “Both groups should be free to act as they please.

“But they cannot consider more proximate alternatives because we have not created them.”

The West is guilty in another direction, said Accad. Its governments have colonized, abused resources, and propped up dictators. And contra Pompeo, they “lack true humanity” if they do not bear their share of responsibility for those Christians who cannot remain. They must open their doors to refugees.

But deeper than this must be government commitment to address root causes. Here he calls the church also to action.

“Step down into the sweat and mud of conflict, as agents of divine peace and reconciliation,” Accad said, particularly to those to see evangelism as their only responsibility. “Otherwise, you are responding to a different gospel than the one I see inaugurated by Jesus of Nazareth, the Christ of God.”

When You Are Persecuted in One Place, Flee to ...