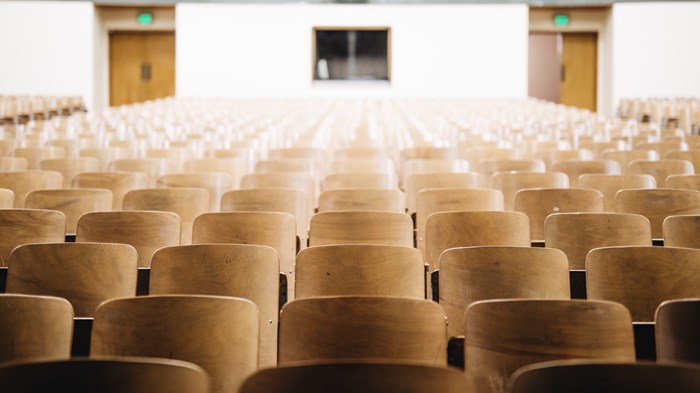 Two Christian colleges in the same state, both holding to similar religious commitments, and both trying to recruit similar students, are seeing very different results.

Enrollment rates and retention are critical for small Christian schools. The experiences of Trevecca and Bryan call attention to how important it is for a college to cultivate a niche identity—without creating any controversy that might make prospective students or their parents leery of the institution.

In some ways, the schools are very similar. Both recruit large portions of their student body from Tennessee, and are especially appealing to conservative Christians. Trevecca, a 118-year-old liberal arts college affiliated with the Church of the Nazarene, emphasizes the importance of biblical inspiration and has a conservative sexual ethics policy. Bryan—named for William Jennings Bryan, the creationist hero of the famous Scopes Trial—takes a similar moral stand on sex and sexuality, and celebrates its connection to the historic defense of biblical literalism.

Yet full-time enrollment at Trevecca has grown by 3 to 6 percent each year since 2013, according to the Integrated Postsecondary Education Data System (IPEDS). This fall, the campus newspaper TrevEchoes reported the school has 1,433 students on campus.

In that same time frame, Bryan saw enrollment decline. The number of full-time undergraduates decreased between 6 and 13 percent in 2013, 2014, and 2015, according to IPEDS. Enrollment numbers rebounded a bit in 2016, but then declined again in 2017. Enrollment numbers are moving in a positive direction again in 2018 and 2019, according to Adina Scruggs, associate vice president of academics at Bryan. The college hopes to encourage that trend.

Some small Christian colleges in Tennessee have fared worse than Bryan. Tennessee Temple University, a Chattanooga school connected with Southern Baptists, closed in 2015. Hiwassee Colleges, a Methodist school in Madisonville, announced it is closing this year, after 150 years in operation.

Colleges and universities everywhere are struggling, but Bryan may have been especially hard hit because of some recent controversy over the school’s leadership.

Faculty gave President Stephen Livesay a vote of no confidence in 2014, and clashes with faculty continued the following year when the faculty handbook was changed. Then a board member resigned, making public accusations about Livesay’s involvement in a shady land deal and several conflicts of interest (which Livesay has denied). Livesay is retiring at the end of this school year.

The school struggled with “trust and the perception of trust,” Scruggs said. “It’s fascinating how headlines change perception.”

For Trevecca, PR hasn’t been a big issue. The school has seemed calm and stable. Prospective students focus on the science, technology, engineering, and mathematics (STEM) programs, which have been increasingly popular since the economic crisis. Plus, it doesn’t hurt to be in a hip city like Nashville, said Holly Whitby, vice president of enrollment and marketing at Trevecca.

Both Bryan and Trevecca say their school’s Christian identity has helped them—in good times and bad. Scruggs said that while Bryan has gone through a lot of changes, its religious commitments have remained constant, and people know they can count on that.

In 2017, for example, Bryan awarded an honorary doctorate to Ken Ham, CEO of Answers in Genesis. “Creation has been part of what Bryan was founded on,” Scruggs said. The award helped communicate a “consistent message about the school’s Christian identity.”

At Trevecca, the school’s Christian identity is important too. “We embrace it,” Whitby said. “We are unapologetically a Christian university.” Prospective students might like the school because they want to live in Nashville, but they have to be committed to the Christianity identity too. That’s the kind of niche that helps a small school compete with cheaper state schools and other religious institutions.

These administrators’ assessments match research by Adam Laats, author of Fundamentalist U. Laats agreed said small schools need to have a very specific appeal to students to succeed. And they need to avoid bad PR. It’s a trick to do one without the other.

Demonstrations of conservative commitment can help a niche appeal, according to Laats, but also run the risk of creating controversy. Awarding an honorary doctorate to a controversial figure, for example, can divide the faculty and the administration, and that can hurt enrollment numbers. If controversy scares away even a few students in a year, a school like Trevecca or Bryan can be in real trouble.

“Parents don’t want their kid to be in a controversy ridden environment,” he said. “Instead of solving the problem and creating the perception of controversy, you make the problem worse.”

Other Christian colleges have also seen declines in enrollment after major, internal conflicts.

Prospective students and their parents want colleges with a strong sense of identity, but without an eruption of bad press.

“If you’re seeing something that works at some other school and want to jump on that boat, that’s probably not going to work,” Laats said. “You see a school with a niche—that seems to be thriving.”

In Tennessee, One Christian College Breaks ...