Tullian Tchividjian Is Back. So Is Scrutiny About His Past Infidelity.

How #MeToo is raising new questions about the sex scandal, even as Billy Graham’s grandson prepares to formally launch his new church.
Yonat Shimron – Religion News Service
September 05, 2019 8:30 AM 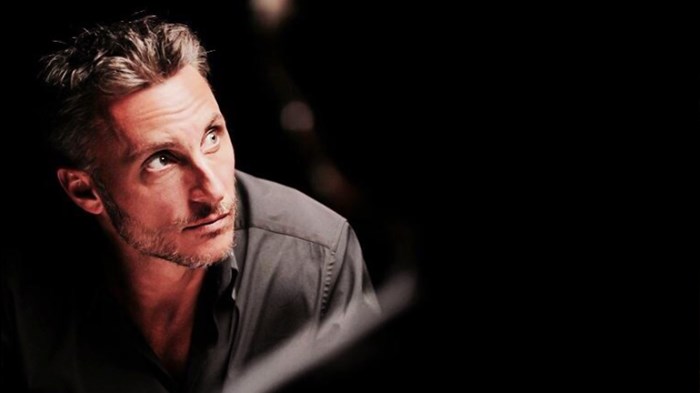 Tullian Tchividjian doesn’t hesitate to admit he has not lived up to the standards of his famous grandfather, Billy Graham.

Graham, of course, made history with his 1948 rule that he would never meet alone with a woman who was not his wife. Often referred to as “the Billy Graham Rule,” the directive has become popular among many evangelical pastors and made headlines again two years ago when Vice President Mike Pence said he swore by it.

In contrast, Tchividjian, the son of Graham’s eldest child, Gigi, was forced to resign as senior pastor of Coral Ridge Presbyterian Church in northern Fort Lauderdale, Florida, in 2015 after acknowledging that he cheated on his wife. The couple later divorced.

A year later, he was fired from an administrative job at Willow Creek Presbyterian Church in Winter Springs, Florida, after leaders there became aware of another, earlier sexual tryst.

Now, saying he is rehabilitated, the 47-year-old Tchividjian has started a new, nondenominational church called The Sanctuary that meets each Sunday at the Hilton Garden Inn in Palm Beach Gardens, Florida.

The church is not shy about Tchividjian’s past—in fact, his bio on the site chronicles not only his own moral failing but the troubled history of his second wife, Stacie, whom he married in August 2016. The bio leads with a quote from Tchividjian’s 2013 book, “One Way Love,” that insists “Christianity is not about good people getting better. If anything, it is good news for bad people coping with their failure to be good.” The congregation is planning a formal launch later this month.

But the pressing question for Tchividjian is not so much about his infidelity—an admittedly grave moral failing in the evangelical world from which he springs.

The more complicated problem is that he had at least one sexual relationship with a congregant —a transgression that is increasingly understood, in the language of the #MeToo era, as an asymmetrical power dynamic. Because the pastor has significant moral authority over congregants, in other words, it is difficult to establish whether genuine consent has been given.

Tchividjian, who declined an interview with Religion News Service, has strenuously denied that his sexual relationship with a Coral Ridge member was an abuse of power.

“I don’t care what role a person has, a consensual relationship between two adults is not abuse,” Tchividjian told The Palm Beach Post in August. “And some of these people will try to make the case that, ‘Well, because you’re in a position of authority, it is abuse.’ And I’ll go, ‘OK, I can see how that has been and can be used by people in those positions.’ … (But) that just was not true for me. I was not abusing my authoritative role to try and find women.”

The woman with whom he had the relationship told The Palm Beach Post that Tchividjian groomed her and abused his position of power over her.

Many counselors who work or study congregations where pastors have been accused of sexual misconduct agree with her.

“To say ‘it was two consenting adults and my marriage wasn’t working’ seems to me like a cheap rationalization,” said Ross Peterson, the former executive director of Midwest Ministry Development, a nonprofit that works with troubled pastors, speaking generally about such cases.

“It doesn’t explore in depth why the pastor made that choice and it ignores the fact that the relationship between a pastor and congregant are never on an even playing field.”

Midwest Ministry Development, which works with mainline denominations to determine if pastors accused of sexual misconduct can be rehabilitated, has found that errant ministers fall into two camps. There are those who are emotionally depleted and “drift into misconduct to fulfill their emptiness,” and then there are “predatory ministers” who seek out vulnerable people.

The latter, it finds, typically have narcissistic personalities and a false sense of entitlement. The nonprofit contends the former can be rehabilitated, the latter cannot. For pastors willing to go through the hard work, the group recommends a series of steps for rehabilitation.

But others aren’t so sure that pastors who engage in sexual relations with congregants should ever be given a second chance.

“When a pastor has committed clergy sexual misconduct, that pastor and the congregation should remove a consideration of restoration to the pulpit, or any position of power, entirely,” said Wade Mullen, assistant professor and director of the Master of Divinity program at Capital Seminary Graduate School, a division of Lancaster Bible College.

Mullen, who studied the ways evangelical organizations manage the aftermath of sexual misconduct, said returning a pastor to the pulpit after an affair with a congregant minimizes the gravity of the abuse and puts other people in harm’s way.

That’s not to say he believes pastors cannot heal from such infractions and become productive members of society, but they shouldn’t do it in the pulpit.

That view appears to be gaining ground among many Christian denominations who say that just as a doctor or a lawyer wouldn’t be allowed to return to the bench or the examination room after a sexual relationship with a patient or a client, so, too, churches should not allow pastors to return to their previous posts.

“It’s simply not appropriate under any circumstance for pastors or doctors or therapists or any of us in the helping professions to take advantage of our role in relation to people we serve,” said the Rev. Marie Fortune, a minister in the United Church of Christ, who founded FaithTrust Institute in 1977 and has trained hundreds of denominational leaders in ways to address sexual issues.

Another clergy abuse expert who appears to have his doubts is Tchividjian’s older brother, Boz Tchividjian, a Liberty University law professor who investigates clergy sexual abuse as executive director of the organization Godly Response to Abuse in the Christian Environment or GRACE.

Boz Tchividjian has said clergy who have abused congregants should not be tolerated; in a recent tweet he said there should be no exceptions on this behavior, which he described as dehumanizing:

Adult clergy abuse is when a ministry leader uses his position to identify, groom, and engage in “consensual” sexual contact with someone in his congregation or under his influence. There are no exceptions to this kind of dehumanizing objectification, exploitation and betrayal.

Those concerned with Tchividjian’s past also point out that The Sanctuary, as an independent church, has no denominational policies and procedures to keep him accountable in the future. “It’s basically up to the leadership” of the Palm Beach congregation, Fortune said.

In a podcast called Religion Free Ministry last month, he said he is in a better position to lead the church now because of his troubled past.

He pointed to groups such as Alcoholics Anonymous that he said have figured out only people in recovery can lead others out of addiction. Likewise, he said, the church needs to do the same thing.

“The Christian community is the only ‘recovery institution’ in society that does not want former ‘junkies’ leading the way,” he said. “That creates a massive disconnect between leadership and the people in the church.”

He said he saw his goal as helping churches transform “from a castle of purity where only the morally fit feel comfortable to a basement of grace where broken sinners are embraced and forgiven.”

He ended by saying, “I’m much more fearful of the person leading the church who thinks he is qualified than one who realizes they’re not.”

Tullian Tchividjian Is Back. So Is Scrutiny About His Past Infidelity.

Tullian Tchividjian Is Back. So Is Scrutiny About ...