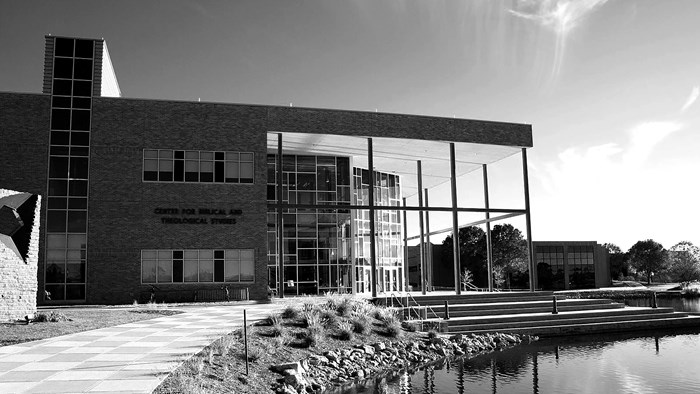 Update (May 1): Cedarville University president Thomas White has been placed on administration leave by the school’s board of trustees. A week after Anthony Moore was fired by White over “additional information related to [his] past,” the board announced it will commission an independent investigation of Moore and an audit of his hiring.

Another case of a leader with an abusive past moving from one evangelical institution to another has intensified scrutiny on Christian hiring practices and responses to abuse.

In ministry contexts, the desire to keep fallen leaders out of positions where they might again abuse their authority is sometimes met with another perspective—a hope that a redemptive and forgiving God would allow people to be restored to leadership. Both victims’ advocates and community members worry that administrators weighing those considerations at Cedarville University made the wrong call.

In 2017, Cedarville welcomed Anthony Moore six months after he was fired from the lead pastor position of The Village Church’s Fort Worth campus. President Thomas White wrote that he offered to shepherd Moore through a five-year plan of restoration at the conservative Baptist school while he taught theology, helped coach basketball, and served as a special advisor on diversity.

CT spoke with four current and former Cedarville professors who said they knew Moore had made a “mistake” related to same-sex attraction and technology, based on White’s introduction and Moore’s own telling. Some assumed pornography or an online relationship. They had no idea that he had reportedly filmed a subordinate at his previous church in the shower. The revelation, detailed by multiple bloggers and journalists who focus on abuse in the church including Todd Wilhelm and Julie Roys, led to Moore’s firing on Thursday.

“At no point was I given enough information by Moore to assume sexual abuse or manipulation was involved, and I believe this to be true of my colleagues,” said one faculty member, who spoke under a condition of anonymity because he remains employed at the school.

Prior to becoming the president of Cedarville in 2013, White knew Moore from Southwestern Baptist Theological Seminary. When White served as vice president at the seminary (under the leadership of former Cedarville trustee Paige Patterson), Moore was a grad student and later the director of student life.

When White hired Moore at Cedarville, there were conditions. White wrote in in a blog post published Thursday that accountability measures included regular counseling, monitoring software on his home computer, and no meeting alone with students. He added, however, that while he knew about the incidents of secret surveillance footage that led Moore to be removed from the pulpit, he had only learned about the extent of his abuse the day before.

“Instead of at most two videos, I heard there were at least five videos. Instead of this being over a short period of time, I heard that these were taken over a period of at least five months,” White wrote. “If I had known these items at the beginning, I would not have attempted the plan for restoration. After verifying this new information with the victim, I took the action that I had to take and ended Anthony Moore’s employment at Cedarville.”

The Village Church confirmed in a statement to CT that while the church kept aspects of Moore’s story confidential from the congregation at the direction of the victim, “we did thoroughly inform Cedarville University about all of the known details of Anthony’s offense and reiterated clearly that we did not believe he was fit for ministry of any kind.”

The church’s public announcement in January 2017, shared at all services, indicated Moore had been removed “because of grievous, immoral actions against an adult church member” and that leaders believed “he was unfit for ministry of any kind.”

The Cedarville community learned about the timeline and specifics of Moore’s abuse from bloggers. Many are disappointed, frustrated, and angry that they were not informed in greater detail by the Cedarville administration, which introduced their former colleague as a brother in Christ who had “sinned,” urging faculty and staff to extend grace to him. More than 900 people, including alumni and former staff, have signed an online petition calling for White to be removed as president.

White apologized on Monday for hiring Moore, saying his decision was made without all the information and was primarily motivated by James 5:19, which calls on Christians to help those who wander from the truth turn from the error of their ways.

Beyond the decision to terminate a leader over sexual abuse, there’s more attention toward how organizations communicate what happened and how they vet their staff in their first place.

Around a third of Christians believe that there are “many more” abusive leaders still in ministry, and churches that fail to disclose the nature of a pastor’s abuse or leaders who give their friends a pass in the hiring process are seen as perpetuating the problem.

Boz Tchividjian, the executive director of GRACE (Godly Response to Abuse in the Christian Environment), said, “The bigger question that all of us should be asking in all of this is: How many other abusive church leaders are serving now in churches, under the radar screen, and maybe even going through a ‘restoration process’ that nobody in that congregation knows about?”

It’s impossible to quantify, but experts fear the loose structure of evangelical institutions in the US has made it easy for leaders fired for misconduct to return to ministry. Some just start their own congregations. Others get rehired through personal contacts.

Church leaders often rely on mutual connections in hiring and tend to assume the best of fellow ministers, according to William Vanderbloemen, who runs a top pastor search firm. (Vanderbloemen declined to comment on the Cedarville case but instead addressed the larger issue of hiring based on personal ties.)

In the hiring process, “running toward a known entity” can feel safe, but it can also backfire—leading search committees to be less thorough with their reference calls and background checks, and even ignoring “red card” behavior, he said. Vanderbloemen’s agency has seen demand grow in the past decade, as fewer churches and ministries have denominational oversight to serve as an objective third-party during a hiring process.

While there are some exceptions, like ministries especially designed to rehabilitate pastors, Vanderbloemen generally advises, “Don’t hire a project.”

Cedarville’s vice president for marketing and communications, Janice Supplee, said the school maintains a thorough hiring process that includes reference checks and background checks. “While we sought to be restorative, documenting and putting accountability measures in place, the information provided to us when the restoration plan was developed and approved was incomplete,” she said in a written response to CT.

Supplee said Cedarville is committed to learning from this situation and that White and other campus leaders will be undergoing victim awareness training this summer.

Advocates for abuse victims believe “restorative” hiring practices are a risky proposition that, at best, communicate a disregard for victims and the abuse they endured and, at worst, put the community at risk.

“Leaders and institutions need to know the truth about perpetrators. Recidivism for abuse perpetrators is unfortunately high, and most perpetrators have many victims in their lifetime,” said Justin Holcomb, an Episcopal minister and the author (with his wife, Lindsey) of three books on sexual abuse. “Restoring leaders who abuse back in positions of trust and leaders is foolish, likely perpetuates more abuse, irresponsible, and puts other people in jeopardy.”

White stated that no incidents were reported by Cedarville students during Moore’s tenure, but he will be recommending the board of trustees “hire an outside, independent agency to confirm that nothing inappropriate occurred on our campus.”

Tchividjian and Holcomb, who is also a board member for GRACE, urge institutional leaders to rethink the idea that all fallen leaders deserve to return to ministry. While forgiveness can be extended to them—by God and by the community—their past actions can still have lasting consequences that can render them unfit for positions of authority in ministry.

Todd Wilhelm, whose blog first highlighted Moore’s background at The Village Church a week and a half ago, told CT he was surprised by how quickly Moore was fired but also concerned that White hired him in the first place.

“White surely knows the high responsibility that comes with being a teacher of young, future leaders of the church,” he said. “This is not a sacred right but a privilege, and if one displays the serious lack of moral character which Anthony Moore admitted to at The Village Church, he has forfeited his privilege to serve as a Christian pastor or teacher. There should be loving restoration to the faith, but not the ministry.”

Signs are beginning to indicate that institutions are improving their responses in the wake of #MeToo and #ChurchToo revelations that showed just how damaging and long-lasting patterns of abuse can be. But experts continue to call for greater due diligence.

Vanderbloemen repeats the business advice to “hire slowly, fire quickly,” and more churches have protocols in place to respond immediately to incidents of abuse. But what happens after an abusive leader is fired is also important.

Tchividjian said churches shouldn’t leave people guessing over what sort of “sin” or “moral failure” led to a pastor’s termination. Being specific allows members to weigh for themselves the severity of the offensive and what response they might need to take while also empowering any other victims in the congregation to come forward with similar issues.

“Intentional vagueness only aggravates an already troubling and dangerous situation,” he said. “When you aren’t specific, it fosters stories and narratives that oftentimes don’t have any factual basis, and it doesn’t help anybody.”

Even when victims remain unnamed—and they often do—institutions can honor them by recognizing the severity of the abuse they suffered and not minimize it as a hurdle in their perpetrator’s ministry career or spiritual journey.

“Although I can’t speak for the person who was victimized by Anthony Moore, I’ve spoken with other victims who have been similarly violated and humiliated who expressed their distress when the person who abused them was platformed by others,” said Wade Mullen, a writer and expert on evangelical responses to abuse crises.

“So often the victim is forgotten when organizations find themselves responding to an exposure of abuse,” he wrote by email. “The leadership and the perpetrator are centered as they focus on what’s happening to them when they ought to stop and ask, ‘What’s happened to those most profoundly impacted by this—the victim(s)—and what can we do to make things right for them?’”

Beyond Cedarville: Why Do Pastors Keep Getting ...