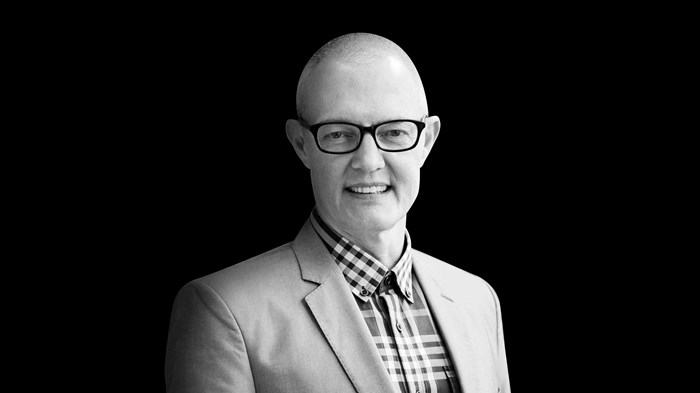 Sy Rogers, an early leader of the ex-gay movement, died from cancer Sunday at the age of 63.

Rogers had what he called a “God encounter” in 1980. He had begun to identify as a woman and was preparing for a sex reassignment surgery when Johns Hopkins Hospital shut down its gender identity clinic and stopped offering surgeries. Rogers, in desperation, asked God to change him. He spent the next 40 years testifying that God did.

“Sex is a powerful master,” he preached in 2014. “But I can also tell you this … God is a more powerful master. You can serve your desires or you can bring your desires to God, admit them and submit them, and experience his mastery over mind and body.”

Before “LGBT” was a popular term, Rogers challenged Christians to think about sexual orientation and identity. A past president of Exodus International, he was an early proponent of support groups for people who wanted overcome unwanted same-sex attraction and he was frequently held up as a dramatic example that change was possible.

He spoke around the world about God and sexuality, becoming a key figure in the expansion of the ex-gay movement to the global church. In later years—as reparative therapy became increasingly controversial and a number of prominent Christian psychologists concluded it didn’t work—he focused his message less on orientation and more on connecting people with God.

“Sy was truly one of the kindest people you could ever meet,” Hillsong cofounder Bobbie Houston wrote on Instagram, reacting to news of Rogers’s death. “He exemplified grace and freedom and a passion to always bless others. We will miss you Sy. You ran your race perfectly, always giving honor to your Savior King.”

The evangelist Priscilla Shirer called his death “a huge loss for the church.”

Rogers, born in December 1956, had a traumatic childhood. He was molested as a toddler, and his mother died in a car accident when he was 4. His father left him with relatives for a year. He was bullied in school for his effeminate mannerisms and was overwhelmed with shame at his attraction to members of the same sex.

Rogers joined the Navy in 1973 and was stationed in Honolulu. By his account, he became active in the “gay scene,” spending his nights at the city’s clubs and discos, and also working on the streets as a prostitute.

“Men found me young and pretty,” he recalled later. “I made love with them because I enjoyed it, and I pretended I was being loved. The little money I made was icing on the cake.”

Rogers sometimes attended the island’s Metropolitan Community Church, which was at the time called “the gay church,” because the denomination founded in 1968 affirmed LGBT identities and blessed same-sex relationships. Rogers was the best man in a same-sex wedding ceremony at the church but recalled later that while he liked the idea of a religion that approved of his sexuality, he was not particularly interested in God or Jesus.

It wasn’t a matter or belief, for Rogers. Something else held him back.

“Though I believed in the God of the Bible, maker of heaven and earth, and I believed in Jesus the redeemer, I also believed God didn’t love people like me,” he said. “I wonder where I picked that up?”

Rogers got out of the Navy in 1977 and moved to Washington, DC. He got a job as a telephone switchboard operator and started to identify as transgender. He pursued sex-reassignment surgery and lived as a woman for about 18 months while doing hormone therapy. Then the same-sex couple who had gotten married in Hawaii wrote him they had “turned away from the homosexual lifestyle and identity” because they had become Christians. At the same time, Paul McHugh, the leading psychiatrist-in-chief at Johns Hopkins, did a study that found that sex-reassignment surgery had little impact on psychological well-being. McHugh shut down the program, and Rogers could no longer get the surgery he thought would fix him.

The 23-year-old turned to Scripture. He read Isaiah 1:18, where God tells the prophet, “Though your sins are like scarlet, they shall be as white as snow; though they are red as crimson, they shall be like wool.” Rogers knelt at the foot of his bed and cried: “God, I cannot change what I am, but I'm willing to be changed. I know you have the power. Make me the man you want me to be!”

In later years, he would say the transformation that happened to him in that moment was not primarily about his sexual orientation.

“My need was for a Savior, not just a different sexuality,” Rogers said. “In that encounter, God did not say ‘Go be straight.’ He said, ‘Walk with me.’”

At the time, however, Rogers focused explicitly on what he believed was the transformation of his sexual orientation through a deeper relationship with God and healthy male bonding. He attended an Assemblies of God church and met a woman named Karen. They developed a relationship and two years later, they married. Rogers joined a Christian support group and counseling center called Eleutheros (a Greek word meaning “freeborn”), which was under the umbrella of Exodus International, the prominent ex-gay ministry.

Rise to leadership in the ex-gay movement

By the late ’80s, Rogers had risen to leadership of the ex-gay movement. He became the director of Eleutheros and president of Exodus International from 1988 to ’90. He was widely quoted as a profound example that it is possible to change your sexual orientation.

“If you want to stay gay, that’s your business,” Rogers told a Miami reporter in 1988. “But the bottom line is, you have the choice to overcome it. You can change.”

Rogers said he thought that for every person who was happy as a homosexual, there were another 10 who wanted to be straight. That same year, 4,855 people died of HIV/AIDS, and a disproportionate number of them were gay men. The “gay plague,” according to Christian leaders like Jerry Falwell, was God’s judgement on homosexuals. Rogers said a homosexual could stop being a homosexual, but the transformation could take years and a lot of effort. He estimated about 80 percent were successful at reorientation, when they were really motivated and had a transformative religious experience.

Rogers helped globalize the ex-gay movement in 1991, when he moved to Singapore and founded Choices, a ministry of a megachurch in Queenstown. Choices promised to help people “discover life beyond the control of homosexuality.” Rogers said that “Freedom is when you are able to say ‘No.’” He also continued to work with Exodus, traveling to South America, Australia, and New Zealand.

Rogers stopped working with Exodus in ’97. The next year he moved to New Zealand and became a traveling teacher on sexual brokenness.

The ex-gay movement started to falter in the 2000s. There were increasingly serious questions about whether reparative therapy worked and concerns about the cruelty of the practices. A number of prominent leaders renounced the movement and apologized.

“I’ve heard story after story of changes that have occurred as men and women find the grace of God in their lives as homosexual people,” one ex-ex-gay leader said in 2011. “I’ve never met a man who experienced a change from homosexual to heterosexual.”

Exodus International moved away from reparative therapy and then folded in 2013. The president, Alan Chambers, apologized for what the organization had done “trying to impose its will on God's promises, and make judgments on who’s worthy of his kingdom.”

A shift in emphasis

Rogers did not repudiate the teachings of the ex-gay movement, but he did shift his rhetoric and change the emphasis of his teaching. He began to speak of sexual brokenness more broadly, focusing on how feelings of shame separate people from God. He said his goal was not to teach a code of ethics. He wanted to help people “always run to God, and let his opinion prevail over others, even your own.”

Rogers continued to testify to his own change, but he also said people were missing the point if they thought the most significant thing was his sexual orientation.

“The blood of Jesus washes away your guilt, not your humanity,” he told a church audience in 2014. “You have to learn to reckon with that … Can I just make this point? People do not go to hell because they’re gay. There’s only one reason why anybody goes to hell. People go to hell when they are not reconciled to God through the Christ. Everything else is a symptom of being a human.”

Rogers served as teaching pastor at LIFE Church, in Auckland, New Zealand, starting in 2012 and continued to travel around the globe with his teaching ministry. After five years in remission, he had a second bout with cancer and his health forced him to stop traveling in 2019.

He died in Central Florida, where he lived with his family. Rogers is survived by his wife Karen, daughter Grace, son-in-law Steve, and his grandchildren ages 8 and 4.