The vice president of the Evangelical Council of Churches in France was passionate about training and equipping the next generation of leaders.
Morgan Lee|August 20, 2020 10:34 AM 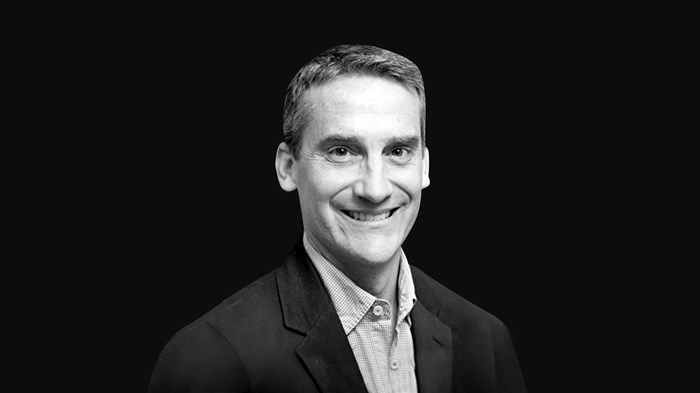 A French-American pastor and church planter whose life passion was reaching secular Parisians with the gospel and discipling Christian leaders in his mother’s homeland has died at age 45. Édouard Nelson founded l’Église des Ternes, a church plant in Paris, which he pastored until his death. He also served in a number of other ministries where he trained and equipped the next generation.

Nelson died on August 14 after sustaining injuries from a hiking accident.

“Édouard's passion was three-fold: preaching, church-planting and mentoring. And he did all three with excellence,” said his friend, Raphaël Anzenberger, the president of France Evangélisation.

Nelson’s love for l’Église des Ternes was evidenced in his morning routines. The congregation is located in the affluent Batignolles-Monceau, Paris’s 17th arrondissement, an area directly north of the Arc de Triomphe. Each morning, Nelson would walk laps in the local park, praying for church members and neighbors by name, his wife said.

Nelson was born a dual-citizen in Kokomo, Indiana, in 1975 to an American father and French mother. He spent a year of college at Oxford, where he was mentored by Vaughan Roberts, an evangelical Anglican priest with a passion for expository preaching. After graduating, Nelson returned to Oxford to do theological studies at Wycliffe Hall and then spent two years as an apprentice at St Ebbe’s, where he met his wife, Laura.

Throughout this time in Europe, Nelson felt a pull from across the Channel. He engaged in consistent prayer for the French people.

“Edward’s conviction that he should devote his life to gospel ministry grew during his time in Oxford,” said Roberts, who was rector at St. Ebbe’s by the time Nelson started his program. “He grew up bilingual, spent every summer in France, and had a deep love for the country. Conscious of how much smaller the evangelical church was in France than in America, he determined to serve his Lord there.”

At one point in his studies, a spiritual leader told him to ask himself, "What can I, as the person I am and the gifts God has given me, do to best serve the kingdom of God?" As his wife recalled, “Édouard immediately saw that he could serve the gospel in France.”

The Nelsons moved to France in the early 2000s. Nelson first served with the campus ministry Groupes Bibliques Universitaires. In 2007, he left that to start a church, with support from City to City, Tim Keller’s church-planting network.

“He was passionate about developing a vibrant church, culturally adapted to its context, and solidly rooted in expository preaching,” said Florent Varak, the director of Encompass World Partners’ Church Equipping Network.

As a pastor, Nelson was also adamant about the need to nurture young men with a call to ministry and build up the evangelical churches in France. While planting his own congregation, he began to mentor other church planters and train men to teach the Bible.

“He was convinced that pastors need to be always training their replacements,” Laura Nelson said, “raising up the next generation, rather than arriving at retirement and looking around them for who could possibly take over.”

Because of his focus on growing and strengthening the church, Nelson took a role as vice president of the Evangelical Council of Churches in France and spoke at Veritas Forum events and at conferences organized by Évangile21, the French chapter of The Gospel Coalition.

Nelson personally trained dozens of French evangelists and many preachers.

“His voice was needed to remind the evangelical church that missions should always drive the agenda,” said Anzenberger, a frequent ministry collaborator. According to Anzenberger, Nelson didn’t just think of evangelism as a nice thing to do. He understood it was a critical need.

“Here is Édouard,” Anzenberger wrote. ‘The urgency of missions. For the sake of the God who he loved the most. We will miss him deeply.”

Nelson believed that church planting would be one of the best ways to reach secular France and post-Christian Europe.

“Édouard was one of those unique individuals that stood with one foot in the French world and one foot in the English-speaking world,” said Al Barth, a vice president at City to City who personally coached Nelson. “He was deeply committed to the historic gospel of Christ and the authority of the Bible. At the same time, he had a great love for the people of Paris and France. He was uniquely effective in communicating the truth of God's word to well-educated people that at first might have been resistant to the gospel.”

While much of his day-to-day ministry focused on Paris, he worked with City to City to impact church planters across the continent. He became a role model for many of them, said René Breuel, who pastors a congregation in Rome.

“When we met at conferences,” Breuel said, “I’d bombard him with questions about ministry in secular European cities, and he would answer them with grace and wisdom.”

When Nelson wasn’t working, he liked to hike in the Alps. His wife said he would have spent all his time there if given the choice.

“He may have been tempted to move there, but would always say—nicked from Keller, I think—that people are more beautiful than mountains,” she said. “Paris would draw him back, longing for the crowds in the metro or packed into the apartment blocks to know Jesus as Lord and Savior.”

Nelson was a fixture in the community and several local politicians mourned his passing.

Nelson had an accident climbing in the French Alps on August 13. He was flown by helicopter to a hospital in Annecy, but suffered an inoperable head injury and died the next day. He is survived by his wife Laura and four children.

Two crowdfunding campaigns have been set up to support the family and a fund in his memory to train gospel workers for France.