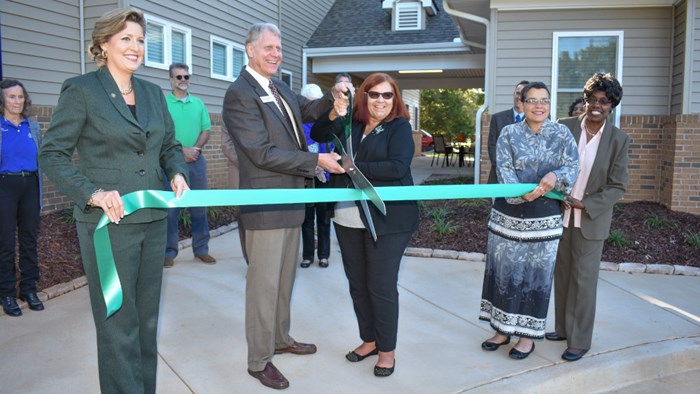 Todd Voss spends most of his week making decisions about COVID-19 for Southern Wesleyan University, where he’s been president since 2011. When he’s not doing that, he’s responding to the hundreds of emails he receives every day and figuring out how to raise more money for the school, recruit more students, and prepare for the crises that are sure to face evangelical higher education in the future.

It’s not a hard job, according to Voss. You just have to work all the time.

“You’re literally reading every night, you’re working on a proposal every weekend, you’re visiting donors or calling them every week. You’re just keeping all these plates spinning,” he said.

Voss said he loves being president, especially when he gets to be creative and go into his problem-solving mode. Still, there were times over the past 10 years when he thought to himself, “Okay, this is not healthy.”

He will retire in June, one of nine presidents of institutions associated with the Council for Christian Colleges the Universities (CCCU) who have already announced they are leaving in 2021. Fourteen CCCU schools appointed new presidents in 2020, continuing an upward trend in turnover rates. Thirteen left in 2019 and 11 in 2018, according to CCCU records. The schools seeking new leadership this coming year are Concordia University Nebraska, Crown College, Gordon College, Houghton College, Nyack College, Samford University, Southern Wesleyan University, Tabor College, and Taylor University.

The institutions face the challenges confronting all of higher education right now, with declining enrollments leading to revenue shortfalls and hard, controversial choices. A global pandemic has only made things worse, often dominating days with health-precaution planning when school administrators had hoped to focus on the long-term health of their institutions.

But the outgoing presidents say it isn’t the coronavirus, the financial challenges, or even the seemingly unending hours that are causing them to leave. They each see their departure as an individual decision, reached after weighing their energy and ambition, their personal sense of what they could accomplish, and the health and well-being of their families.

Price Harding, chairman at executive search firm CarterBaldwin, said he hasn’t observed Christian college presidents leaving because the role is too demanding, even during a global pandemic.

“These jobs are really, really, hard. And COVID certainly doesn’t make them easier. Yet, the people that are called to lead Christian colleges and universities are people that have got extraordinary character and resolve,” he said.

Whatever the reason, the trend will have an affect. For one thing, the length of tenures are getting shorter, said Houghton president Shirley Mullen. She will retire in June after 15 years of service.

Another change, according to Mullen, is the expanding range of responsibilities for the president, from evaluating matters of public health to making decisions about curriculum and understanding government regulations.

“These are much more complicated organizations than they would have been 100 years ago,” Mullen said. “The chance of one person having that whole range of abilities to deal effectively with all of those changes, I think that’s just less likely.”

Turnover can be good, though, said Crown president Joel Wiggins. Wiggins, who began his presidency in 2013, said he could have served longer.

“I’m healthy, strong, and still, I think, near the top of my game.” He’s been particularly successful at improving the school’s cash-to-debt ratio. Yet, he said, “For me, this was about the right length of time.”

In fact, he’s excited for Crown to welcome a new president. A younger person in the role could bring a new energy and fresh ideas to campus.

“With the way the world is changing so quickly, having somebody that’s younger is not a bad thing,” Wiggins said.

Brian Johnson, a brand-new CCCU president, agrees. The first-semester head of Warner Pacific University said that next to managing COVID-19 and selecting presidential cabinet members, his focus has been on offering more support to minority students and setting a goal of hiring more faculty of color.

More CCCU institutions are attempting to diversify their student body, in part as a way to make up enrollment shortfalls. At the same time, some have faced criticism for failing to support students of color. Johnson—who was previously the president of a Historically Black Colleges and Universities (HBCU) associated school and is one of the first African American presidents in the CCCU—said that’s why he feels he’s in the right place at the right time.

“What I’m finding at my CCCU institution is that my experience is at the center of the future of Christian colleges and universities,” he said. “If I were a first-time president, it would be very challenging. But because I’ve been president in the HBCU space, which has a number of challenges, I’ve been prepared for these unique challenges.”

Angie Richey, president of Life Pacific University, has a different background, but also feels her experience and energy is what Christian higher education needs. She was previously Life Pacific’s VP of enrollment.

Since taking the helm last fall, Richey has focused on attracting new types of students and expanding online learning. It hasn’t been easy.

“As president, you carry even more weight knowing that the livelihood of your employees, the future of your students is at stake here,” she said. “We’re a small institution. We hear monthly of small institutions having to close. Because one, they’re at risk already, and now, in the middle of a pandemic. It makes obstacles insurmountable. So, we have to keep that very much at the forefront of our mind. How do we maintain sustainability?”

Yet, both Richey and Johnson said that starting their administrations during a pandemic has had some unexpected upsides. Instead of flying cross-county to mingle with donors, they’ve stayed near campus and fashioned visions for the future. Every month, Johnson meets one on one with deans and the provost to discuss Warner Pacific’s institutional culture. Life Pacific just launched its five-year strategic plan.

Richey said, “It’s been exhilarating. I feel like I’ve learned more than I ever could have imagined in one year because of this crisis.”

That’s a different experience than the outgoing presidents, who’ve had their plans for their days interrupted. But that’s part of what the administrators have learned to expect.

“We serve in the presidency for a season,” Mullen said. “We serve for a length of time. It’s really about a story that is much longer than our own story.”