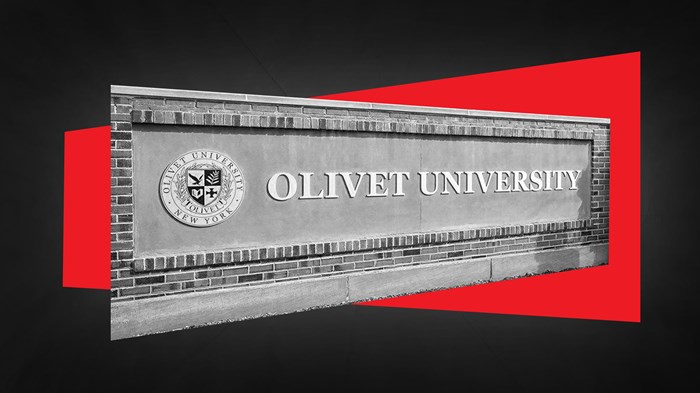 Fifteen months after investigators uncovered a $35 million scheme involving the former publishers of Newsweek and The Christian Post, a Christian college, and a tech vendor, the accused parties have been convicted of money laundering, conspiracy, and fraud.

Today, California-based Olivet University—represented by its president Tracy Davis—pleaded guilty to falsifying business records and engaging in conspiracy, and was fined $1.25 million, according to the DA’s press officer. Andrew Lin, who resigned as Olivet’s board chair earlier this month, was convicted of fraud and has been barred from leadership for the next two years.

While maintaining claims of their independence from each other, each of the entities and leaders has ties to controversial Korean American pastor David Jang. Considered the “Second Coming Christ” by some followers, Jang’s expansive global network founded Olivet, The Christian Post, Christian Today, and the International Business Times, whose parent company bought Newsweek in 2013.

In the criminal scheme, as CT reported in 2018, the media companies and Olivet inflated their financial standing to secure $35 million in loans to purchase high-end computer servers. They instead obtained cheaper servers (or none at all) and used the loans for their own operations as well as transferring funds to each other, according to the Manhattan DA’s office.

The defendants pointed out that the loans they obtained were repaid in full—which posed a challenge for prosecutors to prove fraudulent intent if no money was lost. Ultimately, IBT Media and the now-defunct Christian Media Corporation (CMC) each had to pay $50,000. In December, CMC pleaded guilty to falsifying business records by providing fraudulent information in the scheme and criminal contempt over its response to a subpoena in the investigation.

“While we had hoped for a non-guilty decision, this misdemeanor resolution lets CMC put an end to this long and tiring process and move on,” CMC said in a statement to CT.

Earlier this week, CMC’s website—CMCIGroup.com—was taken offline. It had described the company as “the leading Christian media network worldwide.” The company told CT that “CMC has been under new management for over a year, and we look forward to now putting this chapter behind us.” When asked about the new management, CMC stated that it was no longer in operation.

A New York campus of Olivet (no relation to Olivet Nazarene University in Illinois or Olivet College in Michigan) had been raided—along with Newsweek offices—as part of the investigation.

Anderson, who led CMC and The Christian Post from 2010 to 2018, was a former Olivet board member. Others from CMC have served as board members and professors at the school.

The school’s former board chair, Lin, pleaded guilty on charges of a scheme to defraud in exchange for a non-jail sentence.

“Olivet University has reached a resolution with the New York District Attorney that allows the school to resolve all matters. The school will undergo a process that, when successfully completed, allows for a resolution with two misdemeanor charges related to commercial loans,” said Ronn Torossian, spokesperson for Olivet University. “We have taken this opportunity to improve the school’s functions to prevent any recurrence of these types of issues in the future.”

Olivet offers 21 degree programs, including multiple journalism and IT degrees, to a student body of a few hundred mostly international students on visas from Korea and China. The university remains accredited through the Association for Biblical Higher Education (ABHE). When asked whether the criminal case would threaten its standing, an ABHE spokeswoman said, “No comment.”

For several years, Christianity Today has followed Jang’s expansive evangelical connections across the globe, including his followers’ previous involvement in the World Evangelical Alliance and his approach to using media properties as missional tools, and has highlighted concerns around the “bizarre theological claims” around Jang. Multiple former members of Jang’s community told CT that Lin’s wife, Borah, was the key promoter of the idea that Jang is a messiah chosen by God to complete Jesus’ earthly mission.

The sentencing for the case is scheduled for April, and Olivet must provide an update on the terms of its plea in September. The school has two years to pay its $1.25 million forfeiture.

This story has been updated to include comment from Olivet University and to clarify Andrew Lin’s position as a former board chair. He resigned from the board on February 7.