Compared to other colleges, students at evangelical institutions end up gaining the most knowledge of world religions.
Ryan P. Burge|February 26, 2020 09:40 AM 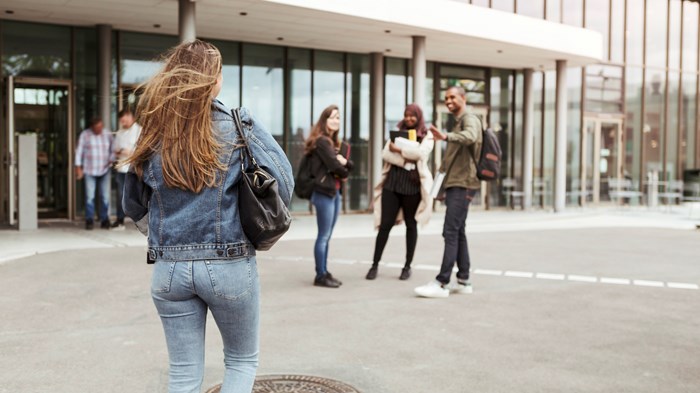 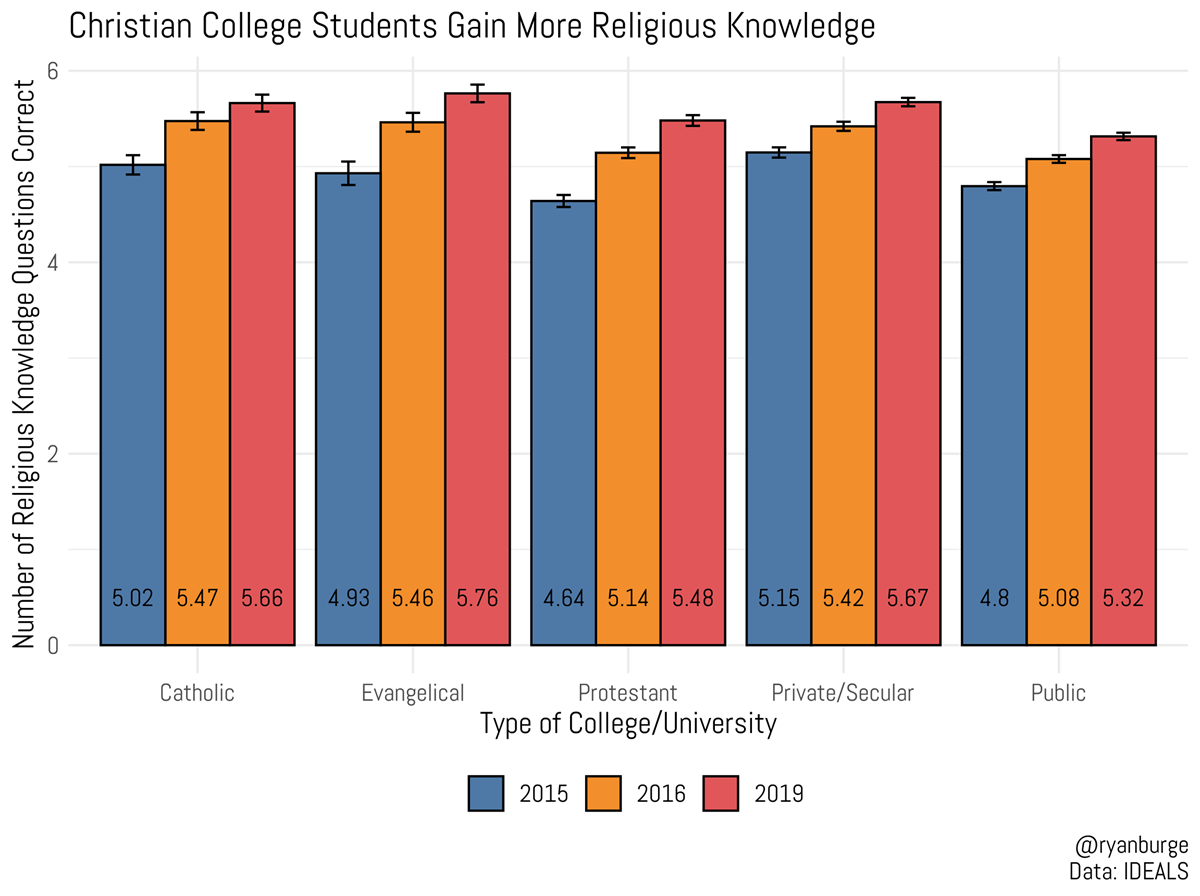 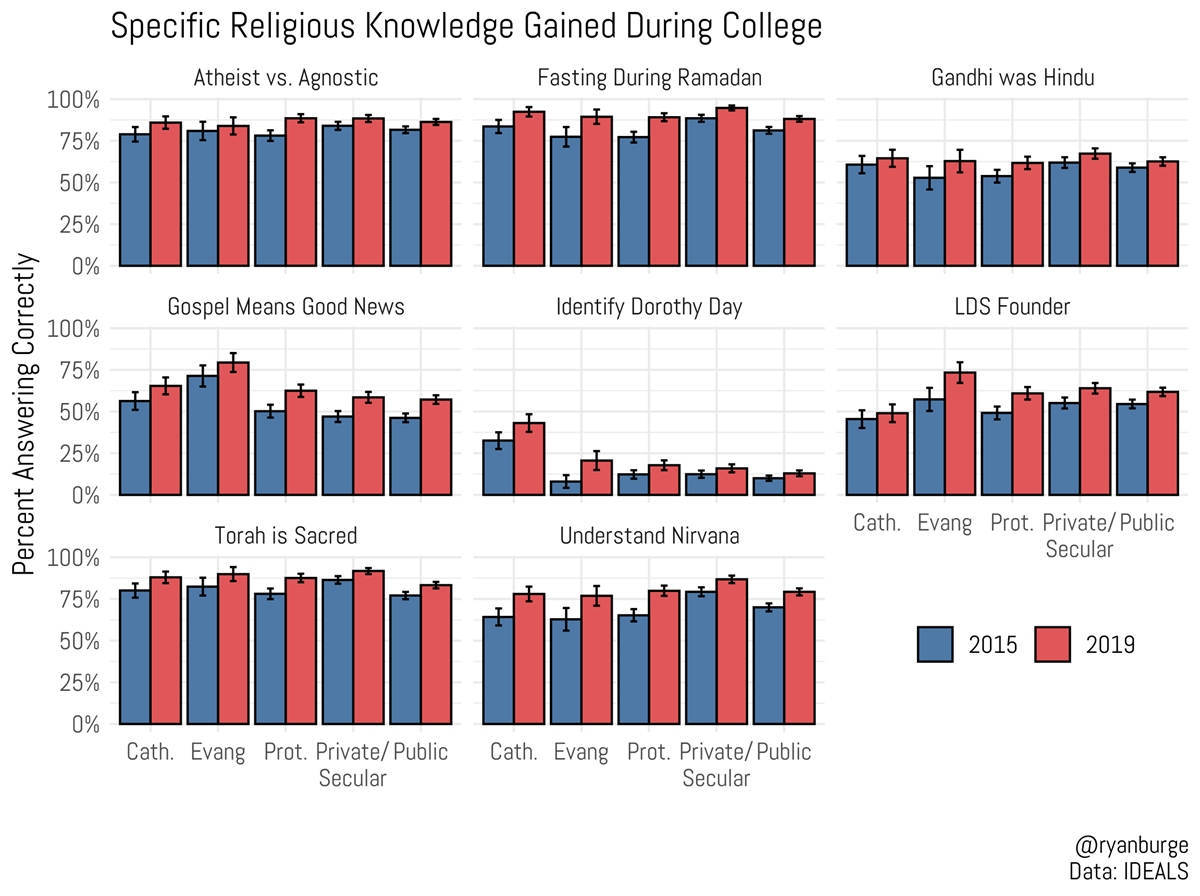