Survey shows optimism for the potential for redemption and restoration, though most churches aren’t involved in criminal justice efforts.
Megan Fowler
January 15, 2020 9:00 AM 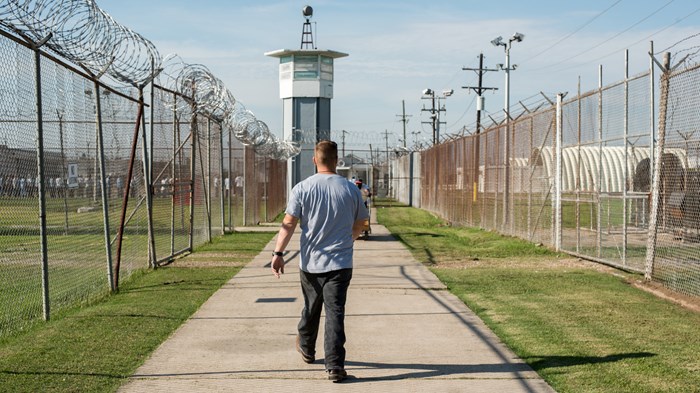 “Most people want [former inmates] to have second chances, as long as it doesn’t involve me,” said Jon Kelly, the founding pastor of Chicago West Bible Church. Kelly became a Christian during a six-year prison sentence for third-degree murder.

He said he sees a trust barrier between churches and former prisoners that makes them feel unwelcome.

Kelly—who spent years on parole for the murder and additional robbery charges and still has a few years left on his probation term—knows the scope and stigma of the problem firsthand.

“When I preach, I will share my testimony, no matter the size of the church or the setting, and there are always people who come up and tell me that they have a loved one who is incarcerated,” he said. “People in the congregation don’t feel free to tell someone they have gone through that because it brings people great shame. A lot of pastors just don’t know how much their churches are impacted by it.”

More than 70 million Americans, one in three, have arrest records. The country incarcerates 698 out of every 100,000 people; even after slight drops in recent years, it’s still the highest known prison population in the world. With 600,000 prisoners released annually, churches have ample opportunities to help.

“We tend to look at issues in a conservative or liberal bucket, but there are some important issues, including criminal justice, where practicing Christians and evangelicals really do care about these issues that haven’t traditionally been thought of as evangelical issues,” said Heather Rice-Minus, vice president of government affairs and church mobilization at Prison Fellowship.

Prison Fellowship has advocated for criminal justice reforms like the First Step Act, which was enacted in December 2018. The legislation won bipartisan support by reducing the federal inmate population and saving money. It resulted in 3,100 inmates being released based on new calculations of time earned for good behavior.

But the legislative victory only applies to a narrow portion of inmates: the 10 percent of the prison population in federal penitentiaries. Of the nearly 2.2 million people incarcerated in the US, 57 percent are in state prisons. The drop in the overall incarceration rate is largely due to state prison reforms. Over a decade, 31 states revamped their corrections and sentencing policies, with many major changes taking effect in the past year.

Oklahoma locks up more of its citizens than any other state in the country, recently unseating Louisiana, which held the record for years. According to 2018 data, Oklahoma incarcerates 1,079 people per 100,000.

Oklahoma Gov. Kevin Stitt signed legislation in May 2019 that reduced the sentences of more than 450 inmates convicted for low-level and nonviolent drug and property offenses. The bill came after Oklahomans approved a 2016 public ballot initiative to change the punishment for these types of crimes.

More than 900 inmates applied for early release as part of the new law. The state expected to empty around 2,000 prison beds by the end of the year and save $11.9 million annually through the early release program.

Florida is also working to restore voting rights to convicted felons returning to society, a position long advocated for by Prison Fellowship’s late founder Charles Colson. (Colson served time in prison for his role in the Watergate scandal, and expressed a desire to see felons receive back the right to vote as part of their restoration to society. Florida Governor Jeb Bush restored Colson’s rights to vote, practice law, and serve on a jury in 2000.)

With such a high incarceration rate, it’s easy to assume criminal activity is growing in America. Though the US crime rate has been declining steadily over the past 25 years, Barna found that 81 percent of practicing evangelicals (and 60% of US adults) believe the crime rate is increasing. Evangelicals are also less likely to see keeping youth out of adult prisons as a priority for criminal justice reform (23% compared to 32% of Americans overall).

Kelly, the Chicago pastor, would like to see Christians be willing to do the work of building relationships with people after they are released, rather than just visiting them in the “controlled environment” of the prison.

“The best ministry is not a program but fully integrating people into the life of the church,” he said.

CT reported last year about how multisite churches opening in prisons have eased the transition into a church community on the outside, and other churches have been expanding their approach to “prison ministry.”

“I am seeing more congregations prepare themselves to receive returning citizens, and doing the legwork of educating themselves around what returning citizen’s need as they reenter society,” said Dominique DuBois Gilliard, director of racial righteousness and reconciliation for the Evangelical Covenant Church.

In an email to CT, he said they are “doing the internal work of ridding themselves of the biases they hold concerning incarcerated people, establishing networks of care (connecting with local mental health providers), and support (finding companies that will hire returning citizens, particularly those with felony convictions, and who will offer long term housing to individuals with a criminal record) for returning citizens.”

Gilliard, author of Rethinking Incarceration, recently interviewed Bryan Stevenson, the lawyer and justice activist whose story is at the center of the new movie Just Mercy, which released last week.

“I don’t want to see anybody burdened with the lie that their life doesn’t matter, that they’re beyond hope and beyond redemption or beyond any purpose. I don’t believe that for anyone,” said Stevenson, who founded the Equal Justice Initiative. “Part of what my work is about is trying to illuminate that path so that we can both see it.”