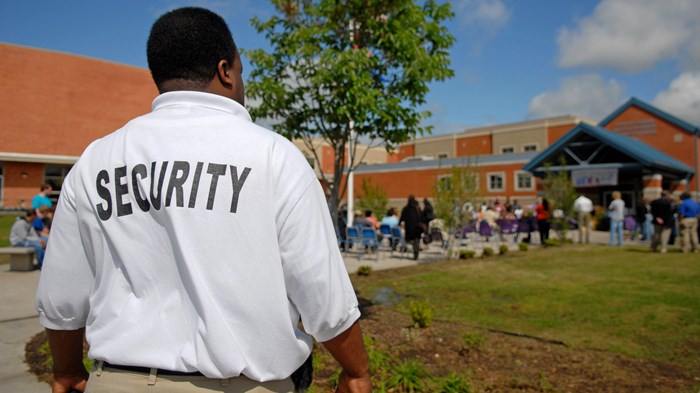 The more people who show up to worship services each week, the more likely the church is to have made plans for a potential gunman.

More than a quarter of churches (28%) have radio communication among security personnel.

African American pastors (47%) and pastors of other ethnicities (46%) are almost twice as likely as white pastors (25%) to take this step.

The question of guns in church is very much a live debate among pastors, as close to half of pastors (45%) say part of their security measures include having armed church members.

Combining this with the percentages who say they have uniformed police officers or armed security personnel on site, 51% intentionally have firearms at their worship services as part of their security measures.

Evangelical pastors (54%) are more likely than mainline pastors (34%) to say they have armed church members.

Pentecostal (71%), Baptist (65%) and Church of Christ pastors (53%) are also more likely than Methodist (32%), Lutheran (27%) and Presbyterian or Reformed pastors (27%) to say they have armed church members as part of their security measures.

Other churches place their emphasis on keeping all guns away from the worship service.

More than a quarter (27%) have a no-firearms policy for the building where they meet and 3 percent have metal detectors at entrances to screen for weapons.

African American pastors are the most likely to implement these strategies, with 50 percent saying they have a no-firearms policy and 8 percent deploying metal detectors.

Almost 1 in 5 pastors (18%) say their church has taken none of the precautions asked about in the survey, while 2 percent aren’t sure.

“While methods vary, most churches start with the resources they have to prepare for what they hope will never happen,” said McConnell. “With planning, a church can be prepared without being distracted or paralyzed by the threat. Pastors are trying to balance two responsibilities—protect those on the inside, while being as welcoming as possible to those on the outside.” 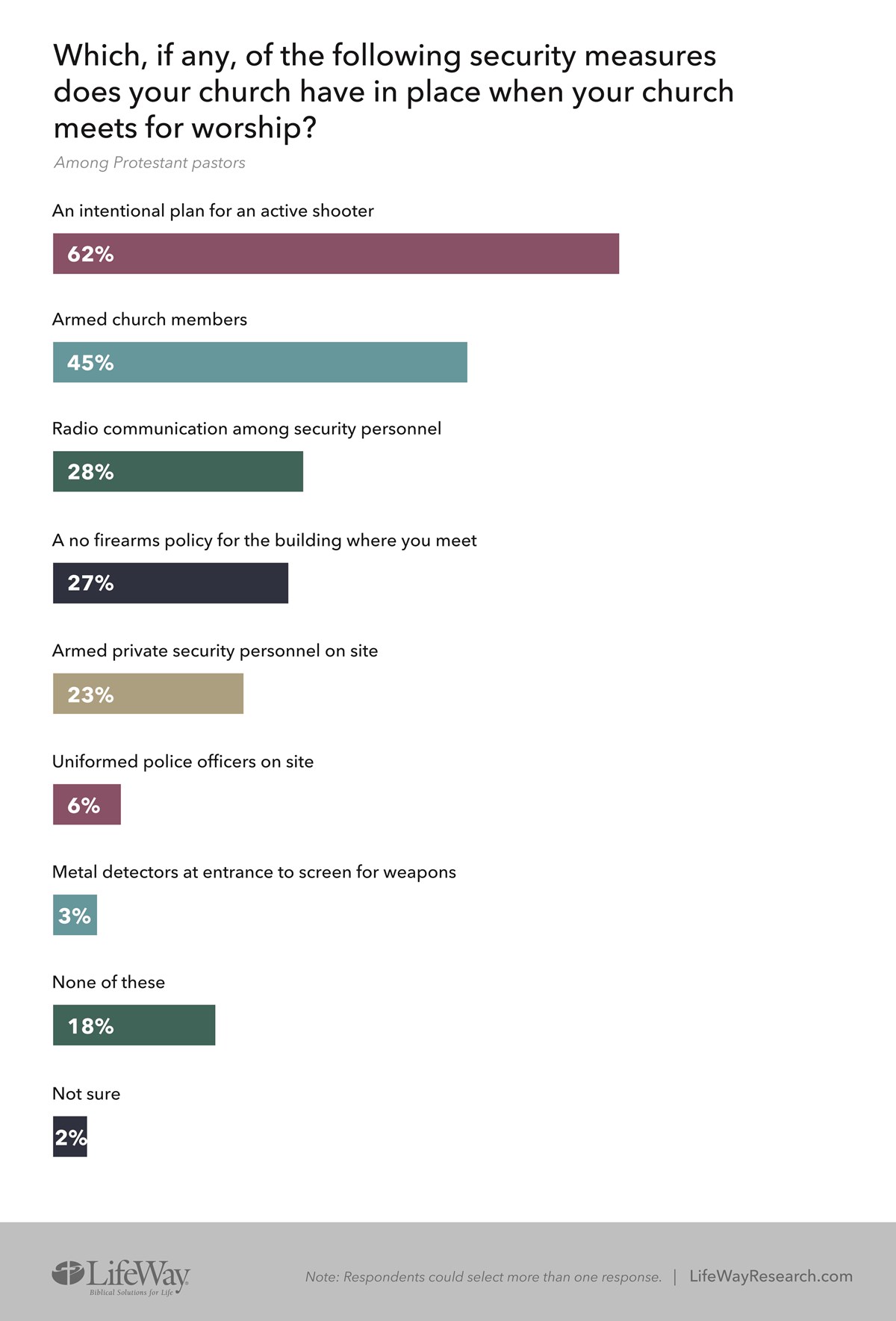 In the survey, which took place prior to the West Freeway Church of Christ shooting in December 2019, close to a quarter of Protestant pastors (23%) say they have armed private security on site. Additionally, 6 percent say they have uniformed police officers on site as an added security measure.

For the vast majority of churchgoers (73%), the presence of a uniformed policeman or security guard at church makes them feel safer, with 37 percent saying they feel much safer.

African American pastors are the most likely to say they have both armed private security personnel (41%) and uniformed police officers (18%) on site.

Female churchgoers, on the other hand, are more likely than their male counterparts to say those visible individuals make them feel safer (75% to 69%).

Churches with 250 or more in attendance are the most likely to say they have armed private security personnel (43%) or uniformed police officers (26%).

Those who attend such churches are also the most likely to say seeing police officers and security guards at church make them feel safer (83%).

“Any organization that has relatively large gatherings of people has a responsibility for the safety of those gathered,” said McConnell. “In considering security, church leaders have to consider methods, costs, risks and how those safety measures potentially impact their ministry.”