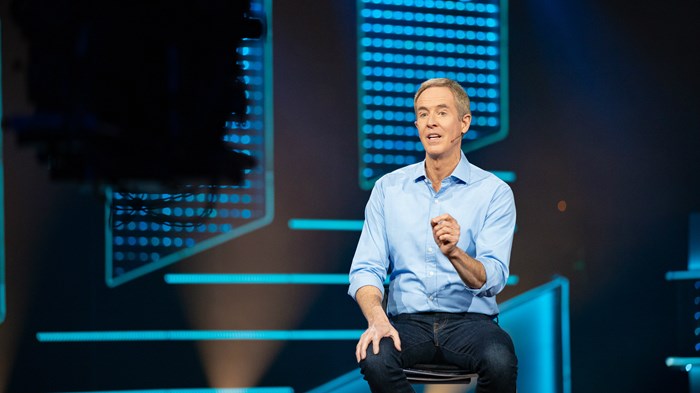 When churches first canceled in-person worship services in March, virtually no pastors expected their sanctuary doors to still be closed at the end of the year. Those projections are quickly changing, with megachurch pastor Andy Stanley announcing Monday that his Atlanta-area multi-site church will not resume in-person worship services until 2021 due to the coronavirus risk.

North Point Community Church was the first major congregation to push back reopening plans as far as next year, but Stanley is not alone. In a Barna Group survey conducted over the past week, 5 percent of pastors said they didn’t expect to reopen this year. Just two months ago, none of the respondents were thinking it would be long.

For much of the pandemic, church reopening plans have shifted month to month or week to week, depending on regulations and local outbreaks.

North Point, which gathered 38,000 attendees across locations during a typical pre-pandemic weekend, had announced in May plans for an August 9 reopening; when church leaders decided they would need to delay beyond that date, they opted to postpone for at least six months rather than wait and see what happens with the virus in the fall.

“Wait and see puts the organization at the mercy of circumstances. Wait and see is no way to lead,” Stanley told CT. “People want certainty. We cannot provide certainty. Clarity is the next best thing.”

In the video announcement sent out to his congregation, Stanley explained that even if North Point resumed services, only a small portion of the church could or would attend, and the church could not guarantee safety from the virus. Holding Sunday gatherings would also put leaders in the logistically difficult position of contact-tracing should an outbreak occur.

Instead, postponing their reopening allows staff to focus their efforts on creating programs to reach and engage people now, including through upgraded digital offerings and smaller, limited in-person gatherings.

“We are intentionally an outward facing organization. Spending time and money to create safe-ish Sunday morning gatherings struck us as insider-focused,” said Stanley, who made the decision with fellow leaders and based in part on surveys of staff, volunteers, and attendees. He estimated that 85 percent of the feedback he’s received around the news has been positive.

“By suspending Sunday morning in-person gatherings we are able to create a strategy that impacts 100 percent of our attendees and has the potential to impact their friends as well,” he said. “In-person services during COVID is neither missional nor evangelistic—unless of course the mission of the church is to gather in a building on Sunday morning.”

Another local congregation, Atlanta Christian Church, announced Tuesday that it would not be returning to in-person services this year. “It does not mean, however, that we are ‘closed,’” pastor Derek Sweatman said in an announcement posted on Instagram. “On the contrary, this decision has allowed our pastoral staff to ‘move forward’ with new plans and ideas….”

Meanwhile, around half of pastors (49%) said their churches are already back to meeting in their regular locations for in-person services, Barna found. That number is down slightly from late June, when 56 percent said they had reopened. 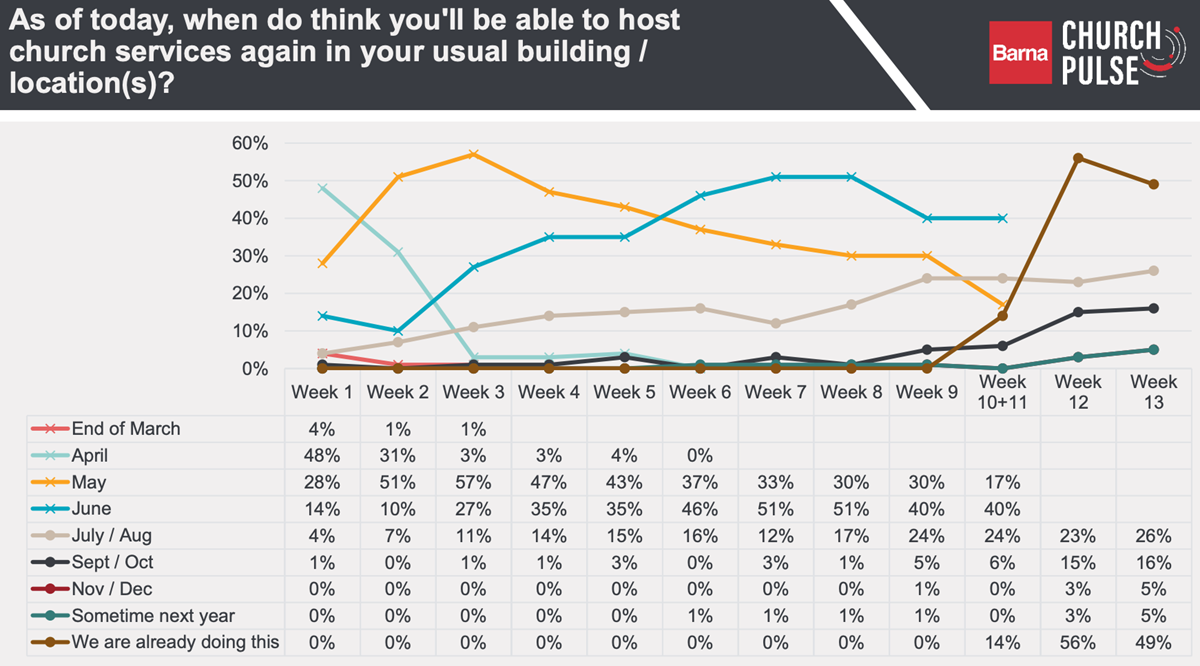 “The differences between churches that are open or closed aren’t as big as you’d imagine,” Barna president David Kinnaman said last week. “I was sort of expecting the Northeast and the West to be almost categorically closed, but what we find is, like in states as big as California or New York, there’s actually a big range of churches and environments in those places—from urban to suburban to rural.”

Georgia reported a record 4,400 new cases on Friday, leading Atlanta—a hotspot in the state—to reverse reopening plans and move back to “Phase 1” guidelines. California Governor Gavin Newsom also reenacted restrictions on Monday, including shutting down indoor church services, following a surge in infections and hospitalizations over the past two weeks.

“We’re actually finding that one of the key differentiators between open and not open is whether the pastor perceives that it has affected their congregation,” Kinnaman said. “Of those that are not open, 86 percent (16% a lot, 70% some) believe that COVID has affected their church, but among those that have opened, it’s 69 percent (12% a lot, 57% some).”

While the vast majority of congregations have complied with public health directives to prevent the spread of coronavirus, several church gatherings have resulted in significant outbreaks, both in the early span of the pandemic and over the past few weeks as many resume in-person worship with precautions in place.

As the Associated Press recently reported, church services “are by no means at the top of the list of problematic activities,” and religious liberty advocates have argued that they not face more stringent restrictions than similar gatherings. Officials and experts have raised concerns about crowd size, physical contact, and singing during services, which is believed to worsen the risk of coronavirus transmission.

While keeping health and safety a priority, church leaders are also worried about the spiritual health of their flocks during the pandemic.

Barna found that a third of churchgoing Christians haven’t participated in an online service in the past month. The initial declines in giving that worried pastors in the beginning have improved, though, with most pastors saying tithing is holding steady or increasing.

Stanley assured his congregation that he trusts that Jesus will continue building his church and that North Point will be just as strong when it reopens sometime in 2021.

“I’m absolutely confident that the church and our local churches will not only survive this, but I think ultimately we’re going to thrive as a result,” he said in the video announcement.