GOD TV argues application for new Shelanu channel in Hebrew was forthright, decries decision as political.
The Associated Press and Jayson Casper|June 30, 2020 11:06 AM 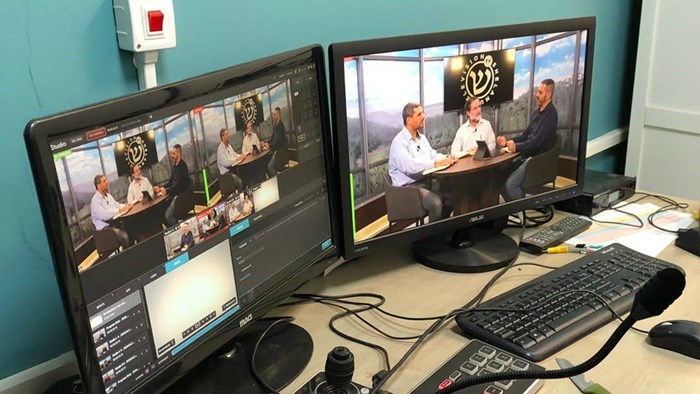 Israeli regulators on Sunday announced they ordered a US-based evangelical broadcaster taken off the air, saying the channel hid its missionary agenda when it applied for a license.

In his decision, Asher Biton, chairman of the Cable and Satellite Broadcasting Council, said he had informed GOD TV on Thursday last week that it had seven days to stop broadcasting its new Shelanu channel.

“The channel appeals to Jews with Christian content,” he wrote. “Its original request,” he said, stated that it was a “station targeting the Christian population.”

The decision was first reported by the Haaretz daily.

And today, Shelanu announced that its satellite provider, HOT, has dropped the channel altogether—likely due to Israeli pressure.

“In a free and democratic society such as Israel, we would have received approval for our new license, and if not, we would have won in court,” stated Ron Cantor, Shelanu’s Israeli spokesman, in a press release. “The only thing that could have stopped our channel from being aired was if HOT broke our relationship.”

If there is no public apology and clarification, Shelanu plans to sue Biton.

The channel said its existing license “stated unequivocally” that it would broadcast its content in Hebrew to the Israeli public. Most Christians in the Holy Land speak Arabic.

“Therefore it is not at all clear what was wrong beyond political considerations,” it said.

According to a copy of its original application and approval, obtained by CT, Shelanu identified itself as “a Christian religion channel broadcasting Christian content … for the audience of Israeli viewers ... [in] Hebrew and English.”

Nowhere did the channel state it was for Christian viewership, Cantor said.

According to the copy seen by CT, Biton’s approval also stated: “The channel is intended for the Israeli viewing audience.”

It is also resolutely patriotic.

“It is absurd that anti-Israeli and anti-Zionist content is broadcast freely every day on cable television in Israel, and a pro-Israel Zionist channel like ours is under investigation,” said Avi Mizachi, a Shelanu board member. “We should be free to broadcast content of our community as well.”

The community, however, is easily misunderstood.

In a video message that was later taken down, GOD TV CEO Ward Simpson suggested the new channel’s real aim was to convince Jews to accept Jesus as their Messiah.

In a subsequent video, Simpson apologized for any offensive remarks and said GOD TV would comply with all regulations.

In its application, Shelanu highlighted its agreement to the regulations.

“Maybe there was some confusion in his understanding of Shelanu. But to say that we tricked him into broadcasting content that is not allowed under our license is simply not true,” Cantor said.

“If we really lied to get a license, of course we would have been caught. It does not make sense. It goes against everything we teach.”

Shelanu means “ours” in Hebrew, referring to Jesus as the Jewish Messiah.

Cantor said the decision to cancel the channel’s approval came after “relentless pressure” on Biton from Jewish anti-missionary groups.

Yad L’Achim, a leading organization, called it a “huge victory” for its behind the scenes efforts.

But until HOT joined the council in yielding to such pressure, Cantor had hoped a reversal on appeal would avoid a “severe diplomatic incident with hundreds of millions of pro-Israel evangelical Christians worldwide.”

GOD TV was founded in the UK in 1995 and eventually grew into a 24-hour network with offices in several countries. Its international broadcasting licenses are held by a Florida-based non-profit. It claims to reach 300 million households worldwide.

The controversy over its Shelanu station has put Israel and its evangelical supporters in an awkward position, exposing tensions the two sides have long papered over.

Evangelicals, particularly in the US, are among the strongest supporters of Israel, viewing it as the fulfillment of biblical prophecy. Some see it as the harbinger of a second coming of Jesus Christ and the end of days.

Israel has long welcomed American evangelicals’ political and financial support, especially as their influence over the White House has risen during the Trump administration, and it has largely shrugged off concerns about any hidden religious agenda.

But most Jews view any effort to convert them to Christianity as deeply offensive, a legacy of centuries of persecution and forced conversion at the hands of Christian rulers. In part because of those sensitivities, many evangelicals, who believe salvation can only come through Jesus and preach the gospel worldwide, rarely target Jews.

Some even reacted negatively to Shelanu, fearing that backlash to the channel will damage Jewish-evangelical relations.

Cantor does not believe the incident will cause a split in the Christian Zionist movement, but does see it as a “readjustment.”

“The mistake of some, not all, is that they have not been upfront with their Jewish friends,” he said, understanding that it comes from a long Christian history of anti-Semitism.

“The problem is that most of the Jewish people with whom they seek friendship believe that they are not concerned at all with whether they believe in Yeshua [Jesus].”

“This is not Western Christians seeking to force their religion on Jews,” he said. “We are speaking of Israeli citizens, who fought in the army and pay their taxes, sharing their faith.”

Before HOT’s decision not to reapply on Shelanu’s behalf, Cantor had “no doubt that Israel will renew the license. Israel believes in freedom of speech and expression.”

“We are hurt and devastated that our country’s leaders would act against us,” he said today. “But at the same, we are happy that they put pressure on HOT to drop us rather than to take the unprecedented, anti-democratic move of stripping the Messianic Jewish and Christian Arab communities of their freedoms of speech and expression.”

So instead, Shelanu will go online only. “As Israelis who love our country and know the laws, we will not be silenced,” said Cantor. “We will continue, in a spirit of love, despite being persecuted by our own government, to be a voice against BDS and seek support from evangelicals all over the world for Israel.

“We will stand with Israel, even if our government does not stand with us.”