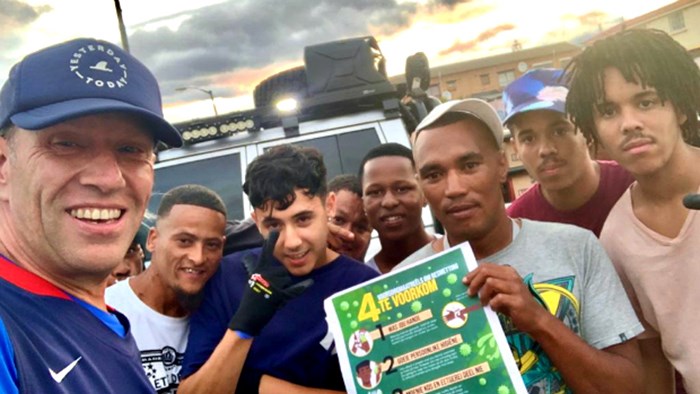 Somehow, an Australian-born investment banker in England went to South Africa and got mixed up with the “Americans.” The gang, that is, in one of Cape Town’s most dangerous townships (known outside of South Africa as “shantytowns”).

And with them, the Hard Livings and Clever Kidz.

Called by God into a life far from his Christian but comfortable existence, Andie Steele-Smith has recently won international acclaim as the “gang pastor” crossing rival lines. Serving the last five years in 2018’s second-highest homicide city, he has led murderers and drug lords to cooperate amid the coronavirus pandemic as a new distribution network for soap and emergency food delivery.

In addition to endemic crime, Cape Town counts 10 percent of the confirmed COVID-19 cases in all of Africa, and 60 percent of South Africa’s cases.

With both mass media and the masses desperate for good news amid the pandemic, his story has been told by the Associated Press, the BBC, CBS News, and even earned a quip (at the 12:30 mark) on Comedy Central’s The Daily Show with Trevor Noah, himself a South African from Johannesburg.

CT spoke with Steele-Smith, who attends Hillsong’s Cape Town campus, about his calling, the spiritual impact of his ministry, and whether “15 minutes of fame” makes the situation better or worse: 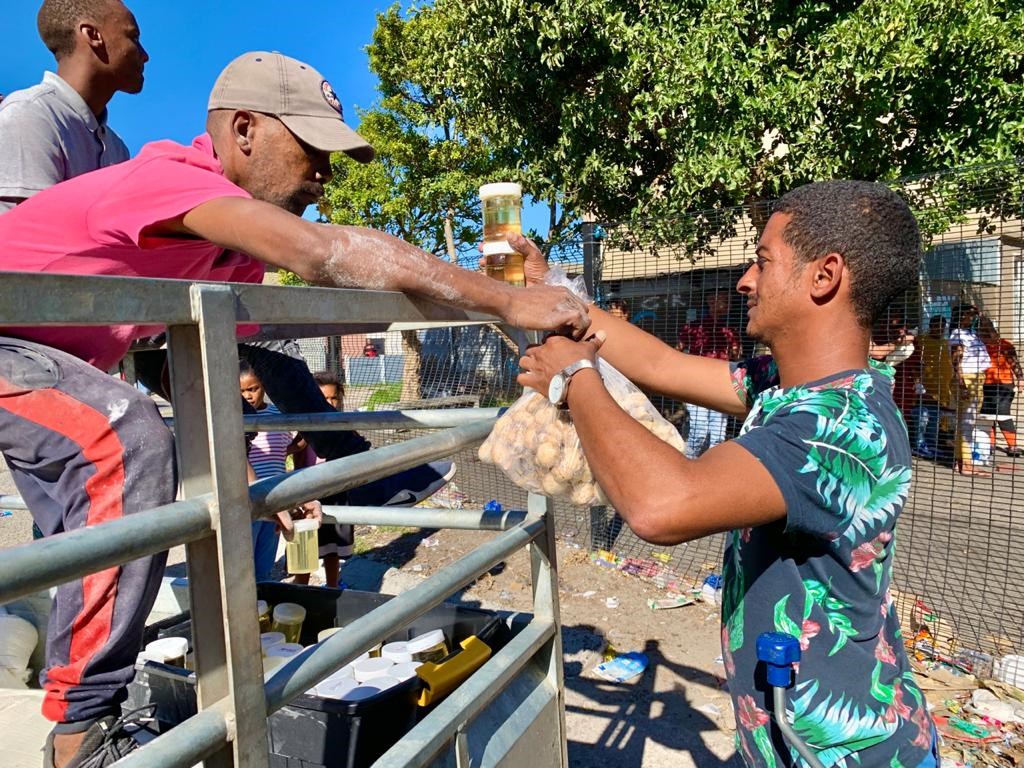 You started out as a successful investment banker. How did you end up in South Africa?

I grew up in a strong Christian home and church, but until I was about 40 years old, my life was all about building my own empire.

Around 12 years ago, I visited San Diego to buy a coffee company. Invited to what I thought was a megachurch, little did I know it was a Christian rehab center. The Holy Spirit convicted me, and I spent the rest of the day crying like a baby. First, that these people are the same as me, but then, that they are actually better than me. I was the rich arrogant fool, and my life turned upside down.

I began volunteering with the homeless and drug addicts in the US and the UK. But in 2012, I visited South Africa for business, and felt God speaking to me and saying this is where you’re meant to be.

God gave me a very clear, but blurry, picture: a circle with four corners. The circle had the Great Commission at the center. The corners were justice, entrepreneurship, education, and safe church communities.

You are still a businessman?

I run a couple different businesses, and this supports what we do. But as the needs multiplied after COVID-19, buying soap and food for thousands of people, it was bigger than we could do alone. We’re members of Hillsong Church, and their Hillsong Africa Foundation came alongside to help as has a Christian NGO called Chanan54.

But at first, I assumed God would have me sit on the boards of a few Christian charities. I purposefully didn’t join any ministries for a year, so we could look, listen, and learn. The last thing South Africa needed was another “white savior,” saying he knows what the answer is.

A year later, we joined a small church plant in a township near our house in Cape Town. These were created during apartheid, when the white people told everyone they didn’t want living near them, “Here’s your hellhole. Stay there.”

I was asked if I would run a Bible study, and I asked to meet the person who ran it before. They said, “No one ever has. Everyone has been too scared.”

But I had hung out with some of the gangs in Los Angeles, and thought, “This isn’t safe, but it’s not scary.” So I set up a barbecue and started cooking. I invited six young men, and eight turned up. By Week 6, we had 150 around the fire, and started building community.

What have you seen God do in these communities?

The No. 1 lesson is just turn up. You don’t need a project or a program, but if you turn up every day you are no longer just a white person. All of a sudden, you are one of us. It is a massive difference.

But you have to be prepared to be there at any time, especially when the ambulances often won’t enter these neighborhoods after dark. So the second lesson is to run into the flames, rather than do the natural thing and run … away from it. 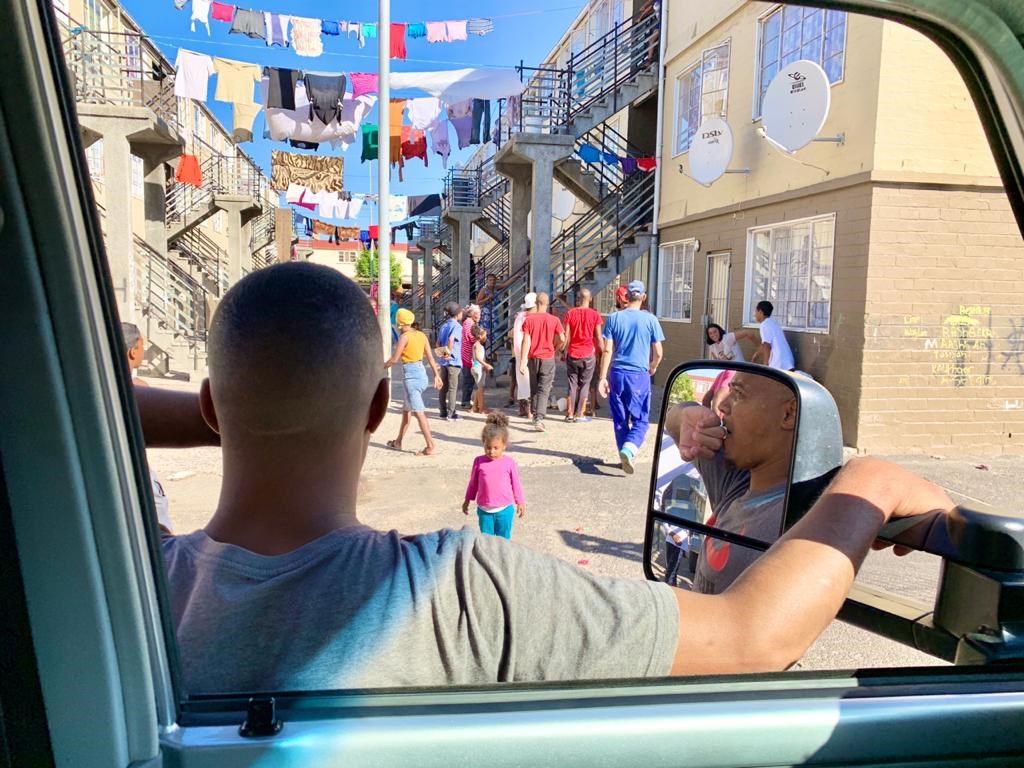 Underpinning all of this is that we can lift them up and give them the privilege of leading their own communities. Three years ago, there was a massive storm with thousands of dwellings destroyed. We helped them rebuild for the next six weeks, but almost all the work was done by these young men.

Now they are walking in their community with their heads held high—called hero, or leader, or even pastor. When a 12-year-old boy is called a pastor, that is a pretty radical thing.

Were these gang members?

No, they were ordinary people. But as we served in that township for a couple of years, we started seeing needs in other communities. After a fire in a different location, hundreds of people lost everything they owned. The young men actually called me, and said let’s go and help them. We stayed there for a month, rebuilding 700 homes. But by far the most valuable thing we brought was solidarity. 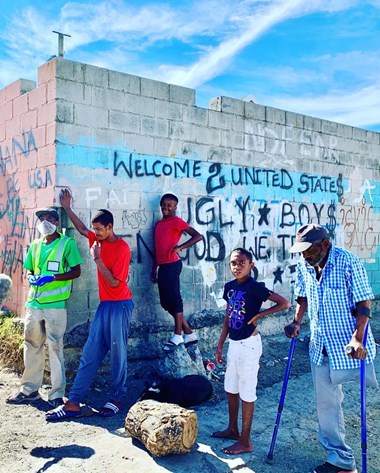 We had been praying with the young men to get involved in gang ministry. These impoverished boys rarely leave their own community, let alone go somewhere more dangerous to minister.

Beside my four children, I have two local boys, Franklin and Junior, whom I call my adopted twins (age 19 and 14 when we started), even though they have a wonderful mother and father. They do all the hard work, I’m just a glorified taxi driver with crazy ideas. I drop them off in a community, and after half an hour they come out with 50 others trailing behind them like the Pied Piper.

The young men are wonderful instinctive leaders. As they give practical instruction in how to use a hammer and nail, they are also discipling them, spreading the gospel.

In one township, we met a local gang boss already serving an elderly man in a wheelchair, who was trying to rebuild his house. He was just released from jail after being sentenced for armed robbery and murder. If he has an innate desire to do good, there is hope, and we can work with that.

Two weeks later, when he wasn’t working alongside us, six young men from another gang came to attack us with knives drawn. I pulled my boys behind me, and on autopilot I grabbed the leader, hugged him, and kissed him on the forehead. He burst into tears, put his knife in his pocket, and said, “Uncle, can we help build with you?” More than anything, these boys just need a dad figure. They have been gang members for five or six generations. They are not the bad guys. They have done terrible things, but they are also victims. 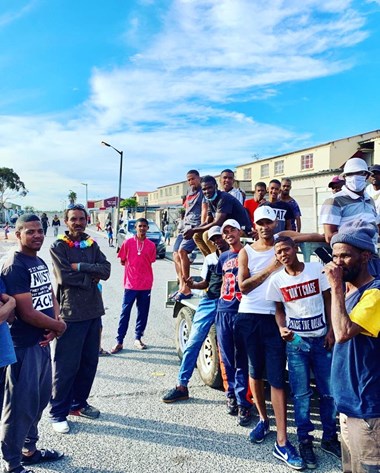 Have you seen people saved?

We regularly stop while we are working to invite people to follow Jesus. I’ve lost track, but maybe 5,000 to 10,000 have told us they’ve repented and are turning to follow Jesus. But I don’t call this success, it is just a small piece in the overall cause of what we Christians are called to do.

We’ve seen hundreds of gangsters give their lives to Jesus, and Hillsong runs a bus to bring them to church. The pastors sit in the first rows, and the gangsters right behind them. It’s pretty cool. But we get the credit where hundreds of other pastors have already invested in these communities. We just get to see the harvest.

Do these young men wind up leaving their gangs? Is there less violence in their communities?

We’ve seen transformation, but we are at an early stage of where I think this could go. We’re trying to address the causes of gangsterism, and Hillsong helps with the discipleship component. But before COVID-19, I would have thought the next step would be to provide an avenue to get people out of the gangs, off the street, and into a safe environment.

But now, by virtue of them turning up to work in cooperation, this has given them a cause to pursue in their own communities, rather than go elsewhere to get their minds transformed.

When people are set free from alcoholism, they still need to drink something. Gangsterism identifies the best entrepreneurs in a community. But they need legitimate enterprise so they can use their same skills and hustle for God’s kingdom and their community.

How has this season of publicity impacted the community?

The community has been happy and supportive, because they see a real change in terms of these gangs. For the young men, it has been incredible. I’ve tried to be cautious with the media, because I imagined they might come in and use the boys by sensationalizing things.

These boys have grown up believing what they see on TV, about anything. Now they are seeing themselves on the world news, portrayed as heroes. They are heroes, but now they are starting to believe it. If I tell them, it makes an impact. But when the reporter says so through the TV lens—sometimes with tears in their eyes—they stand a foot taller. 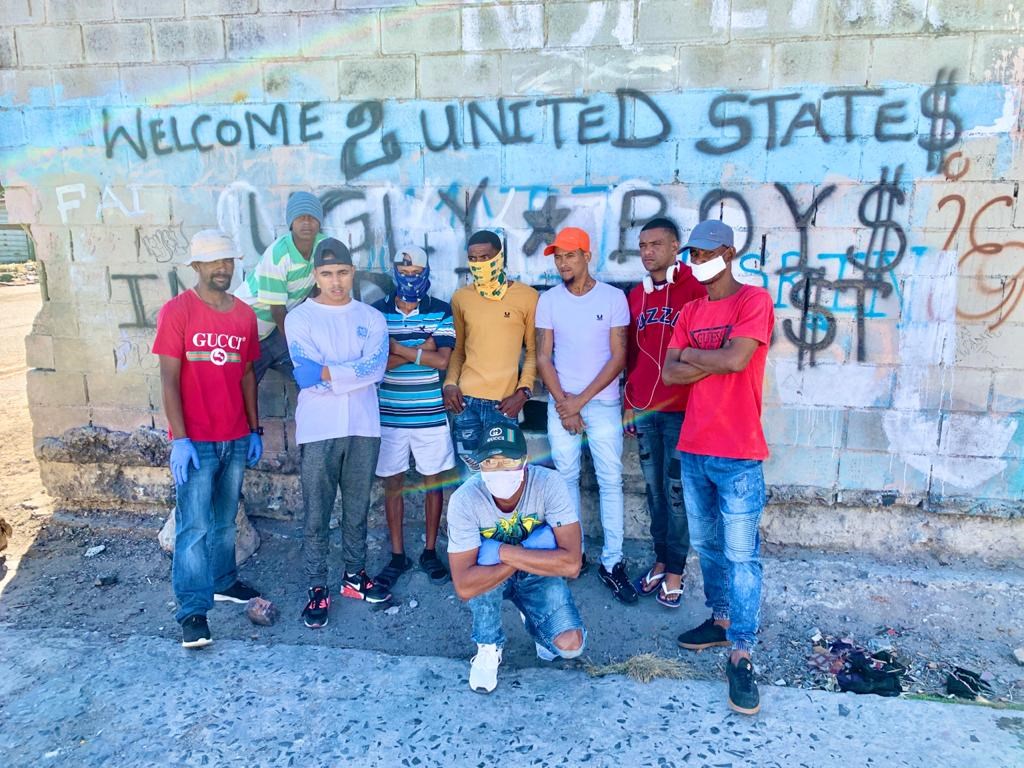 How are you personally interpreting these 15 minutes of fame?

To be honest, it is a distraction for me. I already have 20 hours a day of things to do, six days a week. It doesn’t personally add anything to me. Instead it detracts because it makes me more tired, giving me less sleep and time with the family.

It is amusing, and fun for a second, but it is an additional thing I have to do. It exposes me personally to the world, and I’d rather not do that. But now that these boys are seeing themselves as heroes, and starting to act every day as heroes, there has been a good consequence.

Jesus says we have to not do good deeds in front of others, but also to let our light shine before men. How have you lived in this tension?

I try not to talk about what I do, but about what the boys do. I feel more comfortable when I am letting the light shine through them. I’ve stuck to this from the first time media approached me.

Nothing that we do, or that the boys do, is done to get praise. We are doing it to see transformation. Feeding people, or building houses, or fighting fires, these are the unintended consequences of turning up and showing solidarity—showing that God loves them.

The things that people see in the media and say are amazing? No, these are the unintended consequences; they’re irrelevant in a sense. That’s not actually what we are there to do. It is to love someone who might not have felt loved.

Editor’s note: This article has been updated to note that the proper name in South Africa of a “shantytown” is a township.

1 of 6
expand
Give Today
Christianity Today strengthens the church by richly communicating the breadth of the true, good, and beautiful gospel.
Learn more
© 2020 Christianity Today - a 501(c)(3) nonprofit organization.