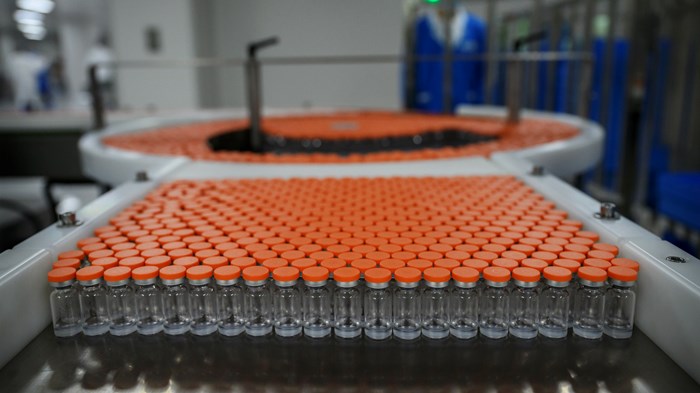 With outbreaks resurging around the world and—finally—a likely COVID-19 vaccine on the horizon, Christian leaders are advocating for fair distribution to protect the neediest people and places, not just the richest.

But even among those committed to sharing resources to stop the virus, different strategies have emerged around which countries and which vulnerable places and populations to prioritize. Christians in the medical field have a crucial role to play in these conversations around the ethics of distribution, while church partners have already begun to speak up about the importance of vaccination for public health.

Countries like the US and the UK have invested in hundreds of millions of vaccine doses from pharmaceutical companies in a race to develop viable candidates—enough to thoroughly cover their population and then some. Canada has purchased enough doses to cover its population five times, according to a new analysis by Duke University researchers.

But once a viable vaccine is ready, who gets to be first in line for the protection offered by inoculation? While Americans consider making the vaccine available to populations such as health care workers and the elderly first, the poorest countries could be waiting years before they’re able to distribute doses at all. Limits in manufacturing capacity and investment could mean some places won’t offer the vaccine until 2024, according to the analysis.

“There are definitely very many concerns” about inaccessibility, said Elizabeth Bukusi, a researcher and bioethicist in Kenya who participates in the global COVID-19 Clinical Research Coalition. “When you are a less-resourced country, you are even more concerned.”

Christians have historically partnered with health officials to treat diseases like polio, HIV, malaria, and Ebola. Though the coronavirus represents a more widespread global threat, similar challenges have emerged around prioritizing needy communities and distributing resources.

“What happened in the case of HIV is that the countries that needed it the most—sub-Saharan Africa—were the last to get treatment and access because they couldn’t afford it,” said Bukusi, worrying that “a country who has more cases gets less access than a place that doesn’t.”

In sub-Saharan Africa, cases haven’t been as high as initially predicted, but some presume the numbers are underreported due to low testing rates. However, projections are trending upward after being stable for a season, like much of the world.

In the global health landscape, Christians can make the case for leveling the playing field and ensuring more equitable access for all. “God’s way of looking at it is not based on power or financial muscle,” Bukusi said, quoting Galatians 3:28, that in Christ there is no Jew or Greek, no slave or free. “God looks at us from that view of all being the same.”

Though it does not plan to distribute the vaccine, World Vision is advocating for strategic administration of the vaccine to the world’s most vulnerable people as soon as supplies are available, said Dan Irvine, who manages World Vision’s institutional relationship with the World Health Organization (WHO), the Global Fund, and other international actors. It will play a support role, using its network of community workers to aid in messaging about the vaccine.

“At this point, the distribution needs firstly to be based on the protection of life,” said Irvine, senior director of health and nutrition. “Our Christian concept of the sanctity of life is one of our principal drivers.”

This year, Christians have been challenged to love their neighbors while facing a pandemic both in their own neighborhoods and in faraway, needier places they aim to help and serve.

“If rich countries use all the available vaccine to protect only their own populations, they will be extending the life of the pandemic everywhere,” wrote John Wyatt, the president of the United Kingdom Christian Medical Fellowship.

Efforts to provide better access for low-income countries are already underway. A global collaboration of 184 countries called COVAX aims to pool financing to offset the cost of doses for the middle- and lower-income countries. Beyond that, COVAX is negotiating with its 80 higher-income partner countries to share some of their supply after a certain percentage of their populations are vaccinated.

Some wealthy nations have chosen to join, though the US has not. President Donald Trump’s administration has said it will allocate the first doses to the US population but could still send surplus vaccines to other countries through its partnerships (This May, Trump planned to avoid working with the WHO).

The aim of COVAX is to secure 2 billion doses for participating countries by the end of 2021—half of which would go to the 92 poorest countries.

The WHO suggests allocating each country enough doses to cover 3 percent of its population and then work up to 20 percent, which would roughly include health care workers, people over 65, and younger people with high-risk conditions.

Instead of prioritizing equal percentages for each country under COVAX, leaders could consider that among poor nations, the risks and burdens of the pandemic are not the same, said Jeff Barrows, senior vice president of bioethics and public policy for the Christian Medical and Dental Association.

Barrows likes a plan proposed by the US National Academy of the Sciences (NAS) that puts health care workers, those living in elderly care facilities, and adults with the highest health risks first, followed by educators, homeless adults, prisoners, and so on. It is more nebulous than a simple percentage and similar plans could be adapted for other countries, he said.

The US is considering the NAS recommendations and is likely to apply priorities based on data it has about each high-risk category in order to distribute vaccines to states, which can ultimately decide where to put the doses on the ground, according to a federal press briefing in October. But the federal allocation won’t explicitly address geographic hotspots for the virus.

Anthony Evans, president of a health equity lobbying group that represents 37 black Protestant denominations, wants African Americans and Latinos, as communities hit the hardest, to receive priority for the vaccine.

The Church as a Voice of Reason

But even a safe, effective vaccine does no good if people aren’t willing to take it. For the health of their communities, some Christians have spoken up to share accurate information about vaccination and curb conspiracy theories circulating on social media.

In Kenya, “some churches actually played a role in helping demystify the research concepts (of vaccine trials),” Bukusi said. “The church can definitely play a role by being a voice of reason. People don’t always trust government.”

In the US, the Christian Medical and Dental Association is hosting discussions at Dallas Theological Seminary that aim to educate on the vaccine and address ethical controversies, like distribution and fetal tissue use in development. (As CT previously reported, the Moderna and Pfizer vaccine candidates do not use fetal cells in their design or production. They’re made with genetic sequencing on computers, though they use fetal cell lines in lab testing.)

“The role of church leaders and pastors is to get a fairly good understanding of this,” said Barrows.

Baltimore pastor Terris King made plans to update his black Baptist congregation on the progress of a COVID-19 vaccine throughout the fall, knowing that members would trust him over messaging from the government or doctors.

“I think that the nexus … of religion and health care is one that has not been examined, utilized, and exhausted in the African American community,” he told the medical news site STAT. “I don’t think there has been enough attention to the importance of storytelling, and who those storytellers are, and the effectiveness of utilizing those storytellers to build a bridge between health care institutions and the community.”

The National Black Church Initiative is in the middle of its regular promotion of the seasonal flu vaccine, with many members opening their churches as vaccination sites. If a COVID-19 vaccine proves safe and effective, church leaders will also engage in messaging in their communities and are hoping for government partnerships to make it successful.

“We have very much focused on working with faith leaders because in many cases we know people will do something because their pastor … tells them to do it, when they won’t do it because their doctor … says to do it,” Jerome Adams, the US surgeon general, said at a press briefing in late October.

The federal government is also working with the Baptist Convention USA, Church of God in Christ, and the Nation Hispanic Pastors Association, among others, as well as beginning conversations with gospel musicians, such as CeCe Winans.

Once US needs are met, the Department of Health and Human Services said it will work with other countries or organizations, including faith-based ones, to distribute to places in need around the globe.

“When it comes to the vaccine, I’m not sure how the government plans to do this, but if we were asked to be involved, we would certainly do what we could to help,” said Franklin Graham, president of Samaritan’s Purse, which has offered medical training and resources to respond to COVID-19 in 30 countries and was previously a crucial part of the response to Ebola in Africa.

President-elect Joe Biden assembled a COVID-19 advisory board within days of winning the election, including Zeke Emmanuel, a former Obama administration advisor who published his take on ethical priorities for vaccine allocation. However, the incoming administration hasn’t said how it would approach equitable distribution.