An interview with Archbishop Ezekiel Kondo on religious freedom after Bashir, normalization with Israel, defamation of religions, and what to pray for next.
Jayson Casper|November 16, 2020 01:45 AM 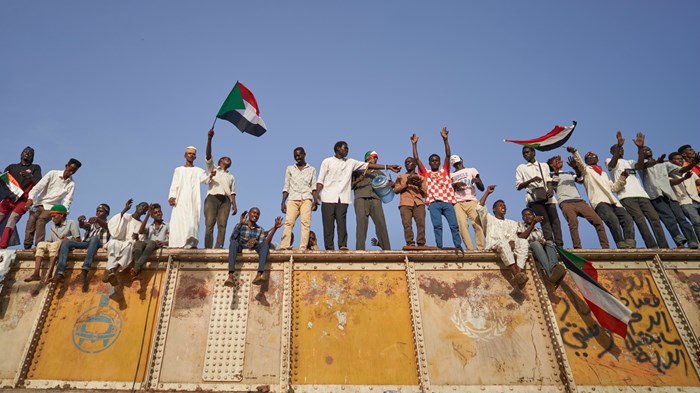 Image: David Degner / Getty Images
Protesters chant from a railroad track in May 2019 above a mass sit-in outside military headquarters in Khartoum to call on the country's military rulers to cede control.

Sudan is rejoining the community of nations.

After 30 years of pariah status under former dictator Omar al-Bashir, the nation has established relations with Israel, taken steps to improve religious freedom, and ensured removal of its US designation as a state sponsor of terrorism.

Archbishop Ezekiel Kondo of Sudan has witnessed the entire history.

Born in 1957 in the Nuba Mountains region, he was ordained an Anglican priest at the age of 31. In 2003, he became bishop of the diocese of Khartoum, Sudan’s capital city.

In 2014, Kondo became archbishop of Sudan within overall administrative unity with South Sudan. And in 2017, he was enthroned as primate of the newly created Anglican Province of Sudan.

A critic of religious persecution under Bashir, Kondo has associated his church with the conservative Global South Movement in the Anglican Communion, as well as GAFCON, which seeks “to guard the unchanging, transforming gospel of Jesus Christ and to proclaim Him to the world.”

CT spoke with Kondo about justice for the Palestinians, the need for a blasphemy law, and his ranking of Sudan’s religious freedom progress on a 10-point scale: 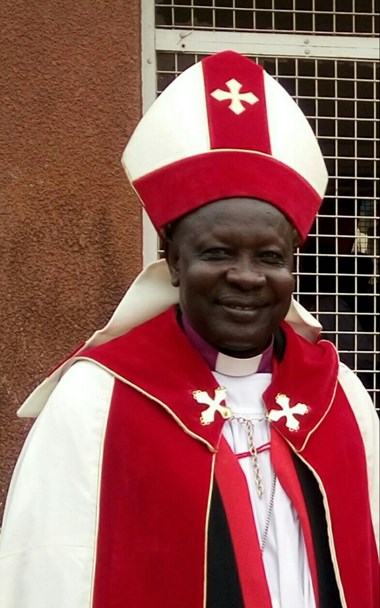 Your country has begun a process of normalizing with Israel. Are you in favor of this process?

I do support it, for the good of Sudan. Normalizing will be a good thing for development in economy, agriculture, technology, and other areas. It will open doors for relations with other countries.

And spiritually, it will enable [Sudanese] Christians to visit the Holy Land.

Are there Sudanese Christians against normalization?

I don’t think there are any. Israelis are human beings. Christians know that other Arab countries have relations, like Israel’s neighbors, Jordan and Egypt. So why not Sudan? They don’t see any reasons against it.

Historically, Sudan has taken strong stands in support of Palestine. How do Muslims feel about normalization?

Many Sudanese leaders say that by normalizing relations with Israel, it does not mean we stop our support for the oppressed Palestinians.

But some people are saying this is completely wrong, we can’t accept it. There have been demonstrations that burned the flags of both Israel and America.

Opinions are divided, but I think the majority believe that normalizing relations will do no harm to the Palestinian cause. We will still speak out for justice.

Sudan has made strides to improve the situation of religious freedom. On a scale of 1 to 10, how would you rank the situation before the revolution, and now?

There has been no significant change. I would give it a 4, before and after.

So maybe I can change my opinion, and give Sudan a 5, after the revolution.

There has also been an allowance of alcohol for Christians, and the repeal of the apostasy law.

These do not impact us very much.

Some people interpret the change to say that Christians are now allowed to drink. But actually, the Bible does not allow us to drink!

For apostasy, yes, this is correct. But while there is an official change on paper, in practice I do not think it will change much. Islam is a culture. You can be protected by law, but you cannot be protected from your relatives or the community.

Help us understand the problems that still exist for the Sudanese church.

There remains difficulty in getting approval to build new churches.

There are so many churches that have been built previously with no legal status, and the government has not acted to find solutions. The Ministry of Housing and Planning still has the right to come and demolish them at any time.

In addition, though there is a Christian woman on the Sovereignty Council, there is not a single Christian in the Cabinet of Ministers, or among the state-appointed governors.

What about the blasphemy law in Sudan? Today many Muslims are calling for an international ban on the defamation of religions.

In Sudan, if you insult someone’s religion, you can get 10 years in prison. The apostasy law has been repealed, but respect is also important.

It is appropriate there should be an international ban. Let people decide for themselves about religion, that is their freedom. I should be able to change from Islam to Christianity if I want to, or from Christianity to Islam if I want to. But I should not be insulted.

There should be a law that prevents people from incitement.

Do you have the legal and cultural freedom to share your faith with Muslims?

Again, this is possible on paper, but I doubt it in practice. Islam is a culture. It will take some time for people to get used to the change in the apostasy law. But perhaps it will be possible in the long run.

After the revolution, is there a desire in Sudan to change this culture, away from its prior state-led Islamic basis?

There are many in the Council of Ministers who are working very hard to change this, but it will take time. I’m not sure about the Sovereignty Council, which is both civilian and military.

What is the spiritual condition of the Sudanese Church?

Spiritually it is strong, even though some denominations have internal conflicts.

What we lack is biblical teaching. After the secession of South Sudan, many learned people left Sudan to go there. The majority of churches also lack finances. We need to grow in these areas, in order to become self-reliant.

But church buildings are full, despite the difficulty in transportation. People come from great distances, and this is one example that shows their love for the Lord. And COVID-19 has really helped people come together, pray, and study the scriptures.

What prayer requests do you have for the church?

Please do not grow tired of praying for Sudan.

Pray that what has been done in this revolution will be implemented. Pray the same for the peace deals signed with some of the armed groups, and that others will sign. It is only a partial peace right now, not complete.

If peace comes, it will result in a strong economy, as money will shift from war to development. Refugees and the internally displaced will return, in order to develop their own areas and houses. This is very important.

Pray also for the church to be faithful to the gospel.

Do you view the revolution as an answer to prayer?

God works in mysterious ways. Who thought Bashir would leave the presidential seat? No one. But with their bare hands people went to the streets, and he left. This is God’s doing.

Around the world people have been praying earnestly for the suffering of the Sudanese people, and I believe God answered their prayers.