A generational gap in affiliation is growing among America’s most devout demographic.
Kate Shellnutt|April 15, 2021 11:00 AM 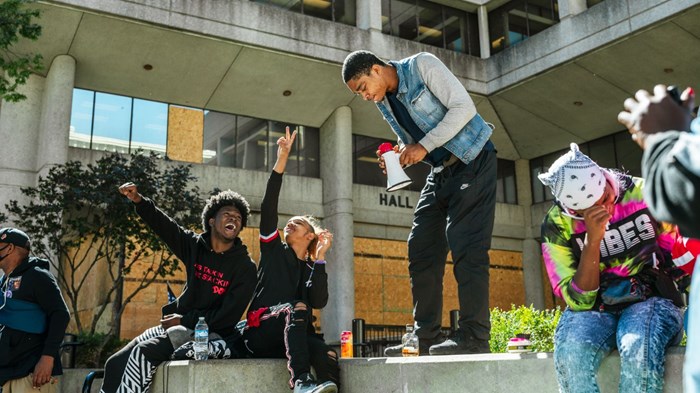 Black Americans of all ages are more Christian than the rest of the country, but leaders say it’s getting harder for younger generations—who are frustrated with racial injustice in the church and are increasingly influenced by secular voices—to keep the faith.

The gap between the beliefs of parents and grandparents and their kids is wider in the black community than the country as a whole, according to new data released today by Barna Group.

“Black young adults have become cynical about the gospel’s credibility because of the persistence of racial injustice and white supremacy,” said Shaylen Hardy, national director of black campus ministries for InterVarsity Christian Fellowship. “They reject the silence (and complicity) they find in some church communities. As a result, they may be likely to view the church’s entire belief system as uncredible and untrustworthy.”

Hardy sees students begin to deconstruct their faith when grappling with the apparent contradiction between biblical teachings and Christian systems that have contributed toward black oppression. These tough questions can lead them to leave the church altogether.

“Without someone to walk alongside them, they cannot isolate the problematic parts while retaining the core,” she said.

Leaders fear, though, that younger generations of black Americans now have more secular voices backing their doubts and frustrations over the church.

“There’s a new power and influence of secular media content in the mainstream that has greater impact on younger Black people than on older generations,” said Jeffrey Wright, CEO of Urban Ministries, which develops Christian resources for black believers and other of people of color and partnered with Barna on the survey.

Black Christian perseverance has also been tested and put on display in mainstream media over the past several years, as the Black Lives Matter movement swelled. In the past year in particular, the deaths of Ahmaud Arbery, Breonna Taylor, George Floyd, Daunte Wright, and others compounded black Americans’ grief and drew more attention to black Christian voices. Titles like Jemar Tisby’s The Color of Compromise and Latasha Morrison’s Be the Bridge made the bestseller lists.

Hardy believes these young believers need opportunities to worship and opportunities to lead—which aren’t always open to them in the traditional hierarchies of the black church. “Black young adults have more ways and places to invest their leadership energies than prior generations,” she said. “If we don’t make space for them, other people will welcome their time and attention.”

Younger generations of black churchgoers have become less likely to attend historically black churches—only about half do—Pew Research found in its 2020 survey. Some leaders have seen the recent unrest prompt believers in multiethnic and white church contexts to return to majority-black congregations.

Other findings in the Barna study point to the continued role of the black church as a refuge as black Americans report feeling increasingly powerless in the political system.

“Black emerging generations still have faith in the core of the black church. Because of this, authenticity and inclusion are both necessary,” said Brianna K. Parker, CEO of Black Millennial Café, also a Barna partner. “Don’t make the assumption that you are ‘winning young souls to Christ.’ Instead, show emerging generations what followers of a risen Christ look like in the midst of the turmoil that exists today.”