As satellite ministry becomes one of the few ways under the Taliban to reach local believers, SAT-7 Afghan pastor reflects on the gospel impact of the US military withdrawal.
Jayson Casper|August 30, 2021 10:40 AM
españolрусский 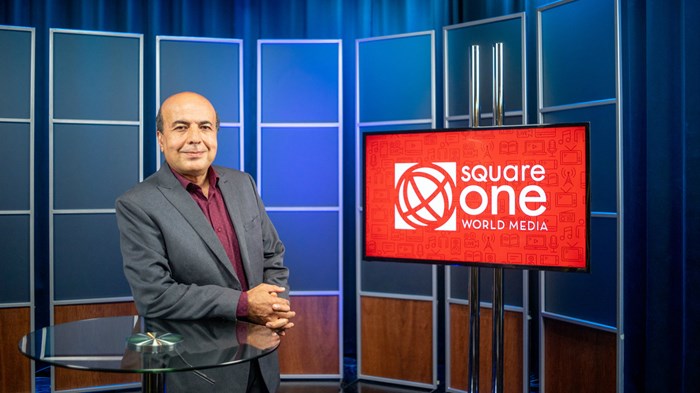 Afghanistan and its neighbor Iran share the Persian language. Now that the Taliban will rule from Kabul again, might the countries begin to also share a spiritual trajectory?

In 1979, the shah of Iran was overthrown in an Islamic revolution. The crackdown that followed ended the Western Christian presence in the nation. Yet today the Iranian church is one of the fastest-growing in the world, as the ruthlessness of the mullahs led many to sour on Islam and some to find new faith in Jesus.

Satellite TV ministry played a great role in spreading the gospel in Iran, and continues today across the border in Afghanistan. Christian ministry SAT-7 began broadcasting in 2002 in Farsi, the Persian dialect spoken in Iran, and in 2010 Shoaib Ebadi began its first prerecorded programming in Dari, the Persian dialect spoken in Afghanistan. His show Secrets of Life went live in 2014, and today is accessible across the whole nation.

The 55-year-old Ebadi was born in Afghanistan but became a Christian in 1999 as a refugee in Pakistan. The following year he emigrated to Canada, and today heads Square One World Media, producing Christian media in various languages around the world.

He told CT about the history of the Afghan church, the impact of the US military upon it, and his hope that “pure Christianity” might now gain a hearing in his homeland.

Some statistics put the number of Christians in Afghanistan at 8,000. Can you give us a brief history of the church?

There was a Protestant church building constructed in 1970 in Kabul during the time of the shah, but it was destroyed when the monarchy was overthrown in 1973. The Catholics had a church in the Italian embassy since 1933. But these churches were only for foreign nationals, not Afghans.

There were a handful of believers in the 1950s, as American professionals came to Afghanistan and opened an eye hospital and a technical college. Later on, in the 1990s, tentmaker missionaries came as English teachers and NGO workers. And I was in a fellowship of about 30–40 Afghan believers in Pakistan. Most eventually went to the West.

These are probably the first Afghans to know Christ in the modern era, but God only knows.

So how did the Afghan church develop after the Americans came in 2001?

Some of the believers from Pakistan, as well as other refugees who fled to Iran, went back to Afghanistan after the Americans came in. And other missionaries came separate from the military presence and spread the word of God. Groups of believers were formed, but under foreign leadership. Gatherings at Christmas could be up to 150 people.

But in 2006, the case of Abdul Rahman gained international attention as he was threatened with the death penalty for converting to Christianity. The Catholic church helped get him asylum. And in 2010, Said Musa, an amputee, was arrested for his faith, but the international community helped get him to Canada.

Then in 2014, NATO ended its official operations in Afghanistan, and when they left most of the foreign Christian workers left also. Some gatherings disappeared, and there was an end to the financial assistance. But other believers took the initiative to lead the church, and the gospel began to spread, especially among the Hazara minority.

What is the ethnic makeup of the Afghan church, and why have the Hazara—about 1 in 10 of the population—been more open? (A plurality of Afghans are Pashtun, followed by Tajiks, Hazara, and other ethnicities.)

Probably about half are Hazara, then 30 percent Tajik, and 20 percent Pashtun. The Hazara (as a people) are Shiites, and were persecuted under the different shahs and kings of Afghanistan. But the Shiite form of Islam also has a concept of sacrifice, of someone giving his life for another. So when they are introduced to the sacrifice of Jesus, the lights can go on.

How does your show minister in Afghanistan?

Because there is no official church, we are trying to provide an hour-long service for believers. The first 10 minutes focus on a high-impact story, related to a social or political issue, presenting a biblical perspective. We broadcast worship songs, we pray, and we present a teaching from the Bible. And throughout, we take live, unfiltered calls from listeners.

Last week we had a believer call from inside Afghanistan, telling us that he is sick emotionally and doesn’t know what to do. We listen, we pray with them, and we put them in contact with our follow-up team. And sometimes non-Christian people just call to argue.

But now that the Taliban is in control, we will be one of the last resources available to Christians. They will begin to filter social media and the internet, but they cannot block just one station of a satellite TV feed.

How would you describe the current psychological state of the Afghan church?

It is very difficult now. Fear is dominant and believers think they will be the next target. Many are trying to leave, and some are getting help from international organizations. But it won’t be possible to get 8,000 people out of Afghanistan. Some are going underground, and we hear reports that some are heading toward the mountains—with the winter coming.

But by God’s grace, they will be able to continue to live under the Taliban as salt and light.

How do you advise us (Americans and other foreign Christians) to help them?

First is to pray. But they also need support, whether financial, spiritual, emotional, or simply in terms of evacuation. They are in desperate need.

But my other request is to get the news out.

As Christians, we need to report the truth about what is happening to believers and to everyone else.

Can you compare the situation today with the fall of the shah of Iran in 1979? Since then, there has been a dramatic rise in the number of Iranian Christians. Might we see something similar in Afghanistan?

There were more Christians in Iran at that time than in Afghanistan today. There were churches and pastors and missionaries. And the crackdown against them was great.

But a big difference is the media. Back then, there was only BBC radio. But today, if the Taliban does something it will be heard about right away, as the younger generation and women will react. I think it will be hard for the Taliban to rule as they did before.

But another difference is that the long presence of the US military made many Afghans associate Christianity with Western culture, and along with it the homosexuality and prostitution that are a challenge to local values.

Now they will see a different side of Islam, one of brutality and killing.

But they will also see a different side of Christianity. While the Taliban is hating their enemies, we have images of US forces doing all they can to evacuate Afghans, including filling planes with far more people than they can hold. And they also see the kindness of soldiers, holding babies and helping a pregnant mother deliver.

Afghanistan also needs economic assistance, which will open the borders. Christians will come from Pakistan, Iran, and central Asian nations. The people will see the humanitarian emphasis of Christianity, as they help support them and become a voice to the voiceless.

Did the US military presence help or hurt Afghanistan overall?

Under their watch, the Afghan government opened civil society. Girls went back to school, millions benefited from education, and women got involved in all aspects of life. There were signs of democracy and other freedoms, especially compared with neighboring countries.

But there were areas where the US military has a catastrophic impact.

In 2001, Afghanistan produced [a fraction] of the world’s opium supply. Twenty years later, it is 80 percent, with two million addicted Afghans. And corruption became a way of life, as warlords were given money to keep the peace. One believer told us that just to get regular paperwork, he had to pay a couple hundred dollars in bribes.

All this took place under the watch of the international community.

And ethnic conflict, which was present during the British and Soviet eras, continued under the Americans as Pashtuns were given the best positions. And then at the end with the peace deal, the Americans freed 5,000 Taliban members and other terrorists from prison.

It is understandable why the Afghans didn’t fight for their government. The United States was the mentor for civil society, but then made a deal with its enemy. People just lost their motivation. They feel abandoned.

How does this history impact future prospects for the gospel?

We have to give credit to the Lord. He works through difficult circumstances and turns evil into good. Despite these problems, there has been growth in Christianity inside Afghanistan. But at the same time, people have seen a mix of Christianity and Western culture.

Going forward, they will see pure Christianity—indigenous Christianity. The international community can pray and help support. But the Afghan church must now lead its own worship, and give its own teaching. God willing, they will put away their differences and unite in Christ.

A few years ago, I was teaching on forgiveness and a Hazara believer told me the Taliban killed his family. I believe in Jesus, he said, but I cannot forgive them. But then God opened his eyes, and he was able.

And then recently in London at a conference for Afghan believers, a group of Hazara, Tajiks, and Pashtun met together and asked each other for forgiveness. Christianity is what makes it possible to live at peace with other ethnicities. If this can happen, it will have a great impact.

[ This article is also available in español and русский. ]