New research shows that Americans’ religiosity increasingly doesn’t line up with whether they officially belong to a congregation.
Ryan P. Burge|August 24, 2021 06:00 AM 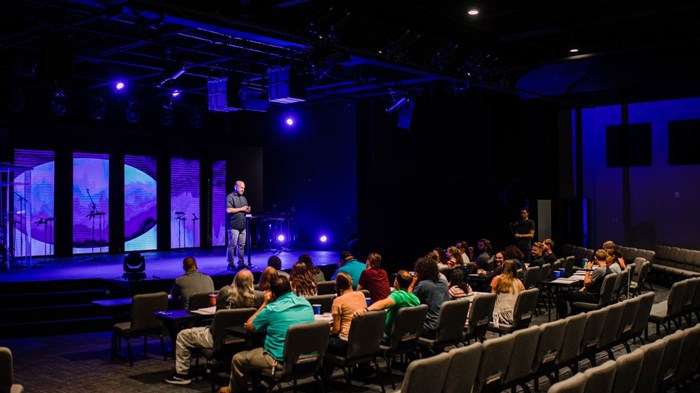 Earlier this year, Gallup reported that for the first time in the country’s history, fewer than half of Americans were members of a church or house of worship.

The news was covered widely, one of the biggest religious headlines so far this year. It resonated with many and seemed to indicate how dramatically the religious landscape has continued to shift.

Gallup has been asking survey respondents if they are a member of a church, synagogue, or mosque since the mid-1930s. Until 1990, that percentage stayed relatively stable around 70 percent. But from then on, it began to drop precipitously. By 2010, it was 61 percent, and eight years later it was at 50 percent. Then, in 2020, the poll indicated that just 47 percent of Americans were members of a religious body.

While the Gallup finding is certainly significant, the way that the survey firm poses the question doesn’t line up with how many Americans understand and practice their faith in the 21st century. For a growing number of churches, membership has been deemphasized (if not eliminated altogether) as they try to become more relevant to a younger generation that places less emphasis on attachment to institutions.

Along with fellow researchers, I wanted to understand how church membership intersects with other measurements of today’s religious faith and practice. We put a survey in the field that asked the same question that Gallup posed, “Do you happen to be a member of a church, synagogue, or mosque?” But we also asked a number of other questions that tapped into the various dimensions of the religious experience. The results indicate that membership is not a perfect proxy for an individual’s religiosity.

According to our survey of just over 1,000 respondents, about half indicated they were members of a church or house of worship, which is largely in line with the finding from Gallup. But looking at the habits of those who were not members, it became clear that many Americans don’t see it necessary to join a church to attend services regularly.

Nearly a quarter of respondents who were not church members said they attended church at least once a year—these could be people who attend church on special occasions like Christmas, Easter, or baptisms. But about 1 in 10 nonmembers actually go to church every week or more, the level of attendance we might expect among highly committed church members.

From the Gallup survey, it could have been easy to conflate nonmembers with nonbelievers, but our research shows that nonmembers are actually more likely to identify as some kind of Christian than to consider themselves entirely unaffiliated with religion.

What’s driving the decline in church membership if it’s not merely a move away from religious affiliation? There are several likely culprits, with age being the most evident.

Older Americans grew up at a time when church membership was often expected; it was the most common facet of religious life. Thus, it would be fair to assume that older individuals would be more likely to indicate that they are members of a church than younger ones.

Yet the data here indicates that there’s no strong relationship between age and church membership among those who identify as Christians. About 57 percent of adults 35 and younger say that they are members of a church—the same as those of people who are 65 and older.

The only outlier here is people between the ages of 36 and 50—much of Gen X. Over 80 percent of them indicate that they are church members. There’s not an easy explanation for that aberration.

Another potential place to look for differences is in the type of Christian tradition. Nondenominational churches are growing, and many do not place a great deal of emphasis on formal church membership.

Yet when comparing nondenominational Christians, Southern Baptists, and Roman Catholics, 70 percent of adherents to each tradition say that they are church members. In other words, there’s no evidence in our survey that specific types of Christianity lend themselves to a stronger connection to church membership than others. Within all traditions, we see a sizable minority who come, even week after week, without making the move to make their place in the congregation official.

CT has previously covered the “confusion and apathy” around church membership and the challenge for leaders to present biblical, caring, and clear expectations for membership.

“Pastors lament declining ‘enrollment’ and a wave of religious commitment-phobia that was uncommon a generation ago,” wrote minister and author Tracey Bianchi.

“This trend goes beyond the exodus of people abandoning church altogether; it takes place inside many congregations among some of the most faithful attenders. New church plants increasingly choose not to implement membership while established churches consider jettisoning their once stalwart programs.”

As I outline in my book, The Nones: Where They Came From, Who They Are, and Where They Are Going, the United States is more secular today than at any point in its history. But measuring that secularizing process through the lens of religious membership provides only a partial picture of the phenomenon.

It seems likely that the share of church-attending nonmembers will continue to rise as American society moves away from traditional religious institutions. Measuring religion should be done from a variety of angles, including measures of religious behavior, affiliation, and membership.